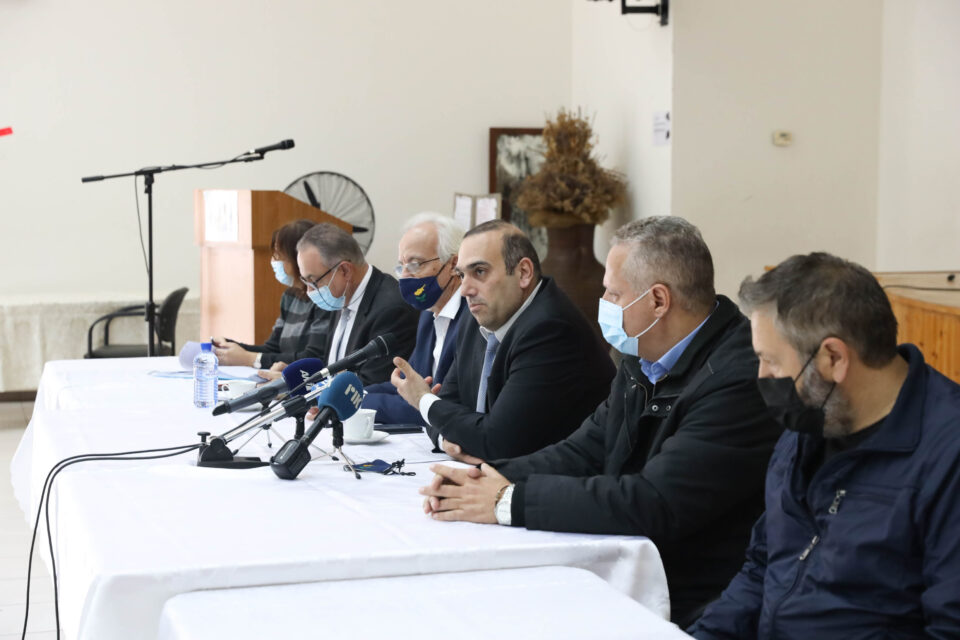 The transport ministry on Wednesday announced the tender for the construction of the Astromeritis to Evrychou road, an €89m project for a four-lane 11-kilometre road estimated to be completed within three years.

Transport Minister Yannis Karousos announced the tender from Galata village in the Solea area, whose residents, around 60 communities, are expected to benefit from the project since the road will make it easier for them to travel to Nicosia.

The project includes a flyover roundabout in the Koutrafas area, as well as two overpasses and two ground level vehicle crossings to connect the areas on both sides and the existing road. It also includes a large valley bridge of about 700 m on the river of Elia (Vyzakia).

The project also provides for a roundabout where the road ends, at the junction of Kalopanayiotis to Kykkos. Earthworks, rainwater drainage, construction of retaining walls, utility networks, road marking and signs, and safety railings are included.

The existing Astromeritis to Evrychou road will also remain open to traffic after the construction of the new one.

Karousos said this project is a top priority for the government and for this reason it has been included in the National Strategic Plan for Mountain Communities with its implementation approved by cabinet. This is a project that local communities have been waiting for decades, he said.

“With the construction of this highway, various problems related to road safety will be solved and, at the same time, the villages of the area will be revitalised and see further growth,” Karousos said. The new road, he added, in addition to the residents of the Solea villages, will also be used by everyone who want to travel from Nicosia to the wider Troodos area.

The local community leaders expressed their satisfaction with the fact that the highway is finally on its way to implementation after decades of waiting, and thanked Karousos for his consistent dedication to this process.

They expressed the belief that, by facilitating their access to and from Nicosia, fewer locals will move to urban areas while the quality of life of the residents of the wider Troodos region will improve.