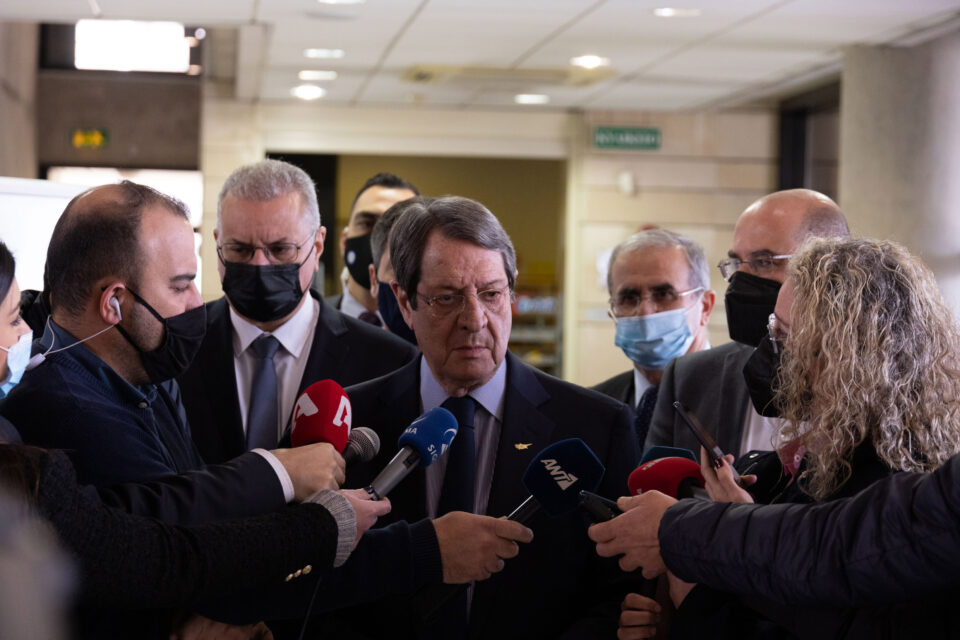 President Nicos Anastasiades will likely refuse to sign off on, and then send back to parliament, a legal amendment passed last week which would see four of his aides lose their jobs once his term comes to an end.

Anastasiades demurred on Monday when asked whether he has sought advice from the attorney-general, who would provide the legal ammunition for the president’s refusal to accept the law. But media reports said the president will probably go down that route, arguing that the legal amendment in question – voted through last Friday along with the state budget – is unconstitutional.

The issue relates to four women working as aides to the president. One happens to be Anastasiades’ niece.

They had been hired on a contractual basis in 2013 with Anastasiades’ ascendancy to the presidency, having previously worked for him at the Disy party. Under the terms of their contract, they should have been let go once Anastasiades was no longer president.

But in 2018 the four aides managed to get their work association with the presidency converted to the status of open-ended contracts – effectively rendering them civil servants and thus entitled to ongoing employment and associated benefits.

The reveal had caused a stir in parliament, with Auditor-general Odysseas Michaelides arguing that the conversion of the employment status was highly irregular, since the four aides were originally political appointees.

At the plenum last week, four opposition parties voted to amend the relevant law, inserting a clause terminating the employment of the four aides once Anastasiades steps down as president.

However the president would likely argue that this is unconstitutional, as it discriminates against the four women – given that over the years hundreds of individuals have likewise been ‘upgraded’ from fixed contracts to open-ended contracts. The difference in the case of Anastasiades’ aides being that these were political appointees.

In addition, the four aides could seek redress with the Labour Court, arguing unfair dismissal.

How it plays out from here on depends on whether Anastasiades decides to double down by refusing to sign off on the legal amendment. If he does, he would send the law back to parliament, asking MPs to reconsider. Should MPs also stick to their guns, the matter would end up in the supreme court.

In tandem with the amendment on the four presidential aides, MPs also voted through an amendment relating to the remuneration given to advisors of various state officials.

Iosif has civil servant status, being an employee of CyBC, which is part of the broader public sector.

But under the legal amendment, any civil servants – employed either by the central government or the broader public sector – who are appointed as advisors to state officials (the president, ministers, the Speaker of the House) would not see their remuneration bumped up.

Cyprus secured most EU funding for research centres of excellence