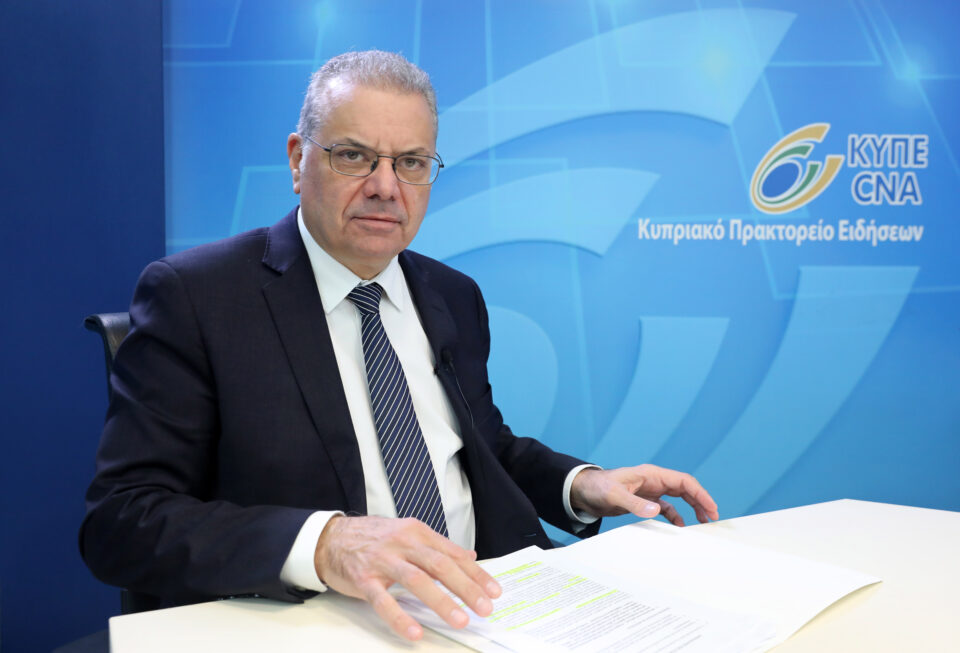 The speedy processing of asylum applications has led to a massive backlog in court appeals, Interior Minister Nicos Nouris said on Wednesday arguing there was no other choice but to tackle arrivals by upping checks along the buffer zone.

In a video interview with the Cyprus News Agency, Nouris pointed out that the progress the country has made in tackling asylum applications has led to other problems that now need to be addressed.

He said his ministry’s services issue between 800 to 1,000 rejections to applications every month because they have speeded up the examination of asylum applications to within 10 days. “No other country has done that. We have succeeded in this since January 1,” Nouris said.

But according to Nouris, this has created a new problem for the government in the form of backlog in court cases. “There are already 7,000 applications pending before the international protection administrative court, which is unable to keep up with the pace the interior ministry’s asylum service is working,” Nouris added.

Another problem, he said, is the return of migrants whose application rejection has been upheld by court, to their country of origin.

He said there are too many applicants whose stay in the territory of the Republic is not justified, “but we are unable to return them.”

“We have great difficulties beyond the economic issues, due to that there is reluctance from many countries to accept even their own nationals.”

There are many countries, he said, that though they do not respond negatively, they do not show willingness to welcome back their own nationals. These countries are mainly located in Asia and sub-Saharan Africa, he added.

As regards relocation of some applicants to other member states, Nouris said there is reluctance by many countries to agree to this.

Therefore, he said, “this is a complex problem for which, we have no choice but to continue working both to improve court proceedings and on returns.” The minister also said that they must also continue at the same time with actions in the buffer zone to curb the numbers of migrant arrivals.

Nouris said Cyprus has been recording a negative first for the fifth year in the row among EU member states. “We are the country with the highest, by proportion of population, arrivals of illegal immigrants,” he said.

By the end of November, the asylum service received 12,200 new asylum applications with 85 per cent concerning arrivals through the buffer zone, which he said, were systematically channelled from Turkey, daily.

He referred to the letter by President Nicos Anastasiades to European Commission President Ursula von der Leyen asking for permission by exception to suspend asylum applications by persons entering the country illegally. “So that we can send people-smugglers a clear message that even if they do transport these people to Cyprus their asylum application will not be accepted,” Nouris added. This, he said, will give time the government process the around 17,000 pending applications.

He said that Cyprus, along with other frontline countries such as Greece, Malta, Spain and Italy, have called for support from the EU, until there is consensus by the bloc for a unitary migration policy, for effective management of external borders. This includes the buffer zone in Cyprus, that, though it is not the Republic’s external border, he said, is where 85 per cent of irregular migrants enter the government-controlled areas from.

They also called on the EU to conclude bilateral agreements with third countries so that member states can return third-country nationals to safe countries, and that the EU-affiliated organisations FRONTEX and EASO, take a more active role in assisting with return issues, Nouris said.

On criticism against the razor-wire fence and the installation of cameras along the buffer zone, Nouris said he has yet to hear any alternative suggestions from detractors.

The minister also referred to the exploitation of migrants by many property owners who earn a lot of money by letting many people live in unsuitable lodgings.

He said his ministry had reported such a case to the police last October, concerning the conversion of an industrial unit to lodgings for migrants in an area in the Nicosia district. The ministry said on Tuesday, following reports on the wretched conditions the occupants were living in, that it was not a prosecution authority and called on all competent services to be more effective on such cases.

Nouris said his ministry has sent a letter to the attorney-general calling for a change to the law and the creation of a new institution that will be able to issue decrees for the suspension of operations of places when inspectors by local authorities, public health services or the interior ministry, find that they are unsuitable.