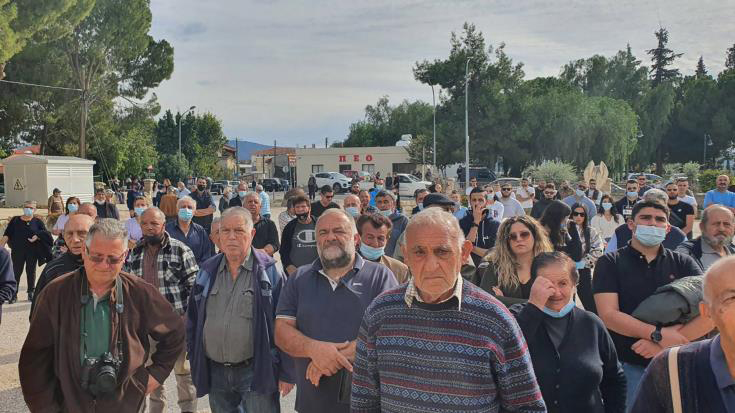 A full-time medical lab professional and two additional radiologists will be employed at Polis Chrysochous hospital in March, allowing the two departments to operate on a 24-hour basis.

This was one of the decisions taken at a meeting in Nicosia on Wednesday between the health minister, the state health services organisation (Okypy), Polis Chrysochous mayor and Paphos MPs to address problems at the hospital.

It came two weeks after Health Minister Michalis Hadjipantelas visited Polis to discuss residents’ protests that understaffing at the hospital was endangering lives.

The tipping point came after a pensioner died in a taxi on his way to Paphos hospital from Polis as the local hospital did not have an available ambulance to transfer him or an inpatient ward to treat him.

Polis Chrysochous mayor Yiotis Papachristofi said at the time that the minister had witnessed the frustration of residents in a region numbering more than 30 communities because the hospital was not operating as it should and promised to announce “real solutions” by the end of 2021.

That meeting was held on Wednesday – within the end of year deadline — but according to a statement by the mayor, was at times acrimonious.

The meeting, he said, was held within a “particularly tense climate between himself and the leadership of Okypy”.

After heated discussion and the personal intervention of the health minister, solutions were found to improve the operation of the A&E department, he added.

As from January 1, the lab and X-ray department will operate with two shifts daily from 7.00 am to 8.30 pm and on Saturday mornings. This arrangement will apply for three months

From the beginning of March, a medical lab professional and two radiologists will be hired so that the lab and X-ray departments can operate on a 24-hour basis, with an on-call system for nights, weekends and public holidays.

It was also decided that applications for two new emergency department doctor positions will be invited immediately while Paphos hospital doctors will cover medical specialisations from February to end of April with a gynaecologist, an orthopedist and a cardiologist. This arrangement will be reassessed at the end of April.

A permanent cardiologist’s position will be opened from March to cover Polis Chrysochous hospital on a 24-hour basis, it was also decided.

During the meeting, the minister made the personal pledge to Okypy’s leadership that once the coronavirus situation improves and the Covid wards at Limassol and Paphos hospitals are less crowded, the ward for in-patients will resume operation at Polis hospital, and doctors seconded to other hospitals will return, the announcement concluded.

The hospital’s cardiologist and specialist pathologists had been moved to Paphos and Limassol hospitals to cover needs in Covid wards there.

Our View: Government cannot dictate the charging policies of banks