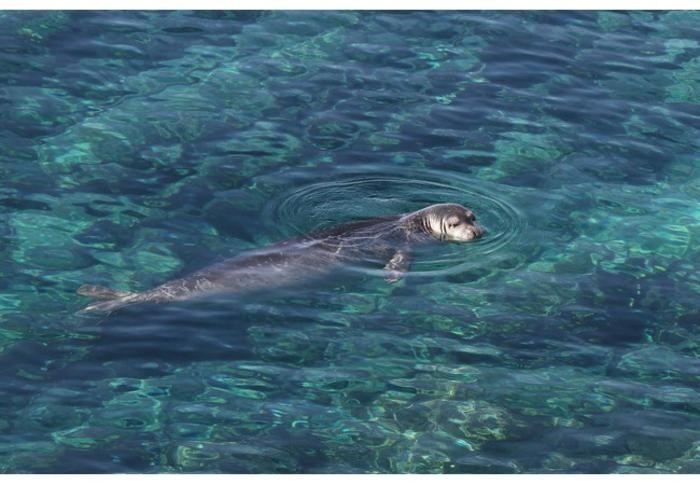 The fisheries department on Thursday urged people not to disturb seals after reports of sightings of members of the Monachus monachus population in the Ayia Napa area, as this could drive them away or endanger the animals’ lives.

According to the fisheries department, its team of experts have been monitoring through cameras the Monachus monachus seals that have been visiting the caves in the Ayia Napa area in recent years.

The Mediterranean monk seal is the rarest of the 33 seal species in the world and is protected by national, European and international law, the fisheries department said. In Cyprus its population is around 19 people.

Animal behaviour, it said, is greatly affected by human presence “therefore we should respect their presence without interfering with their space.”

The Mediterranean monk seal prefers rocky and inaccessible shores and sea caves that offer it isolation and quiet. Although it spends most of its life at sea, it uses land habitats for both rest and reproduction. The existence of such land habitats in an area is considered an important factor for the survival of the species and they need protection, the fisheries department said.

“It is absolutely necessary for humans to understand and respect the need of the animals that use the area to isolate and not to invade in any way either inside their shelters (especially during this sensitive breeding season) or in their area in general,” it added.

Disturbing the seals could lead to the abandonment of newborns by their mothers resulting in their death from starvation. Constant harassment by human presence could also force seals transfer their pups to another, unsuitable place.

“Let us not become the cause of loss of even one life of these emblematic species of our country so that they continue to adorn the Cypriot seas and the biodiversity of our country,” the fisheries department said.

“Any inconvenience will lead them to other areas, perhaps outside Cyprus, something that none of us wishes,” it added.

According to the fisheries department the Mediterranean monk seal has always been part of the biodiversity of Cyprus but between the 1960s and the end of the 2010s, occurrences of the species were rare, while there was no evidence of reproductive activity. From 2011 onwards it seems that the species is recovering in the Cypriot seas and has now created a local, small, but breeding population.

A team of experts from the department has been monitoring the seals since 2010 and has been recording their population with visits to sea caves to detect the presence of any around and the installation of cameras. The team has recorded all the shelters used by the species throughout the Cypriot coastline and with the help of specialist equipment, the monitoring is done on a 24-hour basis. In addition, a database is maintained at the fisheries department which shows sightings of the seal around the island.

The fisheries department urges member of the public, in case they come across a seal, to send this information about the location at [email protected]. In case they locate an injured or dead seal they are urged to call 24205907 or 22805532.