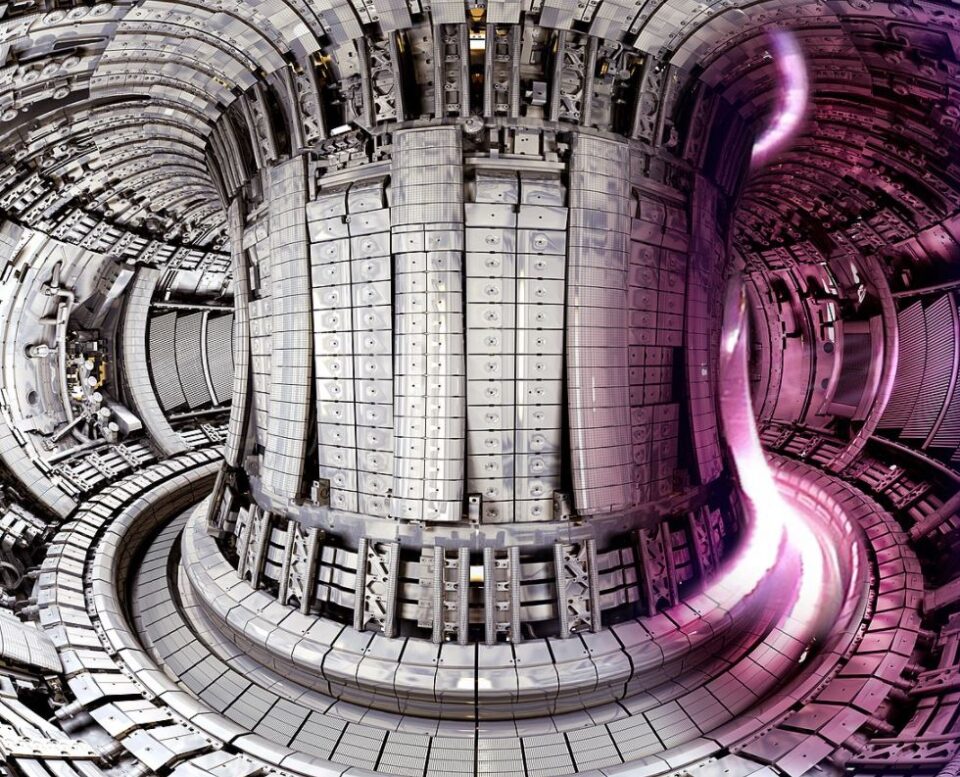 Fusion Reactors CEO Christos Stavrou is unequivocal when he speaks about the potential value of fusion technology, both in terms of its use to the world, but also to Cyprus.

“A private fusion company in Cyprus would provide a significant boost to the island in a number of ways,” Stavrou told the Cyprus Mail, adding that the commercialisation of fusion has the potential to usher in a new era, similar in scope to that brought by the industrial revolution.

This was followed by taking up roles at the Joint European Torus (Jet), an operational magnetically confined plasma physics experiment at the Culham Centre for Fusion Energy in Oxfordshire, as well as Tomahak Energy, a major fusion energy company based near Oxford.

“Having worked in both the public and private fusion sectors, I identified significant improvements to existing devices, which I believe will significantly accelerate the commercialisation of fusion,” Stavrou said.

“Both I and the team at Fusion Reactors believe that fusion is absolutely crucial in reducing greenhouse gas (GHG) emissions and thus in helping us avoid a climate catastrophe,” he added, explaining that his desire to launch Fusion Reactors stems from his goal of delivering commercial fusion as early as feasibly possible.

Stavrou and the team at Fusion Reactors have been working over the past two years to finalise their designs and methodology and are now ready to begin operations.

“We intend to begin fundraising in the first quarter of 2022 and begin operations as soon as the funds have been raised,” Stavrou said.

The Fusion Reactors CEO added that while the company is currently based in the United Kingdom, they are open to relocating elsewhere, including Cyprus, if an investment opportunity arises.

The company is developing a reactor that can generate heat similar to that produced during the burning of fossil fuels, from which then electricity can be generated.

“This means that it can like-for-like replace the fossil-fuel burning boilers in existing and new thermal power stations, thereby converting them to green, sustainable power generators,” Stavrou said.

“Using Cyprus as an example, imagine keeping the current power stations (e.g. Vassiliko) with their current capabilities (generating the same amount of electricity, using the same existing grid infrastructure and with the same reliability and availability), but not burning diesel or mazut to get this electricity,” he added, explaining the conversion of the same power station to one that is completely zero-carbon, green and sustainable.

Stavrou deems the level of current climate change efforts both in Cyprus and abroad to be far from sufficient.

“In Cyprus, for instance, we are working and planning to become a fossil fuel (natural gas) producing country, at a time when fossil fuels should be phased out, with this increasingly happening in other countries,” Stavrou said, qualifying it by saying that this is understandable from a short-term economic point of view.

Humanity is currently faced with the challenge of satisfying an ever-increasing energy demand while decreasing emissions. This has placed renewable energy at the forefront of this challenge. While Stavrou sees the value in renewables, his view is somewhat less enthusiastic than most, describing them as being part of the solution, not the solution on their own.

One of the examples Stavrou mentioned is that of the UK, where renewables penetration is already quite high, bringing up instances where the country had to rely on fossil fuels, including coal, to bridge the gap in electricity production during low wind and sunshine conditions.

“It is exactly this reason why fusion is crucial, considering that by directly replacing fossil fuels, it allows the continued use of existing infrastructure,” he said, adding that “this means we can quickly scale up to meeting future demand with no GHG emissions and no weather dependency”.

Fusion has progressed from state-owned labs, with little interest from the private sector, to an explosion in private ventures.

One example is TAE Technologies, which was founded in 1998 and has grown into a company employing more than 250 employees. As of 2021, TAE Technologies has raised $880 million in funding, an industry-leading amount.

As recently as November of 2021, Helion Energy, founded in 2013, received $500 million in Series E funding, with an additional $1.7 billion of commitments tied to certain milestones and benchmarks.

“We have had interest expressed in our company already, and we expect that this will increase further when we start fundraising,” Stavrou said, explaining that the aforementioned companies started with small amounts similar to those in Fusion Reactors’ first fundraising rounds.

“Our first fundraising round will allow us to complete the first phase of our roadmap, which includes setting up our main facility and completing experiments on two of our devices,” Stavrou added.

Cyprus and all of Western Europe in the deep red