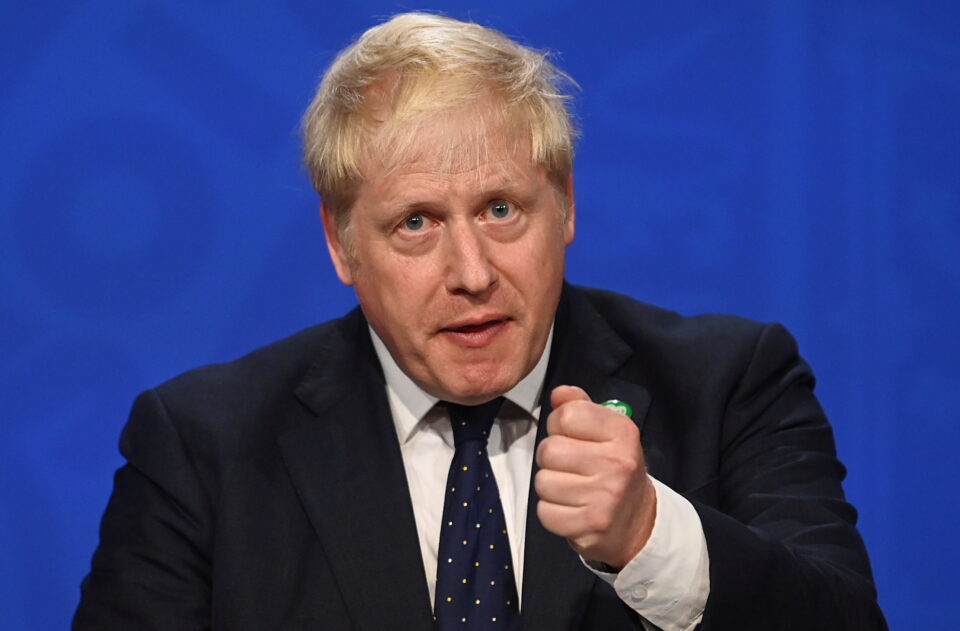 Nothing would become Johnson more than having to resign over too many parties.

Boris Johnson was caught bang to rights. While still recuperating from fever and low oxygenation brought on by Covid-19 he attended a garden party in Downing Street during the 2020 lockdown, contrary to the instruction he himself had given England on March 23.

People loathe those in power not following the rules they make for the rest of us and when they don’t, pandemonium ensues, and the knives come out. Breaking rules you impose on others is a vote-loser like no other and when compounded by constant fibbing, as it has in the case of Johnson, his position has become precarious and he needs to mind his back.

Added to which you have his staff in Downing Street disrespecting the death of the Queen’s consort, Prince Philip Duke of Edinburgh. He died last April just shy of his hundredth birthday. While Queen and country were in mourning, staffers in Downing Street held two parties the day and night before his burial. The British love to party and love to drink, often to excess, and good on them too, but these were two parties too many – indecent even.

However, even if Johnson were minded to resign, his wife won’t let him; she didn’t spend all that suspect money renovating the flat above Downing Street at huge political expense to be evicted over having parties. It is absurd if you think about it, but nothing would become Boris Johnson more than having to resign over too many parties.

Johnson is naïve as well as disingenuous. He was naive to think he would not be found out and disingenuous in his condemnation of parties in Downing Street knowing there had been at least one in his own garden seemingly in breach of Covid regulations.

He is also unwise to peg his fate on the internal enquiry by Sue Gray, an independent minded apparatchik well versed in the shenanigans of those in power. As someone said of the Supreme Court: you never know what they may decide. Giving hostages to fortune is never a good idea, and in politics it can be fatal; unless of course the event in the garden of Downing Street was video recorded, as it must have been, and it shows social distancing strictly observed.

All that having been said, it is very human for people to party and have fun in difficult and dangerous times – without in any way disrespecting those who perished in the pandemic and their loved ones.

During the blitz in World War II lots of Londoners were having the time of their life as bombs rained over London. “We can take it” was the slogan to stiffen people’s resolve and it worked.

Winston Churchill sounded permanently on the bottle and his whisky voice was more reassuring and inspiring for it. Beer was not rationed in the blitz and there was a lot of lovemaking during the numerous blackouts. There is a story, probably apocryphal, that some early London Cypriots even died in the blitz while playing poker in a club off Charlotte Street.

There is a lot of sanctimonious humbug peddled how angry the great British public feel about garden parties during lockdown but that’s not entirely fair.

There is nothing the British public like more than getting a bit of sun on warm balmy days in springtime when the cherry blossom is lovely, the days are getting longer, the birds are singing and the parks and squares are swarming with people. May 2020 was not very different.

Not everyone followed the letter of the law forbidding social mixing in England’s green and pleasant parks that May. Regulatory laws such as the instruction not to mix do not involve moral turpitude and their enforcement by police was not heavy-handed.

The weather was glorious, and most days I went for walks in Hyde Park in the mornings and Holland Park in the afternoons and both parks were chock-a-block; you could not see the grass for the people sunbathing and picnicking and having a glass or two.

The police kept a low profile and a soft touch. Not every violation of lockdown laws needed to be enforced as Covid restrictions were disproportionately intrusive of people’s private lives. And so it was that a bring-your-own booze party was organised in the garden of Downing Street for staff working there who would otherwise have been breathing into one another’s faces indoors.

If only Johnson put his hands up the moment rumours about parties in Downing Street emerged, without dissembling and telling porkies, he would have nipped the whole parties scandal in the bud. Confess and avoid is often the best policy.

England is a cohesive and tolerant society except in one important respect that goes back to the time of Charles I and Oliver Cromwell in the 16th century. It is divided between Cavaliers and Roundheads.

Cavaliers have a relaxed attitude. They are naturally forgiving of Boris Johnson’s cavalier style of government and his libertine personal life and libertarian instincts.

By contrast Roundheads have a strict literalist approach to rules and regulations and are puritanical and abstemious killjoys who adhere rigidly to rules. They are disgusted by the louche regime Johnson runs in Downing Street and battle has now been joined between the same old adversaries just like it was in the reign of Charles I who was found guilty of treason and beheaded.

The Cavaliers lost and the Roundheads won, and Oliver Cromwell became Lord Protector – dictator in modern parlance – and then everyone recanted and a delicate balance was struck between Cavaliers and Roundheads that lives on to this day.

Heads will roll this time too and it may in the end include the blonde head of the prime minister.