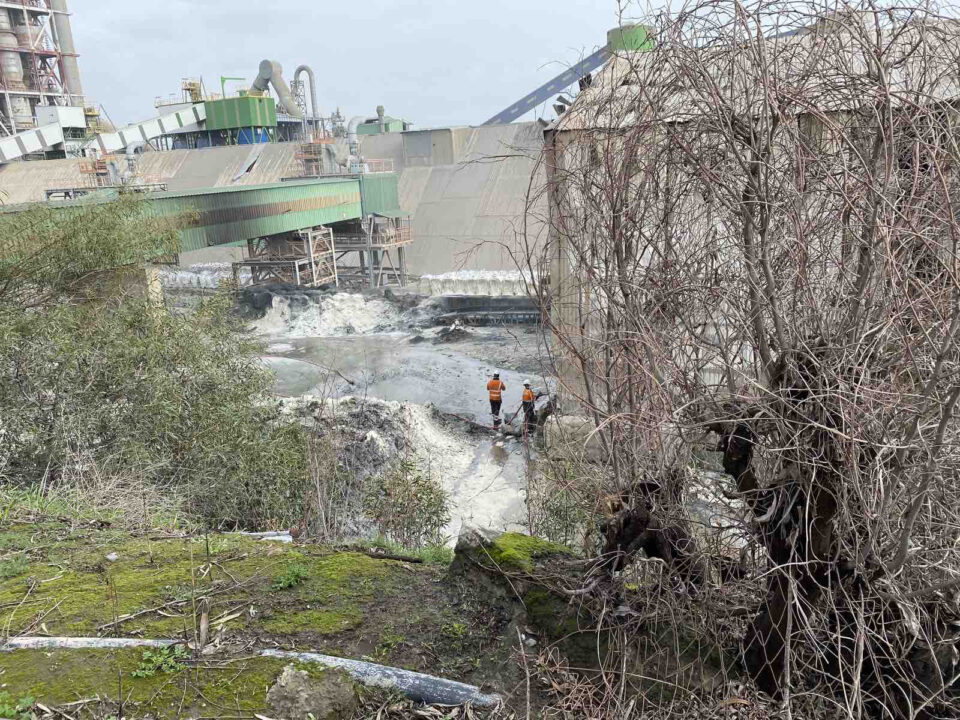 The fire at Vasiliko last week

Vasiliko area communities on Tuesday welcomed moves to address their safety concerns. including through increased government oversight of projects underway there.

The decisions were taken at an urgent meeting convened by President Nicos Anastasiades on Monday in the wake of last week’s fire at the Vasiliko cement works, which further fanned residents’ fears about their health and safety from the heavy industry.

Kalavasos community leader Lefteris Fokas, who is also president of the coordinating committee of the nine communities near Vasiliko, told the Cyprus News Agency that however belatedly everyone was becoming aware of the risks posed by the energy centre in the area.

“Cyprus’ energy has congregated in one location, and it is of the highest importance that we realise that we must be very careful, since it is clear that however many measures are taken, the risk of an accident cannot be eliminated,” he said.

At Monday’s meeting, Anastasiades gave clear instructions on how to proceed with the completion of the projects that relate to the creation of the energy centre and asked for progress reports to be submitted every two weeks.

Fokas said the communities were “very satisfied” with the meeting. As a first step, they welcomed the president’s proposals for the installation of fencing and cameras and patrols as well as the infrastructure for a fire service pumping station to supply the area with water. “However, we consider all these projects are pending, as they are still at the planning stage.”

While a fire station has been built in Vasiliko, the 56 fire fighters who will staff it are yet to be appointed. “We consider it a positive fact that we have been promised that the station will operate even with the transfer of some fire fighters,” he said.

He added that it was important that a working group was being set up to monitor progress on a fortnightly basis. The coordinating committee had suggested that a representative of the nine communities also participate, but Fokas said he did not know whether this idea had been accepted.

“We also expect some of the issues that we discussed at the previous meeting at the energy ministry in early January to be implemented,” he said. Among them is that the area is not used for ‘high-risk’ factories such as ammonia, methanol and asphalt and anything else that may be polluting.

He said that the energy ministry had on January 10 replied that it agreed with the committee’s demand regarding high-risk factories with the exception of methanol, something Fokas said the committee did not accept.

Also still pending is the question of the asphalt factory which the ministry wants moved to the Kalavasos industrial area, situated next to the quarry, which the committee also rejects.

The ministry will appoint someone for safety issues at the energy centre and has accepted the committee’s request to hire someone from the communities to be paid by the state, who specialises in environmental and safety issues. “This individual will be in the area for checks and to deal with any incident,” he said.

Fokas said that the factories may be in line with EU rules but residents were concerned about checks being carried out once they are operational.