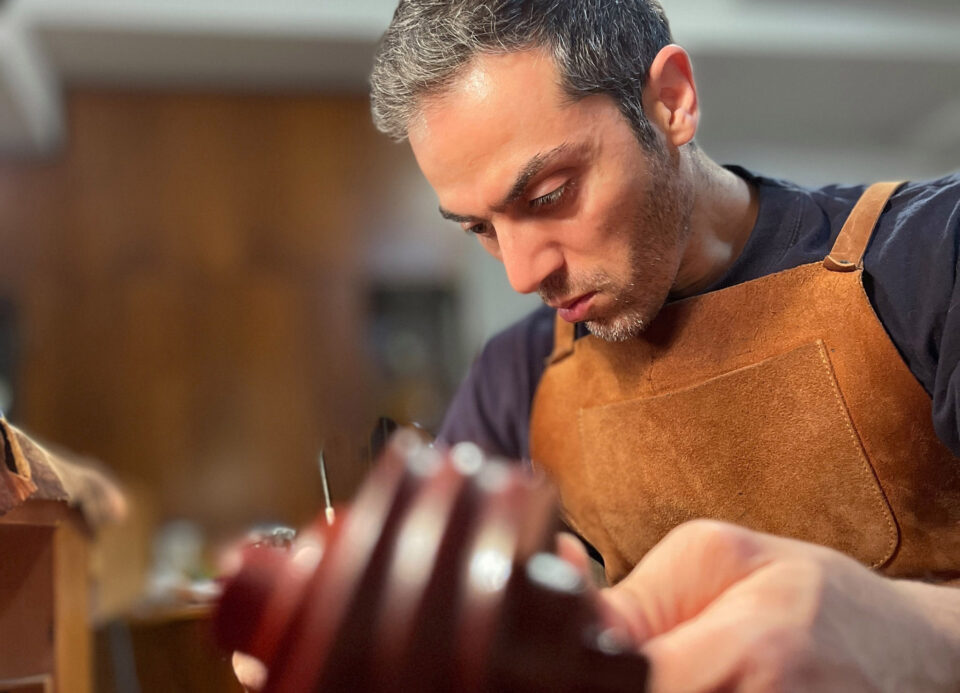 On an unobtrusive street in the island’s capital, and in his low-ceilinged workshop, Michalis Pantelides gouges a piece of decades-stacked, seasoned dried wood with one of his many hand tools, thereafter, smoothing out the marks with another tool neatly slotted above his workbench.

In the background, an iconic piece of classical music sets the mood, as Michalis remains focused on his craft. “It is a challenging and intricate process, requiring patience and time,” Michalis revealed. “You have to prepare for that sweet and brilliant sound, from the moment the wood arrives, the first stroke of the gouge, its meticulous design, old-style approach to varnishing, to assembling and selling the finished instrument.” 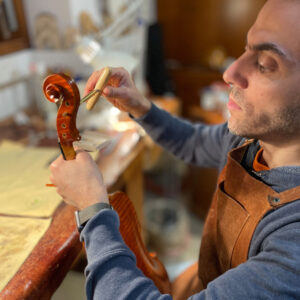 Michalis came to violin making through a love of both music and his hobby for building scale models. A violinist who began playing at an early age, and later with the Cyprus Youth Symphony Orchestra, Michalis decided to pursue the art of violin making in Cremona, Italy, the birthplace of Stradivarius and a veritable laboratory for luthiers from all over the world.

“Cremona is highly renowned for its violin makers who continue to keep the ancient tradition of fashioning and restoring violins, violas, cellos and basses alive,” Michalis told the Sunday Mail. “I wanted to learn the traditional techniques that hold unique importance in the world of music.”

According to Michalis, every violin has its own characteristics and voice. “My violins take on personal qualities of their own that are apparent in both character and creative process.” Although Michalis prefers to keep these qualities in close regard, there is one detail in his violins that reflects the individuality of his masterpieces. “The fire stamp is an important trademark tool for violin makers since the 16th century. Engraved within my violins, it allows my brand, the age of the instrument, and place of origin to be easily identified.”

The Cremonese art of violin making that was imparted to Michalis, follows the methods of the city’s old masters, requiring over two hundred hours to complete a single violin. However, the industry has been affected by factories where thousands of violins are mass-produced each year from semi-industrial materials and sold at inexpensive prices.

“Those instruments appear to be the same; there is no way to tell them apart unless you have the know-how. Here, I make something different,” Michalis said, his voice tinged with pride. “Having had the privilege of playing and studying violins such as Amati, Stradivari and Guarneri, I work that music experience into my own violin making, giving my violins that something extra.”

From his workshop in Nicosia, Michalis Pantelides uses his years of experience in the trade, providing restoration to fine quality instruments and bows. From a simple exchange of strings to a deeper restoration of a rare instrument, Michalis insists on maintaining the originality of the instruments and their integrity, regardless of value.

“The most important thing when approaching a restoration, is the preservation of the original wood and varnish of the instrument, always looking for the highest quality in relation to sound, look, and finishing.” 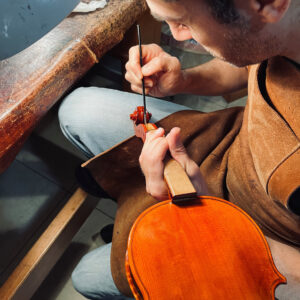 For almost two decades since Michalis first set up shop in Cyprus, his customer-centric strategy and culture of doing business has created the best experience for his clients and has helped build brand loyalty. “Listening to violinists play an instrument that I created makes me both emotional and proud of the end result,” he admitted. “I believe my instruments choose their musicians, and not the other way around. When a deep, intense relationship is forged, in which musicians and their instruments meld into one, the vibration produces a spectacular and poignant sound.”

As a master violin maker, Michalis Pantelides did not set out to become a star in “the golden age” of modern Cypriot violin making. Instead, he set out to be the best craftsman he could possibly be, facing the challenges of an ancient craft that requires absolute precision, skill, and persistence, while specialising and becoming custodian of a method of violin making whose instruments have distinguished themselves on the world music scene.