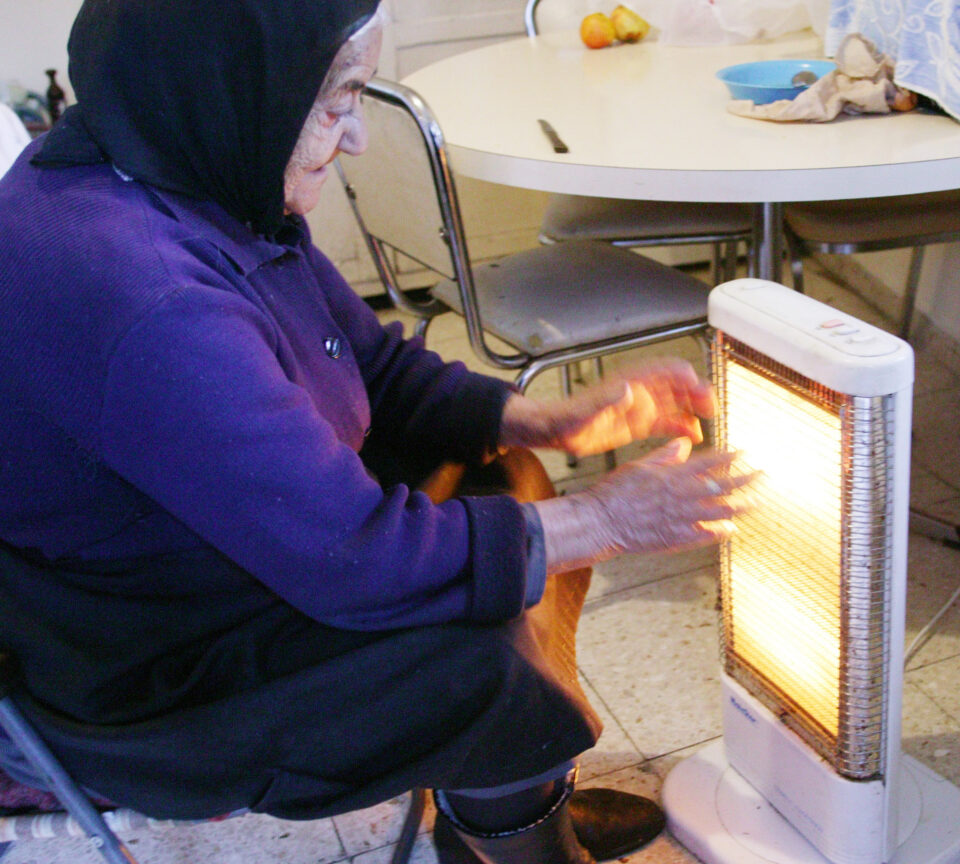 As the cold snap continued across Cyprus on Wednesday and overnight temperatures set to fall to -9C in some areas, mountain communities have complained about inadequate heating subsidies.

Civil defence, meanwhile, issued guidelines for those living in mountain areas as they prepared for more snow and frost with the met office issuing a yellow weather warning.

The temperature fell to -below zero during the day in the Paphos communities of Panayia and Statos-Ayios Fotios, which experienced snow and hail early in the day.

Statos-Ayios Fotios community leader Michalis Kimonos said that while residents of mountainous areas are used to the cold, heating costs are really high.

“If the state wants to help mountain communities, this is the time to step in by increasing heating subsidies to pre-economic crisis levels,” he said, adding that residents are finding it difficult to stay warm.

Firewood is hard to find, and it’s wrong to cut down trees to warm up, he said.

“Something must be done,” he said.

Panayia community leader Savvas Nicolaou said that winter is difficult for people living above 800m, especially the elderly, with up to 70 per cent burning wood in the fireplace.

Each household living in the mountains receives €225 as a heating subsidy, but this is not enough, he said.

“Firewood costs €100 on average, and during cold periods, a load might only last for two weeks as the fireplace stays lit 24 hours a day,” he said.

He then referred to the suggestions communities have repeatedly made to the state to increase benefits, saying that the existing measure does not cover all of Paphos’ communities, especially those in more remote locations.

The transmission system operator said that increased energy demand and production was recorded across the island due to the current cold snap.

But demand was expected to peak on Wednesday, Tapakis said, citing the drop in temperatures.

Meanwhile, the spokeswoman of the electricity authority EAC, Christina Papadopoulou told the news agency there has been no damage or overloading of the network in recent days.

She also urged all consumers to follow the energy saving tips regarding thermal insulation and indoor heating.

Meanwhile, the drop is also affecting areas in the north, where power outages continue after the damage to the generators of the power plant.

According to CNA sources, the government-controlled areas will continue to supply electricity to the north until February, despite initial plans providing for the supply to be discontinued on January 12.

The hours of electricity transmission remain during the peak hours of 4.30 to 9.30pm, with an increase in electricity supply from 35 to 60mw by the end of January.

The Turkish Cypriot side had submitted a request for electricity transmission form the republic on December 23, 2021 when a damage to the generators of the power plant was recorded, resulting in periodic power outages which have not yet been addressed.

Other sources within the industry quoted in Kibris also said power outages will continue and highlighted the need of power transmission from Turkey.

The weather also greatly disrupted the road network, with frost and snow forcing many roads to close throughout the day, particularly in the mountains.

Vavatsinia community leader Andreas Gavriel said that while snow was a beautiful sight, it created issues with the road network.

“School buses were unable to take children to school in Lefkara, and besides snow the roads are covered in ice, which makes driving even harder.”

Meanwhile, civil defence advised people living in mountain communities to prepare for more snow and frost with a series of guidelines.

Residents in these areas were asked to check their water supply, making sure that outdoor pipes are insulated and rain gutters kept clear.

At the same time, those with solar water heaters must make sure their solar panels are not blocked and have been topped up with antifreeze.

People were also advised to stock up on food and heating materials for several days, as well as snow clearing equipment, like shovels.

Civil defence reminded that all vehicles should be properly equipped for extreme weather with snow chains and antifreeze, an extra change of waterproof clothes, boots and an umbrella.

Temperatures across the island are below normal for this time of the year, according to the met office which issued a yellow weather warning in effect until Thursday morning.

Wednesday hit just 4C inland during the day, 5-8C on the coast and -6C in the mountains.

Night time saw 0C inland, 3C to 4C on the coast and -9C in the higher mountains.

Temperatures are expected to return to normal levels on Thursday, Friday and Saturday but could drop again on Sunday and Monday.

Snow was 39cm in Troodos on Wednesday afternoon.