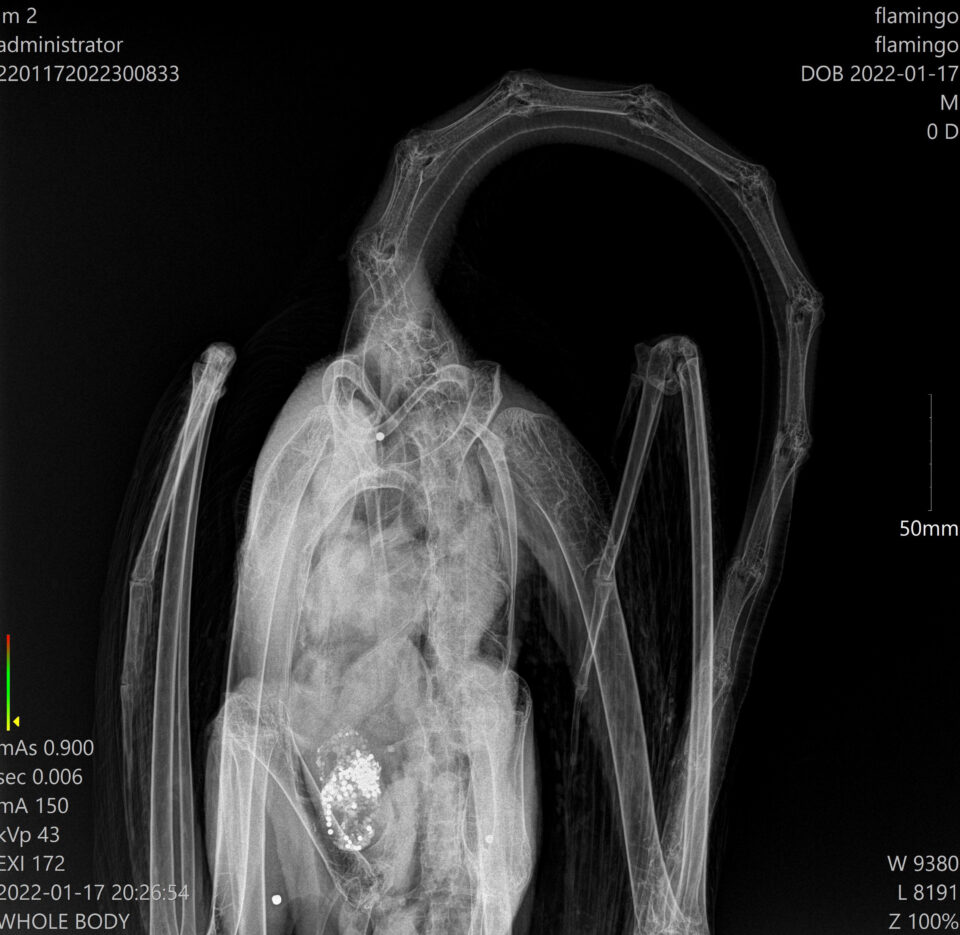 The Federation of Environmental Organisations (Opok) said on Wednesday that a flamingo (Phoenicopterus roseus) was found dead on Monday night, within the protected area of ​​the Natura 2000 Network Special Conservation Zone (EZD) and Special Protection Zone (SPA) at Paralimni.

According to the first indications and X-rays carried out by a private veterinarian, the death of the flamingo seemed to be due to the consumption of a large amount of lead from shrapnel, which were found in the stomach and probably led to its poisoning.

At the same time, lead fragments were found on the body of the dead bird caused by a gunshot but which did not injure any vital organs. The dead flamingo was handed over to the hunting and fauna service on Tuesday, which is expected to carry out official analyses to determine the cause of  death.

Opok said the incident emphasis “the urgent need for immediate termination of hunting, shooting operation, as well as the use and disposal of lead from shrapnel in and near the only natural wetland in the district of Famagusta”.

It said that based on the management plan for the Paralimni lake in 2016, some 71 per cent of the is a no-hunting area.

In this part of the lake, hunting is prohibited all year round, while in certain areas of the basin, hunting is allowed, only during the months of November – December, Opok said.

Within the area there are areas where hunting is allowed and this activity “seems to have direct and indirect negative effects on the area, the habitats and the species it hosts. In particular, the exercise of hunting activity and the human presence causes disturbance to the species, which find shelter in the SPA area”.

At the same time, this activity allows the entry of hunters with their vehicles into the lake basin, “something that has as a result the degradation of the habitats and the disturbance of the species “. 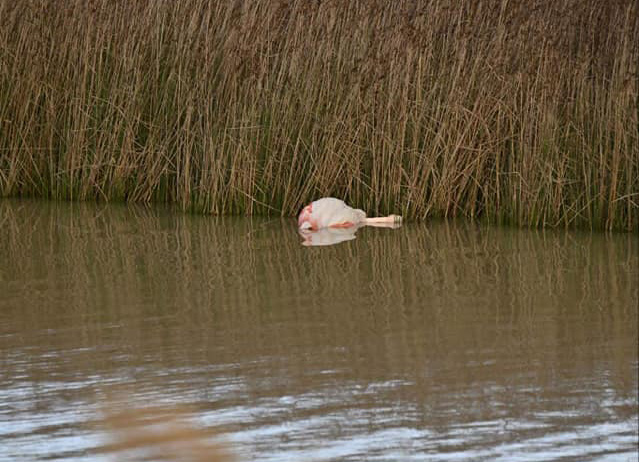 The shooting range, Opok added, is located on the southern borders of the lake, with the result that the bullets end up in the special protection zone.

“To prevent the spread of the bullets, embankments have been created within the firing range, but it seems that this measure is not fully effective,” Opok said.

“The operation of a shooting range at the southwestern end of the lake is on the one hand a source of nuisance for the species of the area and on the other hand a source of pollution, due to the lead pellets that end up in the lake basin,” it added.

It proposes that as a first step the range be covered with a special film, which will hold the lead bullets, in order to avoid further soil pollution, and after that, it be moved to another area.

Citing EU regulations, and local laws, Opok called for the immediate cessation of hunting, shooting range operations, as well as the use and disposal of lead from shrapnel in and near Lake Paralimni.

“Hunting and use of cartridges with lead pellets within a radius of 300 metres from the boundaries of wetlands and dams is prohibited,” Opok said .

The organisations said that Cyprus  was already facing a valid infringement procedure, in the framework of which the European Commission sent a warning letter to the Cypriot authorities in June last year due to the non-issuance of the necessary ordinances for the protection and management of its Natura areas.

The Court of Justice of the European Union has also ruled against Cyprus for not including Lake Paralimni in the Natura 2000 Network within the prescribed time limit and inadequate regime species Natrix natrix cypriaca (Cypriot water snake).

Road closures due to snowfall and rockslides in mountains