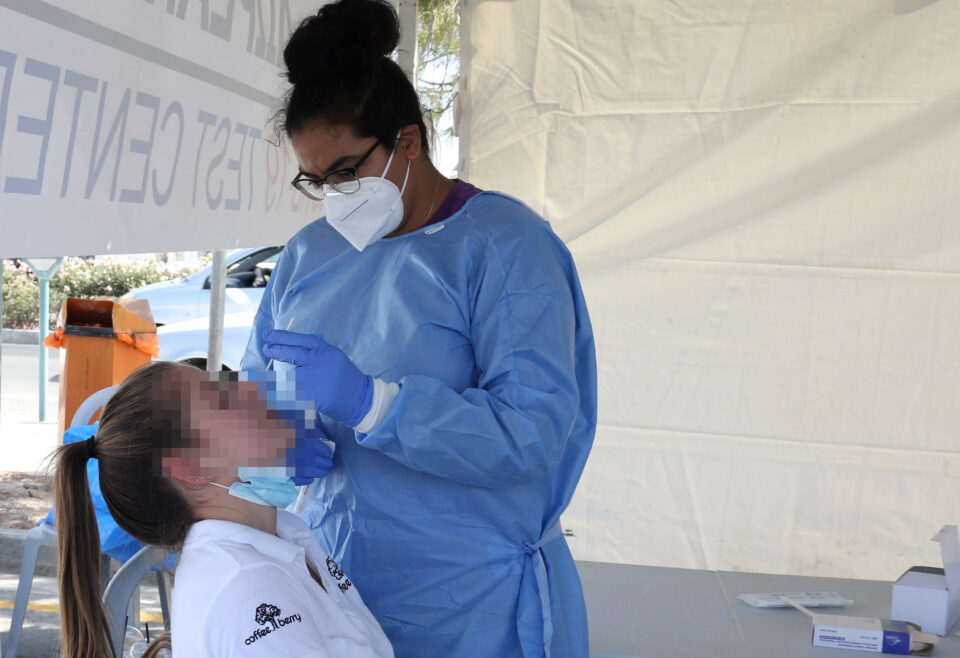 A test to stay programme aimed at allowing children who are coronavirus contacts but not infected with Covid-19 to go to school, kicks off on Monday, with the health ministry on Friday issuing a series of clarifications as to how it will work.

Secondary school teachers’ union Oelmek has already asked the government to revoke the programme, while primary school teachers are considering a one-hour work stoppage in February, as a first step. Oeltek, the union of teachers of technical schools, will be holding further discussions with the government’s team of scientific advisors who proposed it.

On Friday, the ministry noted that the team’s decision was unanimous and aimed at keeping schools safe, without depriving pupils of their basic right to an education.

Test to stay applies only to pupils who are contacts of confirmed Covid-19 cases declared at school, as stipulated by the health protocol for schools (two metres distance from the positive case in the classroom, at breaktime, during sport and during transport with a private vehicle).

It is optional and not retroactive. This means it does not apply to pupils who are already in self-isolation.

Q: What applies to close contacts who do not have a vaccination history or have not received at least one dose of the vaccine, or have completed their vaccination and seven months have passed, or were infected but 90 days have passed since their recovery?

A: They will have the option either to self-isolate for 10 days in line with the protocol and be released on the seventh day if they present a negative PCR test taken at their own expense, or come to school and take a rapid test for six consecutive days after the contact (holidays and weekends are excluded). As regards the PCR test on the seventh day, the health ministry is considering replacing it with a rapid test.

The specific measure applies only during school hours and once close contacts leave school, they must self-isolate, as they continue to be considered close contacts and cannot take part in other afternoon activities.

They should avoid using public transport and must go to school in a private vehicle.

Q: What applies to close contacts who have completed their vaccination and the seven months have not passed, or have a certificate of recovery under 90 days?

A: Under the protocol they do not have to self-isolate but must undergo a rapid test for six consecutive days (holidays and weekends excluded)

The procedure will be the follows:

Mobile units of the health ministry will visit schools where positive cases were reported the previous day and close contacts will undergo a rapid test. These will be carried out between 7.30 am and 9.00 am and pupils will only be allowed into class after the negative result. Pupils’ absence from class because of the test will be considered justified.

If a pupil tests positive, the customary procedures will be followed by school management.

The test to stay programme will be implemented on a trial basis and there may be changes depending on the epidemiological situation, the ministry concluded.