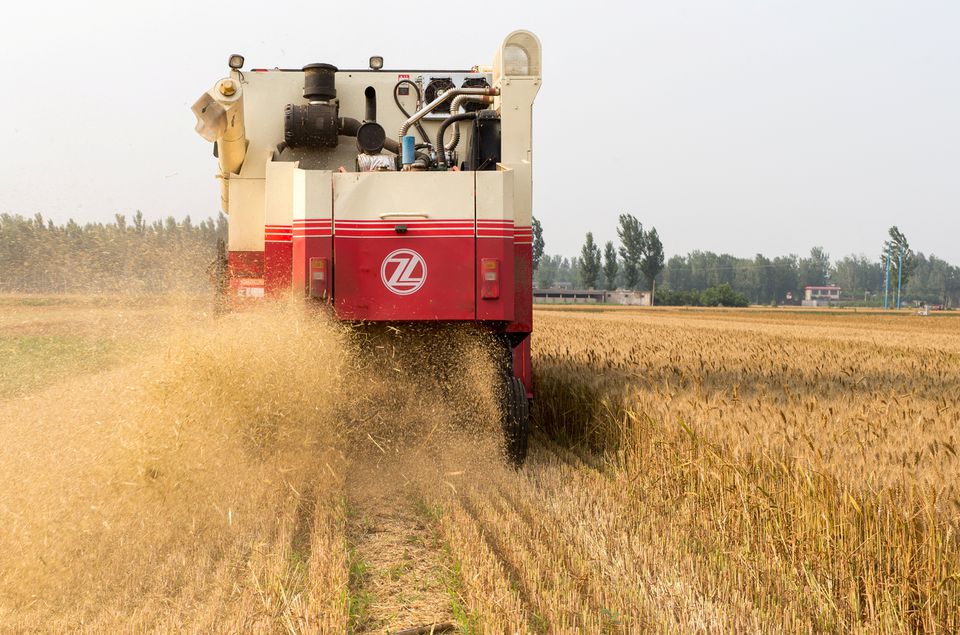 With high levels of ozone pollution, China, South Korea and Japan are seeing diminished yields in wheat, rice, and maize, according to a study published Monday in the journal Nature Food.

China alone is losing a third of its potential wheat production and nearly a quarter of rice yields as ozone disrupts plant growth. That has worrying implications beyond the region, with Asia providing the majority of the world’s rice supply.

“East Asia is one of the biggest bread baskets and rice bowls in the world,” said lead author Zhaozhong Feng, an environmental researcher at Nanjing University of Information Science & Technology.

Asia is also a hotspot for ozone, formed when sunlight interacts with greenhouse gases such as nitrous oxide, carbon monoxide and volatile organic compounds that are released by the burning of fossil fuels.

In the stratosphere, a layer of ozone protects the planet from ultraviolet radiation. But closer to Earth’s surface, ozone can harm plants and animals, including humans.

Feng and his colleagues used ozone monitoring data to estimate the crop damage as costing roughly $63 billion. Previous research on the topic has used computer simulations to assess the economic impact of ozone pollution on crops.

This is a concern for China, which is already worried about its declining land quality. The country has to feed a fifth of the world’s population with only 7 per cent of its farmland.

As industry, energy and urban expansion have competed for limited land resources, China lost some 6 per cent of its arable land – or 7.5 million hectares – from 2009 to 2019, according to a state land survey published in August last year. While Beijing has since drawn a “red line” to protect existing agricultural land, experts still anticipate the total to fall further by 2030.

“In some parts of the world, ozone pollution is comparable to or even worse for crops than the other big stressors of heat, drought, and pests,” said Katrina Sharps, a spatial data analyst at the UK Centre for Ecology and Hydrology. In a 2018 study, she and other researchers estimated global wheat yield losses from ozone pollution totalled $24.2 billion annually between 2010 and 2012.

Ozone levels have declined in America and Europe over the last two decades, with the introduction of stricter air quality measures. But the pollutant is increasing in Asia.

While the gases that contribute to ozone pollution are largely emitted from cities, the impact is worse in rural areas where ozone forms.

Scientists said the best way to bring down ozone levels is to curb the use of fossil fuels – the same action needed to bring down greenhouse gas emissions causing climate change.

Without stricter emissions controls in Asia, Sharps said, “things are going to get worse.”