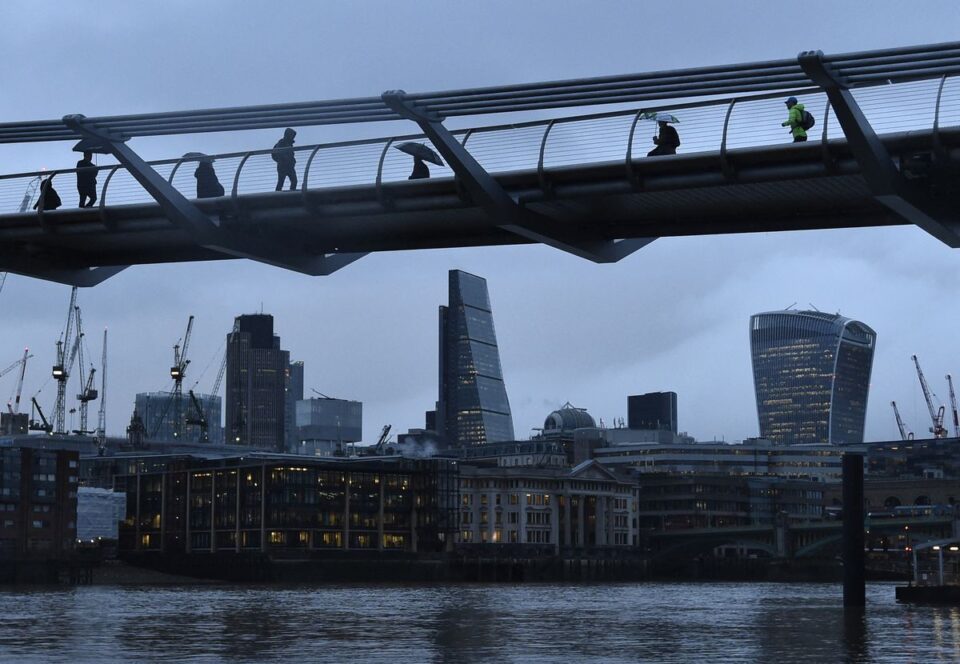 Britain’s government looks firmly on track to borrow less this tax year than forecast but surging inflation will soon curb any leeway for finance minister Rishi Sunak who is under pressure to ease a cost-of-living squeeze.

Borrowing for the 2021/22 financial year so far – April to December – is so far running almost 13 billion pounds below the forecasts used by Sunak in his budget planning at 146.8 billion pounds, official date showed.

While on the face of it that presents Sunak with room for manoeuvre ahead of his March 23 budget update, the figures also showed rising costs from a surge in inflation.

Debt interest payments hit 8.1 billion pounds last month – the second highest on record and reflecting a jump in retail price inflation, the peg for inflation-linked British government bonds which account for about a third of the total.

“Surging inflation is making (Sunak’s) task of returning the public finances to a sustainable footing much more difficult,” Samuel Tombs, an economist with Pantheon Macroeconomics, said.

Retail price inflation hit a 30-year high of 7.5 per cent in December, according to data published by the Office for National Statistics (ONS) last week.

The Resolution Foundation think tank said Sunak should use the leeway he has now to address the growing strain on household budgets from surging energy bills.

In response to Tuesday’s data, Sunak stressed the importance of bringing down the deficit as interest costs rise.

“Risks to the public finances, including from inflation, make it even more important that we avoid burdening future generations with high debt repayments,” he said.

Sunak is under pressure, including from some lawmakers in his own Conservative Party, to drop a planned increase in social security contributions for workers and employers – known as National Insurance – which is due to start in April.

The opposition Labour Party has pointed to mismanagement of government spending during the pandemic.

Borrowing figures for the 2021/22 financial year so far included a 6 billion-pound downward revision to borrowing up until November, the ONS said.

The data showed a strong recovery in tax receipts.

Corporate tax revenues hit a all-time high of 5.5 billion pounds in December, the ONS said – with the caveats that it reflected large companies paying tax bills on a quarterly basis, and that the record is in current prices.