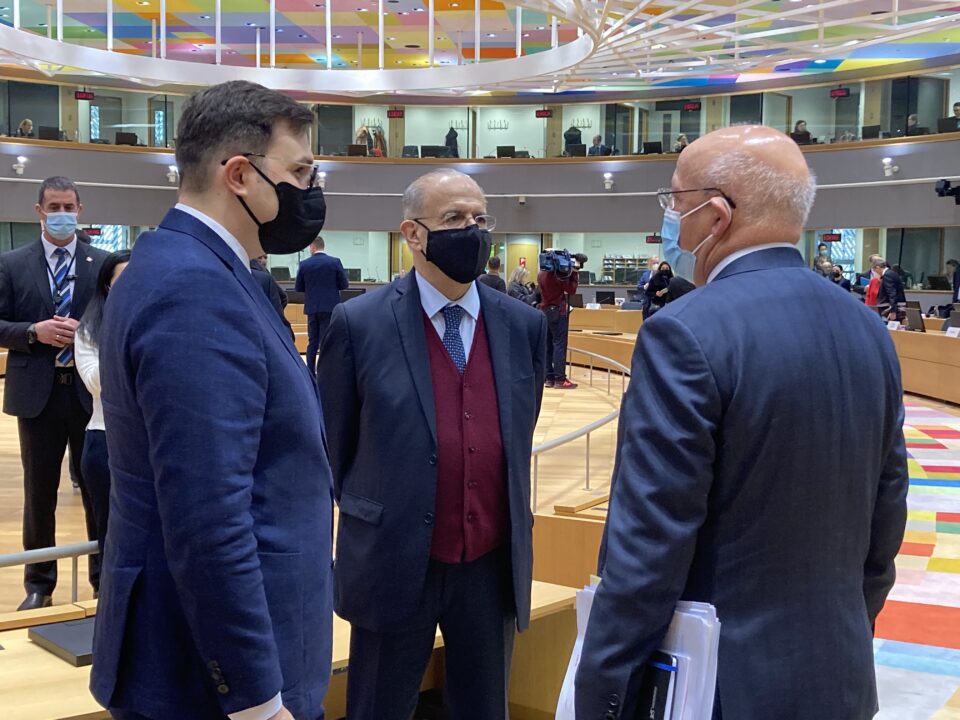 The Foreign Ministers of the European Union had an exchange of views on the situation in Ukraine and Russia’s threats to the country’s security with US Secretary of State Anthony Blinken at a teleconference during the Foreign Affairs Council (FAC) meeting in Brussels on Monday.

This was the first FAC in which Ioannis Kasoulides participated since his recent assumption of the office of Foreign Minister.

According to a statement by the Foreign Ministry, during the discussion with Blinken, Kasoulides expressed concern about the tension in Eastern Europe, stressing the importance of maintaining the unity of the European Union.

At the same time, he supported the need “to exhaust all possibilities for dialogue in order to prevent further deterioration of the situation.”

On the sidelines of the FAC meeting, Kasoulides also met with High Representative for Foreign Policy Josep Borrell, with whom they discussed issues of Cypriot interest. Kasoulides was due to brief Borrell on, inter alia, the government`s intentions to propose a series of CBMs with the aim to improve the climate between the two Cypriot communities.

Kasoulides also had a meeting with Estonian Foreign Minister Eva-Marie Liimets, at the request of the Estonian side.

The agenda of Monday’s FAC also included the situation in Syria and Libya and other current regional and international issues.

In his intervention during the discussion on Syria, Kasoulides stressed that the people of the country continue to suffer, and that the crisis is affecting the European Union itself.

In particular, he referred to the fact that Cyprus “is facing increasing flows of refugees and migrants from Syria as a result of this prolonged crisis” and stressed the need for a realistic approach from the EU regarding humanitarian aid.

He reiterated Cyprus` support for the framework for Syria set out in UN Security Council Resolution 2254, in cooperation with the EU and other regional actors, and noted that the international community should stand by the Syrian people`s efforts as only in this way will real stability and reconciliation be achieved in the country.

In an intervention on developments in Libya, the Foreign Minister highlighted the need to develop a clear timetable with a view to holding free and credible elections in the country as soon as possible.

He stressed that it is vital to keep the political process under the auspices of the UN, stressing that the Libyan crisis should be seen in the light of wider geopolitical developments.

He said that the perpetuation of the current status quo benefits those who aim to maintain their military presence in the country.

According to the statement, Kasoulides stressed that these are the same known actors “who are trying to strengthen their geostrategic footprint in other regions such as the Eastern Mediterranean”.

Before the start of the Foreign Affairs Council, the Foreign Minister hosted a working breakfast for his counterparts with the guest of the Kuwaiti Foreign Minister, Sheikh Ahmed Nasser al-Mohammad al-Sabah, with whom the EU Foreign Ministers exchanged views on EU-Kuwait relations, EU-Gulf Cooperation Council cooperation, as well as other regional and international issues.

On Tuesday, Kasoulides will participate in the General Affairs Council of the EU and will have a meeting with Health Commissioner Stella Kyriakides.