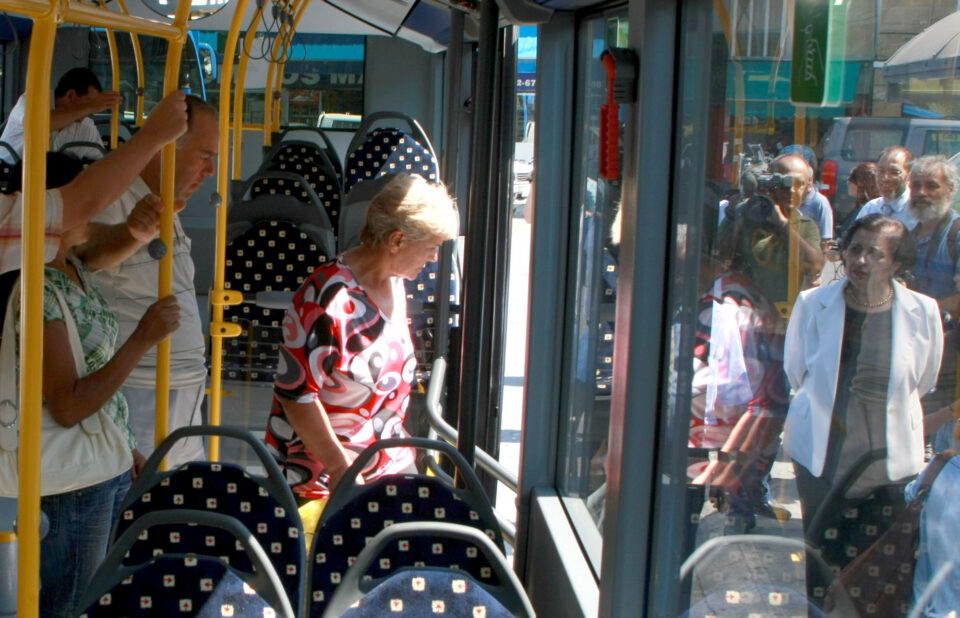 Commuters in Nicosia and Larnaca will soon be able to use 5G-powered internet in buses and stops, operator Cyprus Public Transport (CPT) announced on Thursday, also presenting an extended network for the capital.

The two major additions to CPT’s service were announced in the presence of Transport Minister Yiannis Karousos and other officials.

“For us, 2022 starts with a very important project whose aim is to keep to the promise of constantly improving and upgrading our service at several levels,” CPT CEO Julio Tironi told reporters.

The first development introduced was the integration of 5G in CPT’s services, which will allow commuters to use the internet at 5G speeds onboard the operator’s fleet of 300 buses, and while waiting at bus stops.

“We are very proud to present this project, as this is the first time such a service is implemented in Cyprus, and even in Europe,” Tironi said.

This is the beginning of a new age of connectivity, he added, “opening doors to higher speed, developing new technologies, allowing commuters to benefit from working online, chatting with their friends or keep surfing any other way while they are commuting”.

“Our goal is for the bus to become a viable alternative to private vehicles,” he noted.

This will be possible through the above as well as the new route network for Nicosia, the second development announced by Tironi.

The Nicosia bus service will undergo its greatest change yet, with the new network interconnecting the whole city through multiple hubs which will decentralise Solomou Square.

This means commuters will no longer be forced to travel to Solomou Square in order to switch routes, which will also help decongest the city centre.

“We are now taking the chance to adapt this bus network to its current needs,” Tironi said, expanding Nicosia bus routes, many of which have remained unchanged for over 20 years, with extended routes and timetables.

CPT’s goal, he added, is for the bus to become a viable alternative to private vehicles by facilitating stress-free commuting and higher connectivity, and reducing waiting time at bus stops.

However, “the challenges of making public transport in Cyprus more attractive and encouraging more people to contribute towards a greener future are still there,” Tironi said, assuring that CPT will continue working hard “for a more sustainable future in a modernised Cyprus”.

Karousos welcomed the changes, saying that since CPT took over bus operations for Nicosia and Larnaca, the public has positively embraced public transport.

He added that according to ministry data, in December 2021 there was an increase of 27 per cent in tickets and bus card purchases in Nicosia and 57 per cent in Larnaca, in comparison to December 2020.

The minister said that the new route network , put together through consultations with both experts and the public, will include early morning and night bus routes, more frequent trips and better coordination at transfer points.

Karousos added that the Sustainable Urban Mobility Plan is under preparation, with the first deliverable result being the study for a complete bus-lane network, for which there is already an approved budget of €4 million.

“I am confident that through our cooperation we will be able to upgrade public transport and promote sustainable mobility so that transport becomes safer, more efficient and sustainable, to better serve the public,” he said.