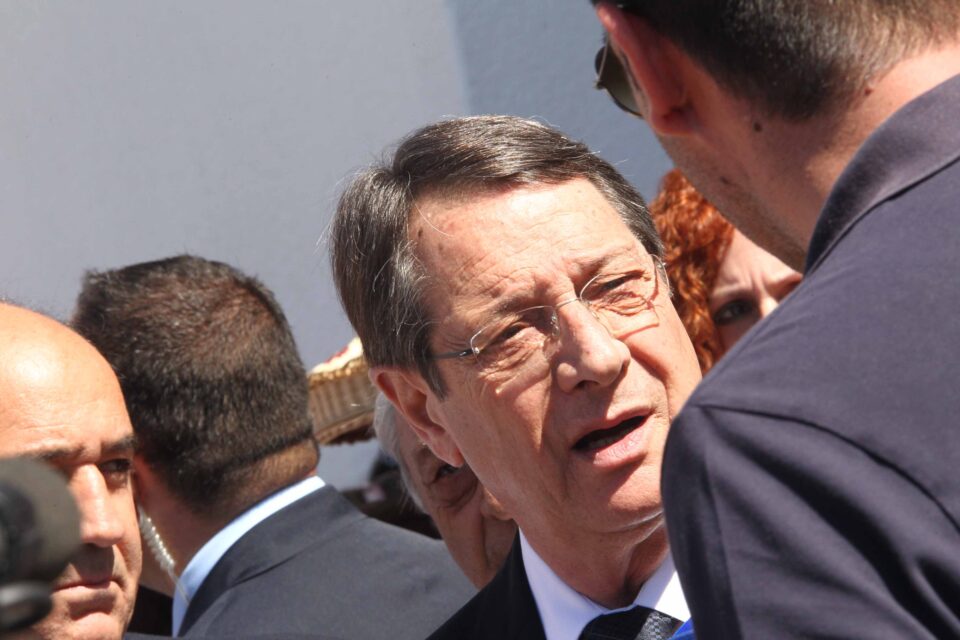 Saying his loyalty lay with his party rather than with individuals, President Nicos Anastasiades has made clear that he will back Disy leader Averof Neophytou’s bid to succeed him to the presidency.

Anastasiades comments were made during a Sigma television interview broadcast on Thursday evening.

Neophytou is expected to formally receive the party’s nomination to contest the 2023 presidential elections in March. Earlier this month, Nicos Christodoulides – widely seen as flirting with running – stepped down from the foreign ministry without clarifying his intentions.

For Disy, an independent Christodoulides’ candidacy raises the spectre of a repeat of the 2003 race when prominent Disy politician Alecos Markides ran as an independent against Disy founder Glafcos Clerides who was seeking re-election. Both lost to Tassos Papadopoulos.

Anastasiades said he had dedicated more than half his life to Disy and believed firmly in adherence to its charter and rules.

“No-one who loves the movement can violate the charter and rules of the party. It is the only way to maintain unity,” he said in a thinly-veiled reference to Christodoulides who has said he remains a loyal party member but has not sought the party’s nomination through the established procedures.

Anastasiades said he had advised his ‘capable and dedicated associate’ to follow procedures as set by the party charter and had even had a joint meeting with the former minister and Neophytou.

Asked who he would choose, he replied: “My party. I will fully respect the procedures. The party has under its procedures chosen its president, Mr Averof Neophytou.”

And he said he was trying to avoid a repeat of 2003. “I will never stop trying. I am in constant touch with the president of the party on this and with those I consider can influence the situation.”

The president was also asked about former health minister Yiorgos Pamborides who is rumoured to be mulling a presidential bid of his own, in part at least on his track record regarding Gesy, with the possible backing of Akel.

He described Pamborides as a “good health minister” and effective in implementing the president’s decisions regarding Gesy.

“I credit Pamborides for his handling and decisiveness but many times it good for all of us to be modest,” he added.

And in a further dig at Pamborides, he added: “Another fact that does him an injustice as it shows inconsistency is that Mr Pamborides could be minister today if I had satisfied his request to be commerce minister because he wanted at the end of the first term to go there, or be defence minister.”

The president added that he had told Pamborides that if he wanted to stay in government he should remain in his post. “He did not accept and as a result he is not in the government now.”

But this version of events was quickly denied by Pamborides, who in a written statement on Friday said that it was the president who had offered him a different portfolio.

“I am deeply saddened by this statement by President Anastasiades which does not correspond to the truth. I would like to hope that his memory has not started playing tricks on him.”  And he urged the president to talk to his two associates who witnessed the exchange.

In the interview with Sigma, the president defended his handling of the national issue and answered questions on the bailout and the coronavirus pandemic. He also highlighted the reforms achieved, singling out Gesy, minimum guaranteed income, abolition of property tax, local government and the creation of deputy ministries.

Asked where he had failed, the president replied: “I will be honest. In the overall supervision of the investment programme. That which gave rise to remarks that the government or Anastasiades are corrupt. As if Anastasiades adopted the (Demetris) Christofias programme, which dates even to Tassos (Papadopoulos) so that his law firm could become rich, since of the 7,200 citizenships Anastasiades’ one time law firm submitted 62 to 65 applications.”

Asked whether he would leave with an easy conscience, he said yes, not because mistakes were not made but because he had not done anything to damage efforts to resolve the Cyprus issue or public finances.