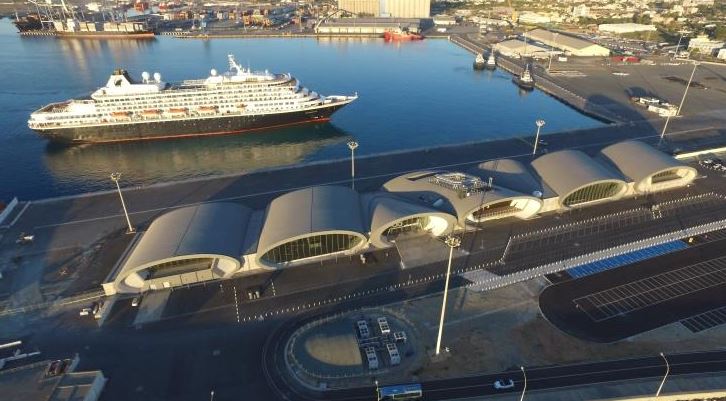 The Cyprus Deputy Ministry of Shipping announced on Friday the expiration of the deadline for the submission of tenders to establish a passenger maritime link between Cyprus and Greece, as a service of general economic interest (SGEI) in accordance with the relevant European Union legal framework.

The tender procedure was launched on November 25, 2021, and managed to attract the interest of several parties who have submitted a tender through the e-Procurement System of the Treasury of the Republic of Cyprus.

“The tenders submitted will be assessed and evaluated by the Evaluation Committee, which was appointed in accordance with the provisions of the relevant legislation in order to award the contract as soon as possible,” the ministry said.

Shipping Deputy Minister Vassilios Demetriades said that the ministry considers the tenders submitted a reflection of the hard work that went into the project, saying that the endeavour is not an easy one to carry out.

“We’re not celebrating yet, but we do consider this an important step before the tenders are reviewed,” Demetriades said.

The minister attributed Cyprus’ ability to attract interest to the project to renegotiating with the European Commission and the subsequent redesign of the tender document.

The tender award is expected to take place between the end of February and the beginning of March, while the ferry service is estimated to begin in April or May of this year.

Finally, regarding the port that will be used for the ferry service, this will depend on the winning operator.

Deposits in the Cypriot banking system at the end of 2021 amounted to €51.52 billion, a Central Bank of Cyprus report released on Friday revealed.

This represents an increase of €3.31 billion compared to December of 2020.

Total loans at the end of December 2021 came up to €29.9 billion, a decrease of €870 million, reflecting the continued deleveraging taking place in Cypriot banks’ loan portfolios.

Liquidity in the banking system at the end of the previous year amounted to €21.6 billion.

Furthermore, total deposits in December of 2021 recorded a net increase of €331.2 million, excluding changes resulting from reclassifications, exchange rate changes and other adjustments, of €331.2 million.

Deposits also increased in November, recording a net increase of €480.8 million at the time.

The Cyprus Statistical Service (Cystat) announced on Friday that industrial production levels in November of 2021 reached their highest point in 11 years for that particular month.

According to the report, the industrial production index reached 132.6 units (base 2015=100) in November, recording an increase of 4.4 per cent compared to November 2020, the highest point the index has reached since November of 2010.

For the period between January and November of 2021, the index recorded a year-on-year increase of 7.8 per cent.

The manufacturing sector registered an increase of 5.1 per cent compared to November 2020, Cystat said.

Increases were also observed in the sectors of mining and quarrying (8.3 per cent), as well as water supply and materials recovery (8.2 per cent).

Conversely, a negative change of 0.1 per cent was recorded in the electricity supply sector.

The main Cyprus Stock Market Index was at 70.21 points at 13:43 during the day, reflecting a drop of 0.55 per cent over the previous day of trading.

In terms of the sub-indexes, the main index, alternative index and hotel index fell by 0.62 per cent, 0.45 per cent and 1.07 per cent respectively.

The investment firm index had the sharpest decrease with 1.83 per cent.