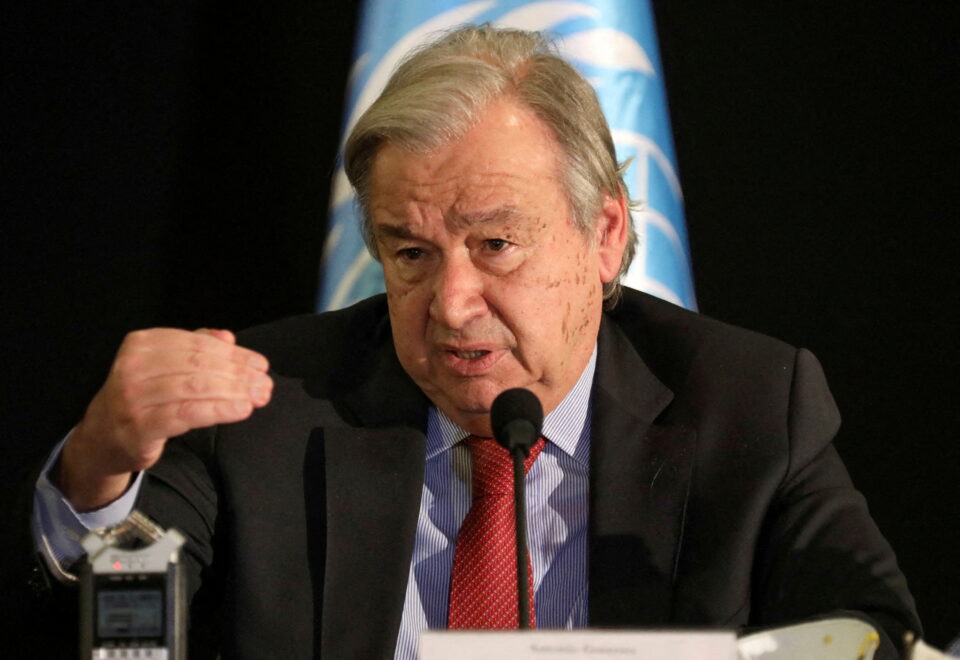 Efforts to solve the Cyprus problem have not been on the agenda of the international community for the past five years, and many parties, including the UN and the EU, consider it ‘a frozen issue’. Why has so much time been wasted, and why are we now faced with an absolute deadlock?

The easy answer is Turkey’s intransigence which constitutes an undisputed reality. At the same time, however, the obstacles raised by Ankara is nothing new. This is the usual excuse Anastasiades’ governing trio puts forward. That aside, what have we done to reverse this situation?

The bitter truth lies in the way President Anastasiades handled the negotiations in Crans-Montana. Instead of expressing his support, promptly and with consistency, for the six points of the Guterres’ Framework, he abandoned the effort in 2017 and for the next three years he was dithering between “two states”. He then considered the idea of “a loose federation” and recently he even talked about a return to the 1960 constitution.

The lack of will to make the most of a critical juncture has led to the biggest setback in the history of the Cyprus issue since the 1974 invasion. Consequently, the UN Secretary-General Antonio Guterres, in his report on his mission of good offices in Cyprus of September 30, 2017, noted “It is therefore my firm belief that a historic opportunity was missed in Crans-Montana.” This is exactly why he is now warning that unless something changes drastically, Cyprus will find itself in an even deeper deadlock.

The prevailing impression is that President Anastasiades had other priorities at that time. One may very well wonder whether he was making decisions on his own in Crans-Montana. Who was there next to him? Where was the leader of the governing party, the 2017 cabinet and the president’s associates? Why did they all keep quiet?

In retrospect, we all learned what was going on with “the golden passports”. Applications to get Cypriot citizenship were approved by the Council of Ministers. Did the ministers turn a blind eye to what was being discussed at each meeting? Cyprus, in the meantime, had become a laughingstock internationally. Revelations about what was actually going on were late to emerge, but today the European Commission is bringing Cyprus before the European Court for violating EU laws and regulations. Since the termination of the Cyprus Investment Programme in November 2020, the government has granted an additional 390 passports, continuing this process as if nothing had happened.

However, this issue is not only about the government’s handling. It has wider implications that concern us all. Cyprus’ name has been tarnished and the country’s credibility has hit rock bottom. Is the blame only on the president? What about his Council of Ministers during his two terms in office? Were the ministers unaware of what was happening? Did they not check things out?

The members of the Council of Ministers had signed “a code of conduct” yet at the same time, through their actions or omissions, they sidelined the fundamental principle of the conflict of interest. The investigative commission, appointed by the president himself on this issue, has concluded that the total number of foreign investors, including their relatives, who were granted Cypriot citizenship by exemption, was 6,744 by August 17, 2020. Commission chairman Myron Nikolatos said that 51.81 per cent of the citizenships granted were “illegal”.

One cannot ignore the fact that there is a serious political issue here as far as the members of the Council of Ministers are concerned, which, with the president’s approval, granted thousands of illegal citizenships. What procedure did they follow? How did they check the applications submitted to the Council of Ministers seeing as though the investigative commission has concluded there is evidence of carelessness, negligence and irresponsibility in dealing with this matter.

We are all aware of the recent developments in the Eastern Mediterranean. The governing trio misled the Cypriots into believing that their country would gain power and influence through the exploitation of the natural gas reserves, the tripartite agreements and the EastMed pipeline. This was far from the truth. President Anastasiades, Foreign Minister Nikos Christodoulides and Disy leader Averof Neophytou deceived the people, and nobody feels the need to at least say mea culpa.

The result of this policy is all but clear to all of us today. Energy plans in the region are changing direction, and these changes do not include Cyprus. Cyprus is being sidelined and everything takes place in our absence because nobody believes we are credible.

It is high time to think and act in a different way.

I propose a European Peace Plan for Cyprus which will bring all parties involved together with the UN and the EU in sync, having established terms and conditions for progress.

If we can align our interests with the European interests, we could break this vicious circle we are in today.

To achieve this goal, we need to regain our credibility and secure Europe’s solidarity in order to ensure a shift in Turkey’s stance.

This is the only way forward towards regaining political capital to halt the path towards partition and bring Cyprus back on track towards a solution.