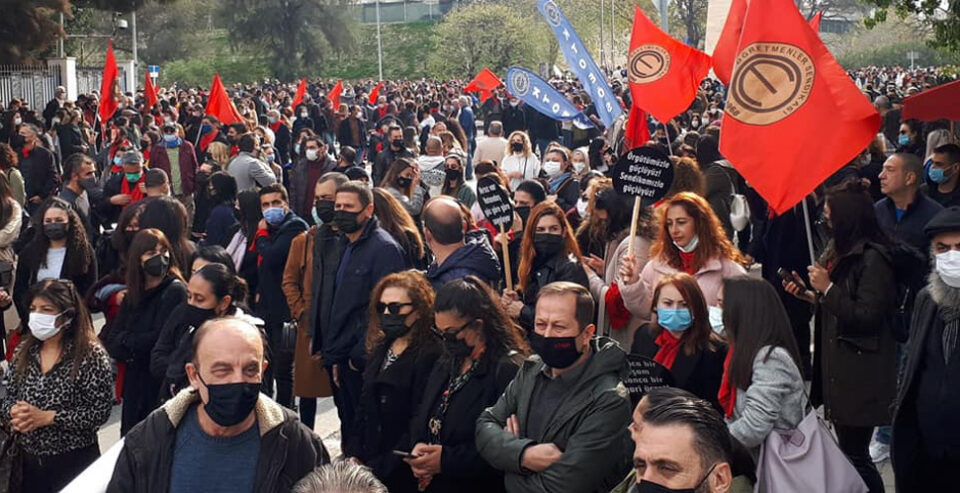 The crisis in the northern part of Cyprus has gone beyond an economic crisis and become a humanitarian one, according to one Turkish Cypriot economist.

Between January 1 and 16, there were a total of 139 electricity cuts mainly due to lack of investments, fuel shortages and the inability to buy some very expensive spare parts for failed turbines – all a result of one of the worse economic crises in Turkish Cypriot history.

The constant darkness has led to some dark humour on social media.

“Turkish Cypriots will soon evolve and start being able to see in the dark, just like cats!” Twitter user Strahd Shonya tweeted in protest over the daily outages.

“The situation is turning into a very serious humanitarian crisis,” economist Mertkan Hamit told the Sunday Mail. “This can no longer be called an economic crisis.”

The Turkish Cypriot economy has been in freefall in recent months as the Turkish lira plummeted because of the interest-rate cutting policies of Turkish President Recep Tayyip Erdogan. The lira, as of December 20, 2021, had fallen by 54.5 per cent against the euro since December 31, 2020.

This has led to soaring prices in the north, where the economy is dependent on imports. Inflation reached 46 per cent in December – the highest in Europe. In the same month, the food and non-alcoholic price inflation was 58 per cent. Although the official currency is the Turkish lira and people’s incomes are also in liras, many expenses like rent and school fees are in foreign currencies, which exacerbated the situation.

As Turkish Cypriots experienced a huge drop in their purchasing power leading to a decline in their living standards, they also saw their debts cascade. Most borrowing in the north is done in foreign currencies since banks do not trust the lira. The depreciation of the Turkish lira against the British pound, euro and the dollar put debtors, whose earnings are in Turkish lira and debts in foreign currencies, in a dire situation and left them unable to meet their financial obligations. The debt of the administration also soared as the funds from Turkey are recorded as payable in dollars.

Another direct result of the foreign currency crisis has been petrol shortages as people rushed to stock up fuel, or the petrol stations stopped sales, or the main providers did not want to sell to the stations ahead of expected price increases due to the depreciation of the lira.

The inflation and foreign currency crisis coupled with the long-standing interruption in the flow of funds from Turkey has forced the Turkish Cypriot administration to halt all public investment projects and borrow from banks to pay public sector salaries.

“The borrowing limit of the administration is up,” said Turkish Cypriot politician Dogus Derya. “If the administration were a company, it would have to declare bankruptcy right now. We are getting poorer each passing day because of something we have no control over – because of the decisions made in Turkey. This is making the northern part of Cyprus unbearable. People are being tested with hunger. We are at a very critical threshold.”

The dire situation led many Turkish Cypriots to look to the southern part of Cyprus for job opportunities. In December, Turkish Cypriot union Turk-Sen, upon demand from its members, partnered with Greek Cypriot labour union Sek to allow up to 8,000 Turkish Cypriots to work across the divide mainly in tourism, construction and restaurants.

As people struggle to make ends meet, there are also increasing calls to ditch the Turkish lira and unilaterally adopt the euro.

Last Sunday’s elections took place against the backdrop of a crisis so serious that the Higher Election Board asked the presiding officers of the ballot boxes to bring along battery-operated lamps or flashlights just in case there was a power cut.

Unlike previous elections, the political parties did not talk about the Cyprus problem at all. The focus was the economy.

“We can say that there were roughly three blocks in the elections, and they were all focused on the economy,” said Hamit. “But they all offered different solutions.”

The first bloc was composed of those parties that see the solution in being able to get money from Turkey, according to Hamit. “They say they will have the best relations in Turkey, and they will be the best in convincing Turkey to send more money.”

This block was mainly represented by the National Unity Party (UBP), which got 40.4 per cent of the votes and is expected to form the ruling coalition in the coming days.

The second bloc advocates that Turkish Cypriots need to take responsibility and make reforms to improve the economy while also keeping amicable relations with Turkey, according to Hamit.

This bloc was mainly represented by the Republican Turkish Party (CTP), which in its election manifesto had a number of economic measures including a “planned and gradual transition to a stable currency”. CTP got 32.8 per cent of the votes.

The third bloc argued that there was neither the political will nor the budget to make reforms and any measure will anyway remain largely ineffective as long as the north’s dependence on Turkey continues.

“This bloc advocates that if there is no solution to the Cyprus problem, we have no economic salvation. And this bloc manifested itself in the boycotters,” said Hamit.

The abstention rate in the elections was 41.8 per cent – the highest to date. However, it is not possible to know how many of the absentees did this for political reasons.

Hamit agreed that it is indeed very difficult for Turkish Cypriots to fix their economy under the current circumstances and does not think the economy and the Cyprus problem are mutually exclusive.

It is a huge contradiction not to prioritise the solution of the Cyprus problem amid such a huge economic predicament.

In terms of the economy “these elections were a paradigm doomed to fail.”

Our View: Despite trilateral alliances Cyprus isolated on energy