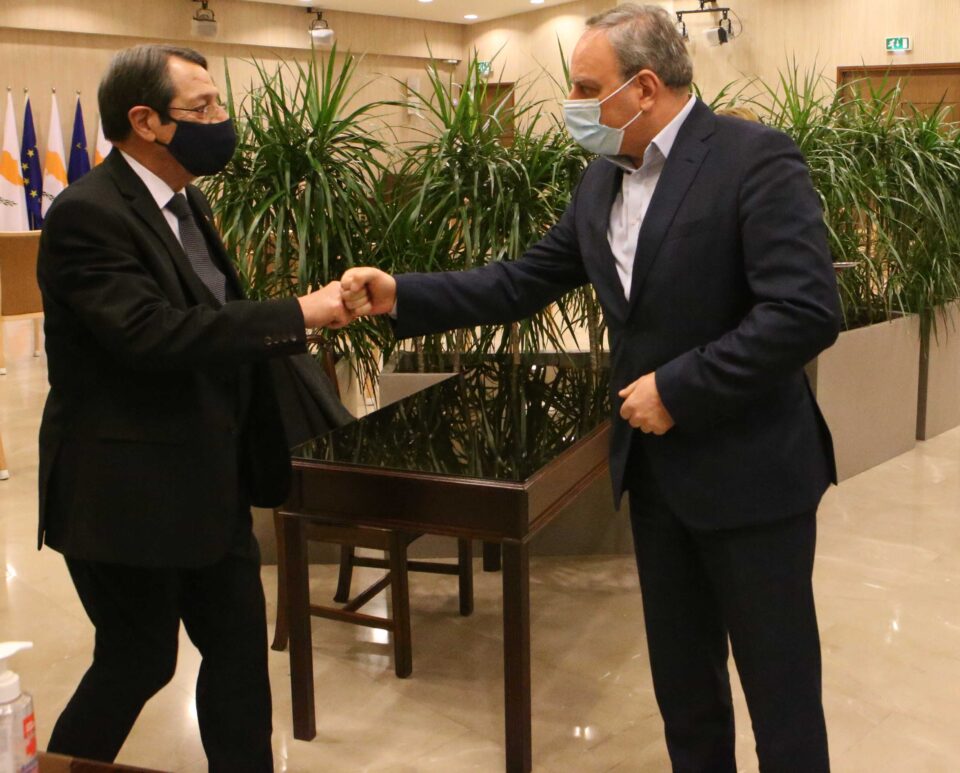 The meeting was held at the Presidential Palace and was also attended by Energy Minister Natasa Pilides.

Stephanou said the government and the energy ministry must approach this issue with an open mind, to help not only the people but also the economy as businesses also pay for electricity.

Speaking to reporters after the meeting, he said issues discussed included energy safety, infrastructure, natural gas use for electricity production, as well as EAC and the role it must play as a public entity in the production, safeguarding and distribution of electricity.

“We wanted to get up to speed with the real picture and whether the appropriate safeguards are in place, and ensure that from an energy point of view, Cyprus will not be facing serious problems in the near future”.

Stephanou said that as a result of delays in the arrival of natural gas to Cyprus – which will enable lower emissions in energy production – the state pays the EU millions in pollution fines which translate into higher electricity costs for every household and every business.

Akel made some proposals seeking to lower these costs, such as the introduction of renewable energy auctions and abolishing extra fees on electricity bills.

Energy auctions, Stephanou said, “are a practice that has proven very successful in other European countries like Greece, Germany and Portugal and in turn translated into lower energy prices”.

To illustrate, he said that in Cyprus, producing electricity costs 18 cents per kilowatt hour, while in Greece and Germany it costs 3.3 and 5 cents per kW-H respectively.

Akel also proposed that since the state collects millions of euros to pay pollution fines to the EU, it should abolish the fee on energy bills, which takes half a cent per kilowatt hour and totals to about €25 million.

Instead, this money should be allocated to a fund tackling energy poverty, Stephanou added.

The Akel leader said he was pleased as the president asked the energy ministry to examine the party’s proposals, which, “along with our previous proposal to cut VAT on electricity from 19 to 9 per cent, will help adequately tackle rising electricity prices”.

For her part, Pilides that the energy ministry presented a briefing on all the measures it has implemented so far, adding that Cyprus was one of the first countries to adopt measures to cut electricity costs as prices rose worldwide.

“This is definitely an issue that concerns us and we will keep examining any measures deemed necessary to help consumers,” she said.

She also reminded that the cabinet last week approved a series of bills aimed at a faster transition to the green economy, one of which will introduce a new methodology for calculating an energy consumption tax, making it possible to gradually lower it.

Pilides added that her ministry will seek an approval of the bill by the House, as it could eventually benefit consumers by offering incentives and plans for a green transition, “the best way of reducing energy costs in the long run”.

As regards energy auctions, the minister said they would be a very complicated endeavour because the government plans to open the energy market in October, so any actions taken must ensure the successful opening of the market.

Guinea-Bissau president: Failed coup may have been linked to drug trade

Our View: Referendum on local government reform makes no sense