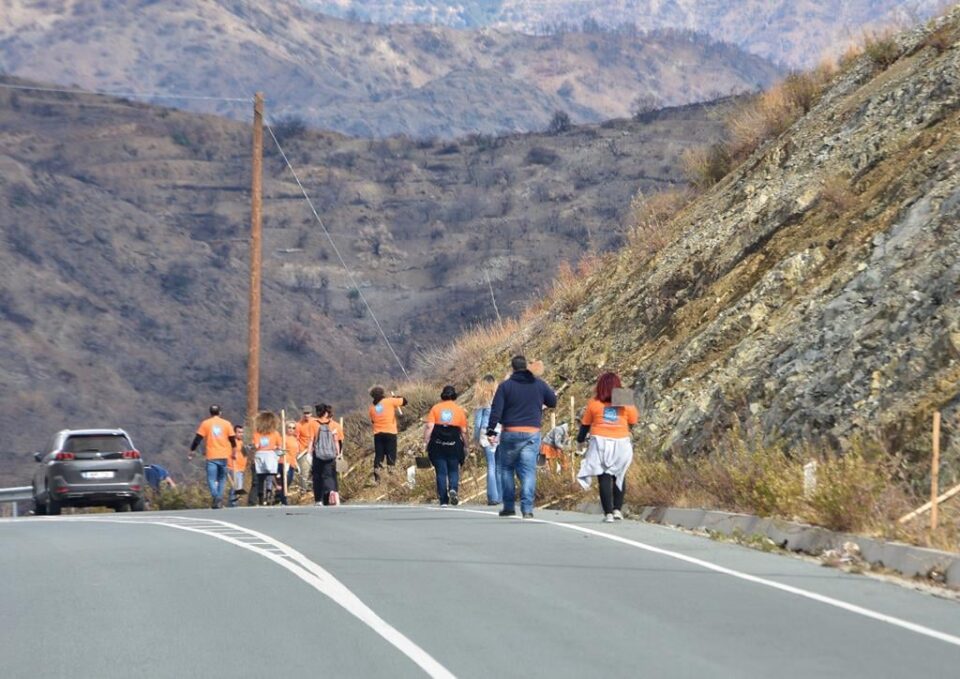 Members of the department at a tree planting event

Forestry department workers continued a work to rule on Tuesday which they said will go on indefinitely to protest understaffing issues.

According to the forestry department faction of labour union Pasydy, employees have decided to only work within their set working hours and not take any overtime work, with the exception of handling forest fires.

Workers are protesting the state’s failure to restore 27 positions that were scrapped in 2012 to 2015, which are “essential for the department’s ability to operate to an acceptable level”. The workers staged a six-hour work stoppage over the same issue in December 2021.

“Since there has been no progress whatsoever on the issue,” the Pasydy statement said, workers decided to escalate measures following a majority vote.

“Despite what is being said publicly, a dialogue for solving the issue of understaffing has not taken place and it looks like there are no intentions to start one”.

These 27 positions are connected to a variety of the department’s responsibilities, Pasydy added, which were significantly widened between 2012 and 2020.

“Pending the completion of the plans and proposals of the employer side, we have not expressed any opinions or submitted any suggestions for the additional staff required” in a number of areas, it further said.

These include the reinforcement of the aerial firefighting squad and facilities and the upgrading of the department’s fire protection team, “for integrated fire prevention and the implementation of the forest fire management plan”.

More staff would also help widen the coverage of rural or remote areas and cover the needs of adequately monitoring the Akamas national forest park and the upcoming implementation of the local development plan, “which will create additional demands and responsibilities”.

Lastly, Pasydy said more staff members are needed to meet the state’s needs to comply with EU obligations in the forestry sector, and especially in light of the mounting challenges arising from climate change.

“It is obvious that even with the addition of the 27 positions, the existing iteration of the forestry department staff is not enough to cover any of the above responsibilities”.

For these reasons, the employees said they would not be working beyond their normal hours. This decision excludes emergency response to forest fires, they said, reiterating their readiness to respond swiftly and decisively when they are needed.

The statement added that the employees have shown “unbelievable patience and tolerance” for years, maintaining a constructive stance without a substantial response.

“Every year the state reassures us that it is listening to our concerns and supporting our work, but every year our members continue to work well beyond their hours, sometimes clocking in 60 and 70-hour weeks and even pulling gruelling shifts lasting for 24, 36, and even 48 hours at a time to put out fires.

“All options have been exhausted, and so are we,” the employees finally said. “We are obligated to protect our members, but also the forests of this country, from this prolonged, inadequate and dangerous situation”.

Concluding, the statement said the workers are ready at any point to reconsider their decision if the state genuinely shows a willingness to solve the problem.

Coronavirus: After some hope, cabinet looks unlikely to relax measures