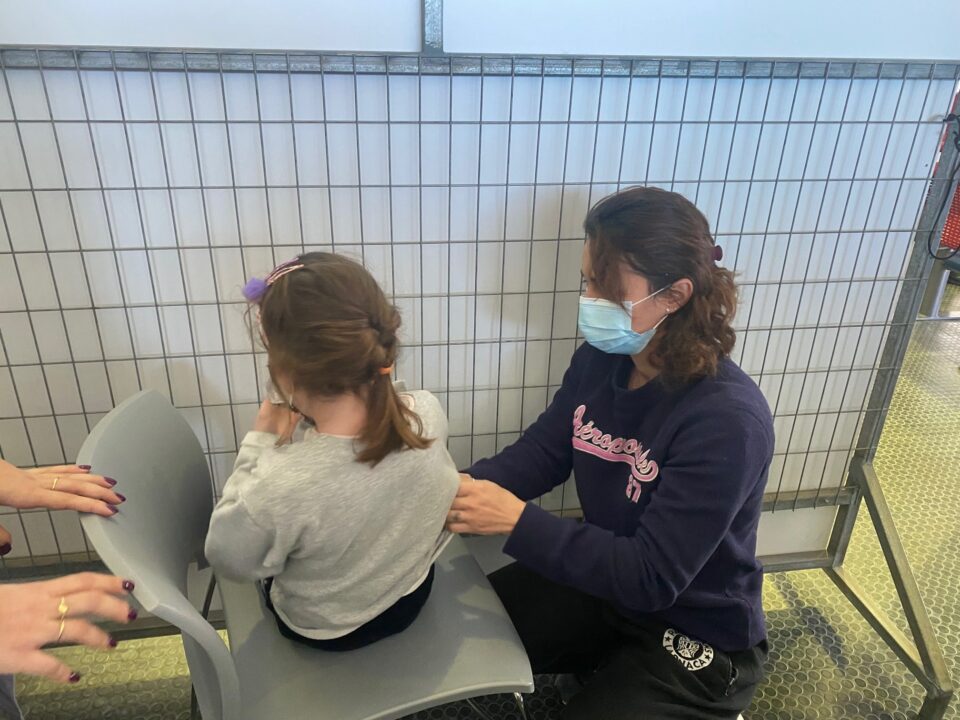 The health ministry on Saturday said it hopes to vaccinate 75 per cent of the overall population against Covid-19, while calling on people to keep abiding by the personal protection measures.

But fewer people have been showing interest in the jabs compared with two months ago, health officials had said on Friday.

About 4,000 vaccines are administered daily while before the Christmas daily vaccinations had reached approximately 12,000, Deputy Director of Nursing Services, Evagoras Tambouris had told state radio.

To boost vaccination efforts, the health ministry will schedule an event in Larnaca with the aim of getting more children to receive a anti- jab, “which is the best interest of public health”, said health ministry permanent secretary Christina Yiannaki.

She was speaking at the vaccination centre for adults but also children aged 5 to 11 at the Larnaca port on Saturday, where 30 minors received the jab by 11.30am.

“More are expected after appointments have been made,” Yiannaki said.

The vaccination of children in that age group started in December despite parents’ protest the government’s decision to expand vaccinations to small children.

“We believe that people will follow and continue the vaccination programme which is in the best interest of public health,” she said.

Yiannaki also highlighted the need to follow the instructions provided by the health ministry, including the face mask mandate and social distancing.

Asked about the unvaccinated, the official said “everyone must take responsibility”.

“Unvaccinated people see that the chance of going to the intensive care unit is zero when you are vaccinated, while if you are unvaccinated, things are much worse,” she said.

Most patients with coronavirus in public hospitals are unvaccinated, “so they will have to be convinced, like all the people who came and got vaccinated,” she said. “This is a decision that they will have to make for themselves, and in the best interest of public health.”

Recent data released by the health ministry showed that even though most hospitalisations concerned the unvaccinated, more than two out of ten coronavirus patients in hospital have had at least one dose of a Covid vaccine.

Three per cent of patients only had one vaccine dose from a two-dose vaccine.

The remaining 78 per cent were unvaccinated.

For his part, Director General of the Larnaca General Hospital and President of the European Academy of Paediatrics Adamos Hadjipanayis thanked the ministry saying: “we should be proud of the vaccination situation in Cyprus”.

He also appealed to the world to get a vaccine that, “according to the data we have in our hands, is safe and protects children from a disease that may not cause the children themselves suffering at the time of the disease but may leave them with problems that will plague them for months”.

ECDC and the European Society of Paediatric Infectious Diseases (ESPID) organised a joint webinar on post Covid condition in children on 10 November 2021. It concluded that while challenges remain to identify the burden of post-Covid-19 condition and its consequences in children, some established networks exist.