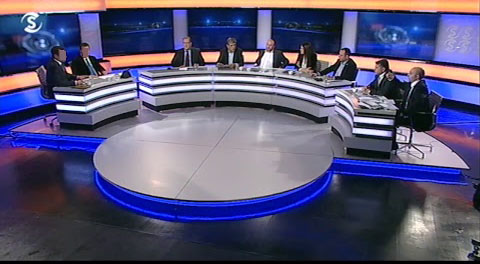 Sigma TV on Saturday said they had suspended a male journalist after a formal police complaint was filed against him last week by a female journalist who had worked with him in 2020.

The woman had submitted a sexual harassment complaint against the suspect to the director of the television channel one and a half year ago, Sigma TV said in its announcement.

It said the station’s management became aware of the complaint, and “immediately, without delay” convened two separate meetings with them in the office of the station’s managing director, which was attended by the director of personnel, the news director, the current affairs adviser.

According to the complaint, the man had allegedly been sending texts to the female journalist which were considered to go beyond the limits of fair communication and were expressing his sexual interest in the receiver.

The man had then allegedly dismissed the allegations as malicious, but the management said his conduct “left no room for anything other than his removal from the complainant”.

Hence the man resigned, Sigma said. The woman left the station about a month later “for reasons unrelated to the event”.

Over a year and a half later, the television channel was looking for journalists and rehired the same man, “on the basis of the applicant’s factual merits and since there was no complaint pending against him, either by the journalist in question or by any other woman”.

However, the woman, when she discovered he had been rehired, filed an official police complaint over the man’s previous behaviour when they worked together at Sigma.

Police spokesman Christos Andreou confirmed the complaint to the Cyprus News Agency later in the day. He said it was filed last week concerning harassment which took place in 2020, when the complainant was working in the television station as a journalist.

Investigations have started, Andreou said, and officers received several statements, while in the coming days, the suspect and other people from the TV station will be called for questioning.

Sigma TV said they found out about the police complaint on Friday.

After the managing director confirmed the information with police headquarters, the male journalist was put on mandatory suspension pending further action by the investigating authorities.

The announcement ended by assuring that the TV channel as well as Dias media group respected their female employees.

“Throughout their long history, both the Sigma TV station and the Dias Group in general have demonstrated as a matter of principle and in daily practice their unequivocal and uncompromising respect and sensitivity to the dignity, safety and equal opportunities of their female employees,” they said.

In reference to this particular occasion, the station “unequivocally declares its full respect for the existing legislation and the police and legal authorities of the state.”

A passion for puzzles