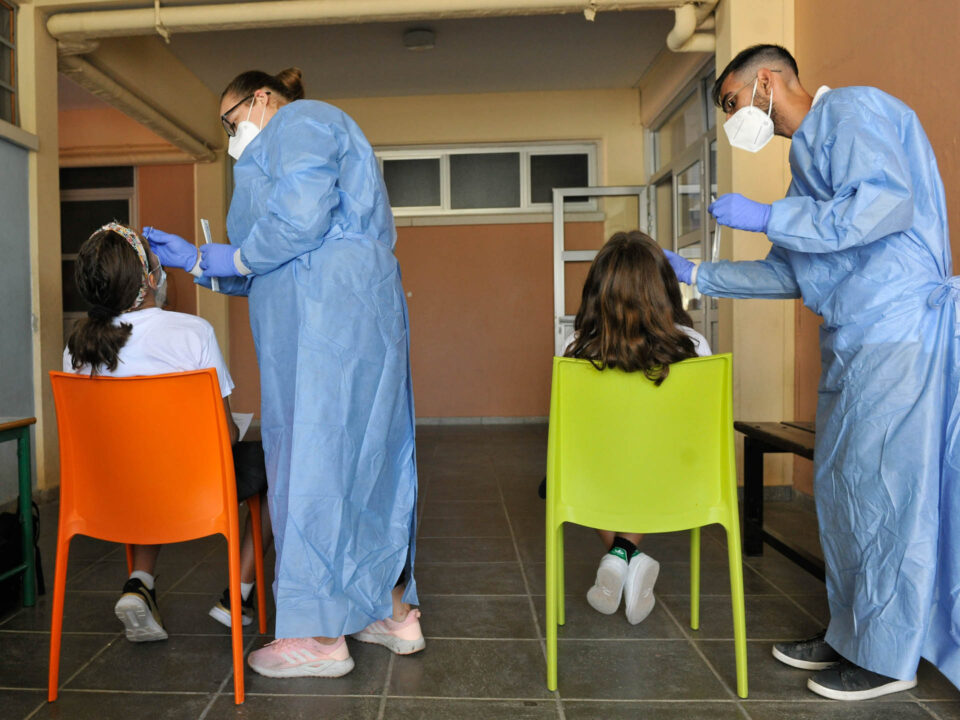 Thousands of children had the opportunity to attend lessons in person thanks to the Test to Stay policy, the health ministry said on Tuesday in response to secondary teachers’ criticism that the measure will lead to school closures.

Since the first day of implementation “the specific measure was embraced by thousands of students and parents,” the ministry said.

On Tuesday, 6,549 primary and secondary students who were close contacts and would have had to self-isolate chose the Test to Stay and attended lessons, apart from 82 who tested positive.

The number was slightly higher on Monday, when 7,080 students participated in the programme with 120 testing positive.

The ministry questioned which data Oelmek was citing when it claimed on Monday that more clusters are being detected among students after the implementation of the Test to Stay policy, risking school closures.

Without denying the increase in coronavirus cases in schools, the ministry explained that more infections are being detected because more tests are being carried out.

According to data from the health ministry, the daily positivity rate ranges from 2.5 to 3.6 per cent for the total population tested on the dates of January 29 to February 4, 2022.

“The increase in the number of positive cases is linked to the number of tests carried out each day, as is also reflected in the health ministry’s daily announcements on the results of laboratory tests in relation to the pandemic,” it said.

Hence, it would have been “much more beneficial and constructive, for Oelmek to contact the health ministry to obtain the correct information regarding the epidemiological picture recorded in schools, before issuing a statement, so as to avoid creating the wrong impression.”

It added the ministry had meetings with teachers and organised parents and adopted most of their suggestions.

The ministry also increased the testing sites operating every day while it also included pharmacists and laboratories in the Test to Stay measure in a “continuous effort to better serve students and parents”.

“The successful implementation of the Test to Stay measure will continue to ensure that schools remain safe and in continuous operation,” the announcement added.

However, secondary state teachers’ union Oelmek said their concerns about the new measure, which they had expressed to the ministry prior to its implementation, were justified, citing the increase in cases.

At the same time, the union said, operational and organisational problems of the measure remain, including staff shortages at testing sites.

Oelmek had requested an immediate meeting with officials and epidemiologists who approved the measure to assess the situation and “possibly to suspend the measure” before it causes any greater spread of the virus in schools.

Youth arrested for stealing from cars