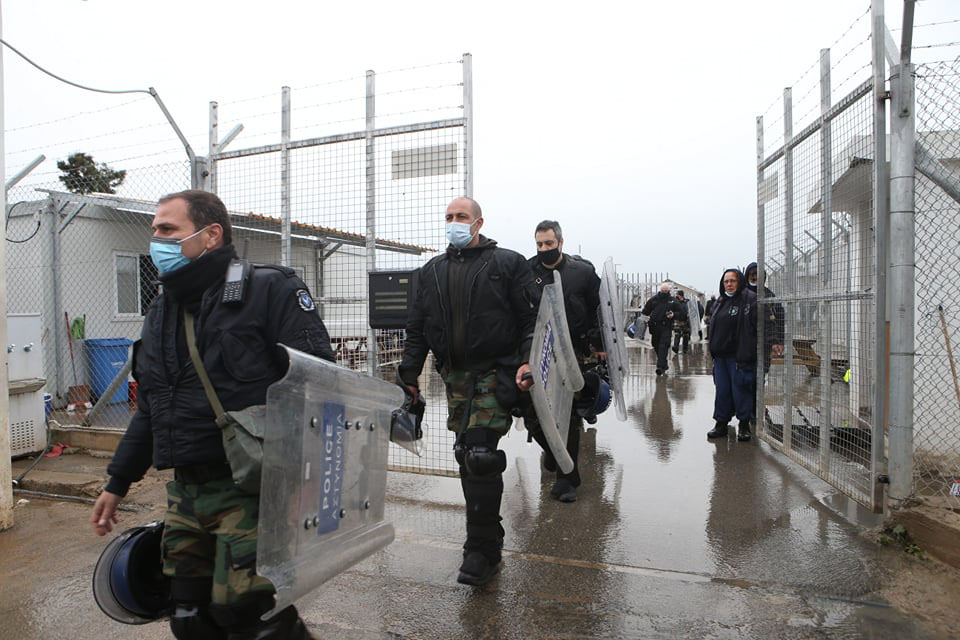 Dozens of people were injured during a mass fight at the Pournara migrant reception centre in Kokkinotrimithia early on Wednesday, requiring riot police to intervene.

An earlier fight broke out on Tuesday night, just after midnight, while a police spokesman confirmed to the Cyprus Mail that another brawl broke loose at 8:20am.

Local media stated that “Pournara once again became a warzone” amid reports that 35 people were injured of whom 28 were transported to hospital.

Police are taking statements and are expecting to make arrests in due course.

Officers decked out in riot gear arrived at the centre and intervened while members of the rapid response unit (MMAD) were also called upon, with reports that one officer was attacked with a knife.

Police initially said there were no serious injuries but reports later in the day said that knives were also brandished and that a tent was set on fire. One person is understood to have been stabbed in the eye.

Reports said the fight was amongst people of African descent, involving a group from Nigeria and another from the Congo.

Wednesday morning’s brawl appears to have broken out over a misunderstanding during a basketball game but soon escalated amid accusations of theft.

“Cyprus welcomes those who arrive and provides what it can,” Nouris said, but added that this requires those seeking protection to act accordingly.

He said that Cyprus is bearing a great burden in the form of the migration issue with the demographic now reaching 4.6 per cent of the population and Congolese arrivals now the second largest group seeking protection.

“But Cyprus cannot face further burdens from the migration issue in the form of such behaviour [as happened at Pournara],” he told CyBC radio.

The camp houses about two and a half thousand people – despite having an official capacity of 800 – many of whom are from Congo and Nigeria.

The conditions for those housed at Pournara have consistently been decried as dangerous and substandard.

The government places the blame on the large number of people seeking international protection within the Republic, leading to overcrowding and the stretching of resources.

In December, MPs from the House human rights committee visited the facility and said they were appalled by what they saw. But the interior ministry hit back, saying the government has always been open about the problems in the camp.