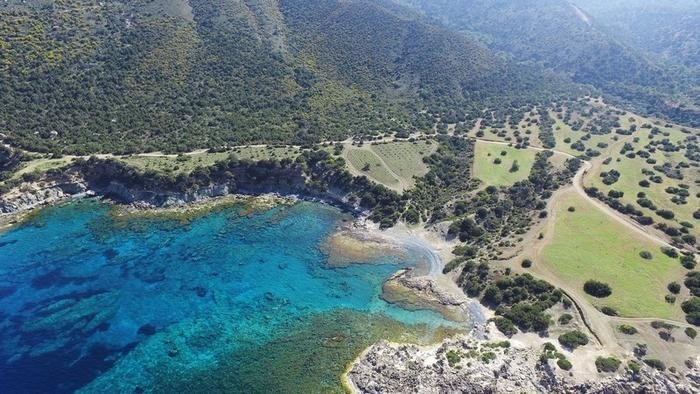 Environmental NGO, Terra Cypria, has repeated its calls for the passage of a bill that will allow those who own land in Akamas to build elsewhere, saying this will protect the area’s unique environment and beauty.

As the interior ministry appears determined to soon finalise the proposed Akamas Local Plan, the non-government-organisation said they communicated in December the need to adopt a bill concerning the transferring of development rights from one property to another.

The bill, which was described as a tool available for landowners and environmental protection, was formulated in 2011 but has been languishing in the House ever since.

The government’s impending Akamas masterplan includes the expansion of residential and tourist zones in several villages bordering the environmentally sensitive Natura 2000 protected area whose future has been a battleground between environmentalists, landowners, developers and successive governments for decades.

The plan will also allow upgraded roads and limited tourist facilities which environmentalists believe will become a slippery slope to further development.

Meanwhile, the landowners in nearby villages argue the plan does not allow them enough leeway to fully develop their properties.

Akamas is “under imminent threat of destruction” while the proposed regulations fail to ensure the rights of the residents of the communities, Terra Cypria said in a press release.

It added the proposed plan is “even contrary to its own terms of reference” as it treats landowners unfairly.

Several developments, such as a farm that can be open for visitors, can go ahead while high-volume specialised developments will be banned for the average resident who has private land, the NGO said.

“Instead, we see a bill lying dormant since 2011 and constant government statements about finalising the local plan within months, without the existence of relevant legislation to transfer the development rights and completely ignoring the huge and irreparable environmental damage that will occur and the failure to meet the real socioeconomic needs of the residents,” said Terra Cypria’s executive director, Lefkios Sergidis.

The bill in question provides for private property owners who have building rights but cannot utilise them for various reasons, to sell them or transfer them to government-owned land elsewhere, in areas specified by the interior ministry.

A similar practice already exists for owners of listed buildings where strict development conditions exist. Under a 2002 act, owners can sell their theoretical building rights to build an extra floor or room, for example, to property owners in other areas not bound by such restrictions.

The NGO reiterated that the existing provisions of the Akamas plan “directly and irreparably threaten the environment and landscape of the area, while failing to achieve organised and integrated development in and around the communities”.

Terra Cypria said it had cited its concerns on December 21, 2021 and requested an urgent meeting with the interior minister for further discussion but has yet to receive a response.

Akamas Peninsula is one of the most important and beautiful natural areas of Cyprus, the NGO said.

Part of the area is included in the European Network of Protected Areas Natura 2000 due to the very important biodiversity it hosts. For this reason, Terra Cypria explained, Akamas requires special local management precisely because of the environmental characteristics of the area, taking into account the needs of the inhabitants of the surrounding communities.

It is also one of the few areas in Cyprus that has not yet been affected by various developments.

Terra Cypria was officially established in 1992 as a charitable, non-profit organisation. According to its official website, its overall aim is to promote environmental awareness and sustainability through pressure and environmental education, as well as through programmes that promote conservation, environmental protection and research.