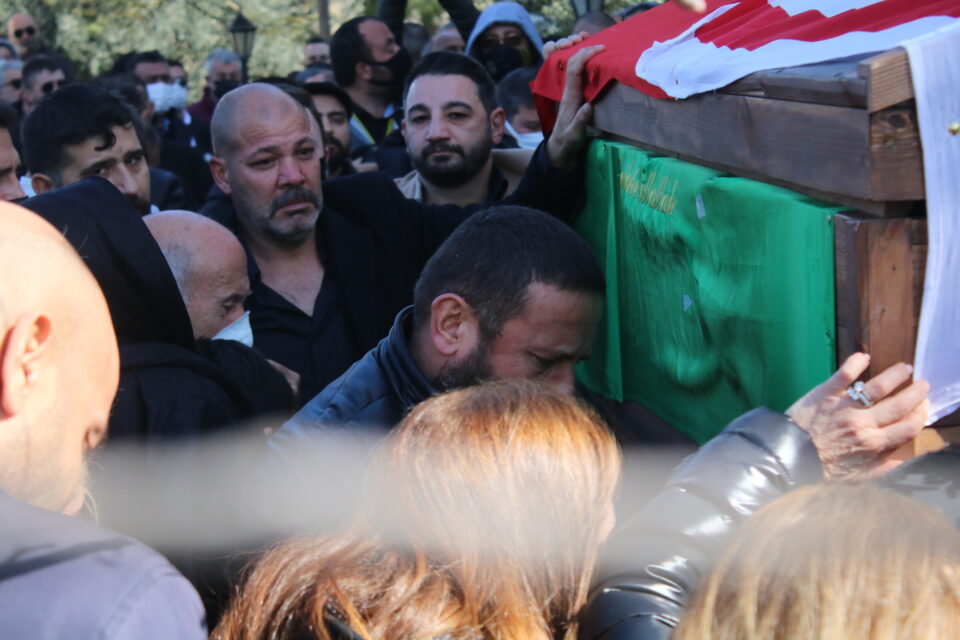 This week’s assassination has highlighted the grip of organised crime

The brutal assassination of a Turkish Cypriot businessman with alleged links to the underworld, days after the father of another businessman was shot and injured, has once again called into question the goings-on in the unrecognised entity that has been established in the northern part of Cyprus.

Hotelier, betting and casino tycoon Halil Falyali was gunned down in crossfire near his home in Kyrenia on Tuesday evening and died after sustaining serious injuries to his head and body. Police found 59 shells from three different long-barrelled guns at the scene of the crime. According to media reports, these were Kalashnikovs and A47s.

“This entity, which has been… built upon illegalities and condemned to darkness has become the back yard of organised crime groups,” said Turkish Cypriot journalist Cenk Mutluyakali. “As long as the northern part of Cyprus remains outside international law, it will continue to be the back yard of the mafia.”

Falyali, who had very close ties with many Turkish Cypriot politicians and was known as the main sponsor of the campaigns of Ersin Tatar’s National Unity Party UBP, faced criminal charges in the United States for money laundering. A US court affidavit dating back to July 2015, stated that he runs “a large-scale drug and weapons trafficking organisation” in northern Cyprus and is “known to be associated with Turkish organised crime”.

Falyali was also named by Turkish gang leader Sedat Peker in one of the videos he posted in May last year, with revelations about many political figures in Turkey and their alleged shady activities. Peker, in his video, had claimed that Falyali is a key figure in cocaine trafficking and is in cooperation with Erkan Yildirim, son of former Turkish prime minister Binali Yıldırım. He had further claimed that Falyali was untouchable because he had compromising videos of Turkish Cypriot and Turkish politicians.

In fact, in October last year, Turkish Cypriot head of the ruling coalition Ersan Saner had to resign after an online sex video involving him emerged on social media. The video was alleged to be possessed by Falyali, which then fell into the hands of Peker.

The murder of Falyali came just a week after the father of another Turkish Cypriot businessman allegedly involved in illegal betting, Bulut Akacan, was shot and injured outside his home. Shortly after the shooting, Akacan, who had run in ‘parliamentary’ elections for the UBP in 2018, recorded a video claiming that the Turkish Ulucanlar family who had been threatening him, was behind the shooting because he didn’t give them the one million pounds sterling they had asked for in racketeering. Then, a series of jaw dropping allegations followed about the Turkish ambassador as well as a number of institutions in the north.

“I met with the (Turkish) ambassador” regarding the threats, said Akacan in the video. “The ambassador told me that (Ulucanlar) are his fellow countrymen… He told me I made a mistake by going to police… He said he would take care of it.”

Akacan also said he requested protection from the police, who turned him down, and the office of the chief public prosecutor asked him to withdraw his case against the Ulucanlar family.

The Turkish embassy and the office of the chief public prosecutor have denied Akacan’s allegations.

The two shocking incidents in the course of a week gave rise to a heated debate about the entity in the northern part of Cyprus, which remains outside the international legal order and international monitoring mechanisms, providing therefore, the ideal conditions for underground activities to thrive.

According to the 2021 Global Organised Crime Index, not only Turkish Cypriot but Turkish organised crime groups have also established a significant foothold.

“This small piece of land, where international law and rules do not apply, is crushed under the intense influence of Turkey, but at the same time, has become a base for the dirty activities originating from Turkey,” associate professor Yonca Ozdemir of political science and international relations, told Medyascope.tv on Wednesday.

The north has become a haven for casinos after these were banned in Turkey in the 1990s. The place is also notorious for its night clubs. According to the US State Department’s Trafficking in Persons Report 2021, the nightclubs act as brothels where sex trafficking commonly occurs.

“The big money arising from these activities not only shapes the underworld, but the surface too” according to journalist Aysu Basri Akter, as the tax revenues from casinos and nightclubs constitute a significant portion of the Turkish Cypriot budget. “It would not suffice to say that this is just an underground showdown. These relations reach the politicians and the state mechanism.”

The events also called into question the temporary article 10 of the Turkish Cypriot ‘constitution’, which gives the authority over police to the Turkish army.

“It is vital that the temporary article 10 of the constitution is annulled,” the Social Democracy Party TDP said in a written statement. “We underline that police have to be under civilian authority, in order to openly inquire into state-mafia relations, to establish the deep state connections and to render the investigation healthy.”

“This half of the island is turning into a swamp, where all the dirty deeds are done,” said Mutluyakali.

Our View: State should calculate the cost of abandoning LNG project

Anastasiades thanks House of Representatives for approving budget

Coronavirus: 3,853 new infections detected in the past seven days