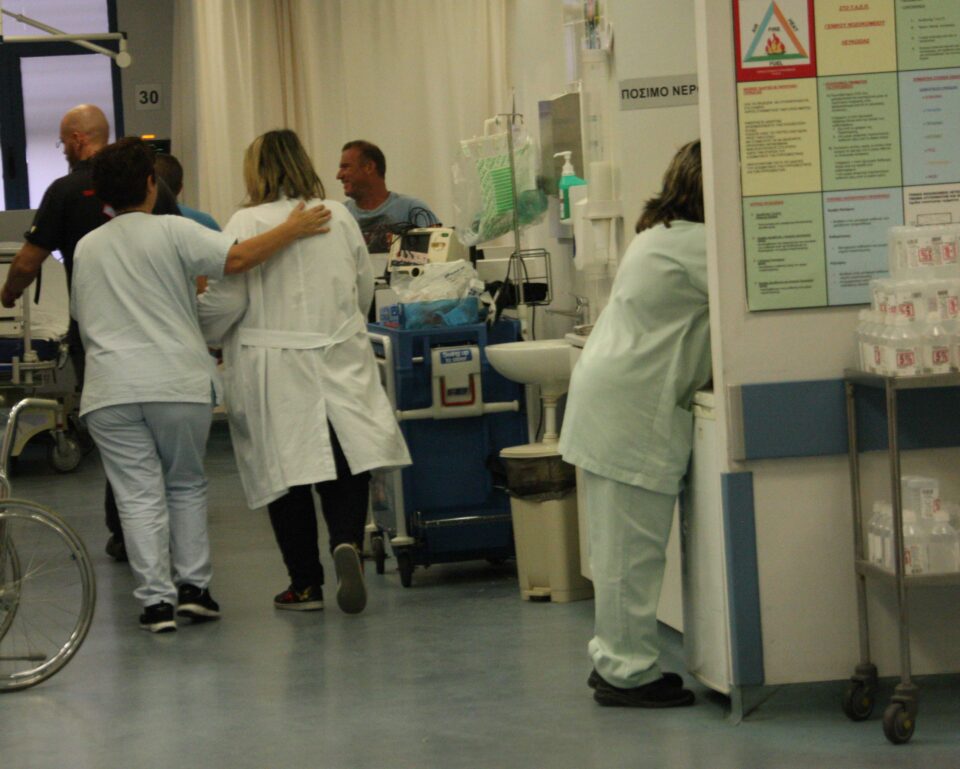 State doctors on Tuesday spoke of “serious understaffing” which violates safety rules at the accident and emergency department of the Larnaca general hospital, where a 33-year-old woman was treated and died last week.

Meanwhile, state health services organisation Okypy had rubbished claims of staff shortages in these departments, saying “additional recruitments are made when needed”.

In response, the head of state doctors’ union Pasyki Soteris Koumas, speaking to Alpha TV, said “I think it has been a long time since they have come down to the public hospitals” and called on Okypy to inform them how many doctors should be employed at the A&E of the specific hospital.

He said there was a night shift when only one specialist doctor was working together with a general practitioner, while two doctors at the health facility have been transferred to Famagusta refence hospital for coronavirus.

“We are told that they have advertised positions, that they have recruited… The point is that yesterday, today, tomorrow, there are no doctors,” Koumas said.

Ninety eight per cent of A&E departments under Gesy are located in public hospitals, he said, hence doctors with specific experience should be transferred.

“Last Friday, a doctor from the Limassol A&E resigned,” Koumas said, claiming he had not been replaced yet.

Koumas added that proper working conditions should be created for doctors.

Pasyki had denounced the “continued severe understaffing” at the accident and emergency department of the Larnaca general hospital in a written statement on Monday.

Okypy has a duty to seek and report the real causes of understaffing and take its responsibilities, they had added.

The union said the pandemic has nothing to do with the understaffing, while the limited or lack of interest when job openings are announced “should not just concern but scare the relevant officials”.

Their announcement came as the health ministry said they will investigate the sudden death of a 33-year-old mother of two and whether she died from the anti-coronavirus vaccine she had recently received, after her family reported medical negligence.

A second post mortem was expected to be carried out on the body in the presence of the family’s private pathologist on Tuesday.

“The information I have is that the death is not vaccine related, but we will listen to the family and record what happened from the first moment,” Hadjipantelas had said.

He added health ministry permanent secretary Christina Yiannaki, who will conduct the investigation, “will take all of this into account”.

The woman, who left behind two children aged 3 and 6 was transported to the accident and emergency department experiencing shortness of breath and swelling in her leg last Tuesday. She had received an anti-Covid jab 20 days prior.

Due to the seriousness of her condition, she was intubated but died later the same day.

The next day, an autopsy was performed by state pathologist Orthodoxos Orthodoxou while samples were also taken for histopathological and toxicological examinations to determine the cause of her death.

The woman’s husband reportedly told police there was a long delay at the district’s public hospital and reported medical negligence.

“We’re going to investigate everything and that’s why we want to see the relatives, hear from them personally,” Hadjipantelas said.

A second post mortem is expected to be carried out on the body on Wednesday in the presence of private pathologist Panicos Stavrianos, who was hired by her relatives, following the family’s request.

Meanwhile, friends of the family will hold a protest outside the Larnaca Hospital at 12.30pm on Wednesday, in an act of support for the family of the deceased.