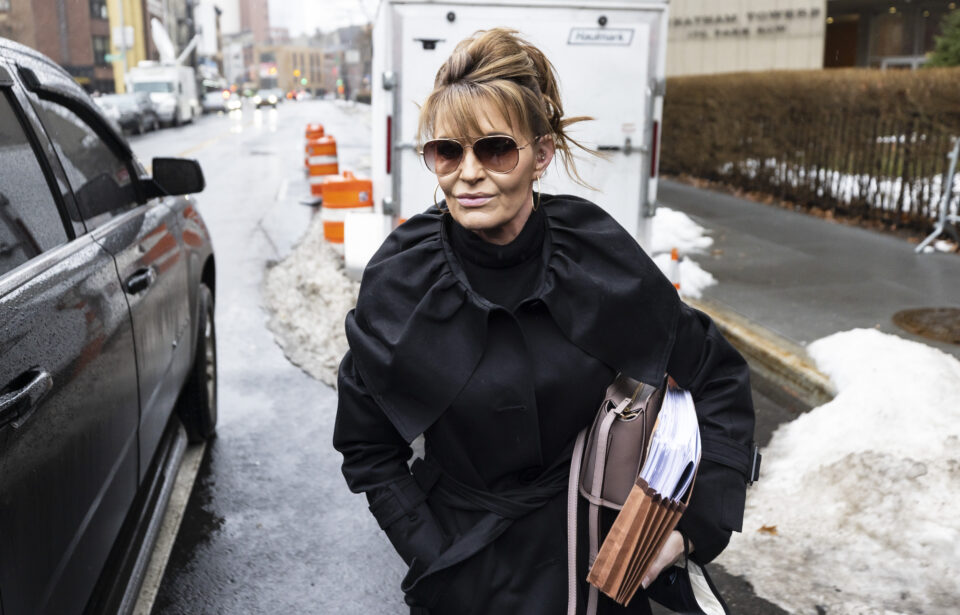 A U.S. jury on Tuesday ruled against Sarah Palin in her libel lawsuit accusing the New York Times of defaming her in a 2017 editorial that incorrectly linked her to a mass shooting, after the presiding judge already had said he would dismiss the case regardless of the verdict.

The nine-person jury in Manhattan federal court needed about two days to unanimously conclude that the Times was not liable to Palin, the former Alaska governor and 2008 Republican U.S. vice presidential candidate.

Palin is expected to appeal.

That decision established an “actual malice” standard for public figures like Palin to prove defamation, meaning that media knowingly published false information or had a reckless disregard for the truth.

On Monday, U.S. District Judge Jed Rakoff in Manhattan said Palin had not met that “very high” standard, even as he faulted the Times for “very unfortunate editorializing” in “America’s Lethal Politics,” the editorial Palin challenged.

He said letting the jurors reach a verdict could avoid complications should Palin appeal.

Rakoff told the jury about his planned dismissal only after they had finished deliberations.

“We reached the same bottom line, but on different grounds,” he told jurors. “You decided the facts. I decided the law.”

He said Palin would evaluate all options for an appeal, as she attempts to “seek redress against a giant media company that wields so much power.”

Times spokeswoman Danielle Rhoades Ha said the newspaper welcomed the verdict, which like Rakoff’s ruling recognized the importance of not punishing news media for unintended mistakes that are quickly corrected.

“It is gratifying that the jury and the judge understood the legal protections for the news media and our vital role in American society,” she said.

Palin, 58, viewed the case in biblical terms, testifying on Feb. 10 that she considered herself the underdog to the Times’ Goliath.

She sued the Times and its former editorial page editor James Bennet over a June 14, 2017, editorial that incorrectly linked her to a January 2011 mass shooting in Arizona that killed six people and wounded Democratic U.S. congresswoman Gabby Giffords.

It was written after a gunman opened fire at a congressional baseball practice in Virginia, wounding several people including Republican U.S. congressman Steve Scalise.

The editorial referred to a map circulated by Palin’s political action committee before the Arizona shooting that put the districts of Giffords and 19 other Democrats under cross hairs.

Bennet added to a colleague’s draft that “the link to political incitement was clear,” though there was no evidence the map motivated the gunman.

The Times corrected the editorial the next morning after readers and one of its columnists complained.

Bennet testified that he did not intend to harm Palin and felt terrible about the mistake.

Bennet maintained that he added the language while under deadline pressure, thinking that the growth of “highly charged political rhetoric” could prompt such incidents.

Two conservative Supreme Court justices, Clarence Thomas and Neil Gorsuch, have called for the 1964 Sullivan decision to be reconsidered. There is no guarantee the high court will eventually take Palin’s case.

Palin, a prominent conservative, was the late Senator John McCain’s running mate in the 2008 presidential election and served as Alaska’s governor from 2006 to 2009.

She said the Times editorial left her feeling “powerless” and “mortified,” but during her testimony did not offer specific examples about how it hurt her reputation or caused her harm.

Rent allowances of migrants breaking decree have been cut