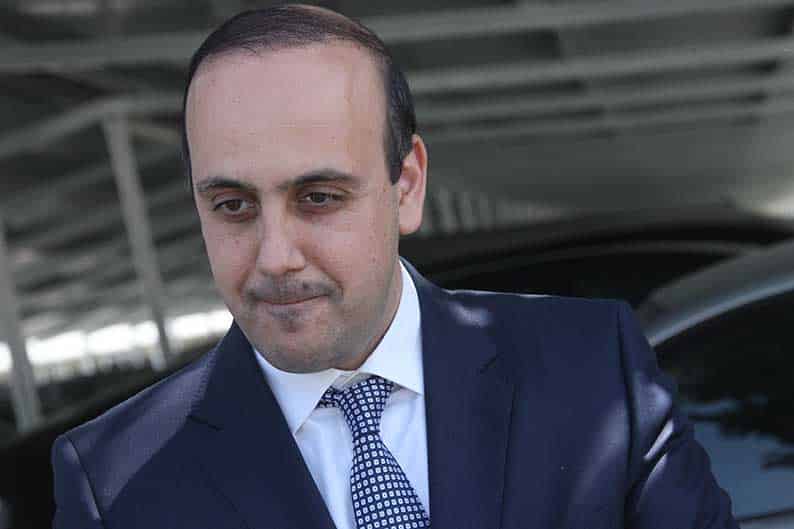 Interior Minister Nicos Nouris has hit back hard at allegations his ministry is complicit in corrupt practices and mismanagement of Turkish Cypriot properties in the south, challenging Paphos mayor Phedonos Phedonos to produce evidence of such malfeasance.

“We regretfully observe that in the last few days the mayor of Paphos, with his usual bombast, and for reasons that he must explain, is making unsubstantiated claims and attacking the interior minister personally,” read a statement released by Nouris on Thursday.

The minister said that a policy proposal has been prepared rationalising the criteria of who gets assigned a Turkish Cypriot property, “in a bid to ensure transparency, meritocracy and equality”.

The proposal would go to parliament soon.

Turning the tables on the Paphos mayor, Nouris suggested that Phedonos is making noises about the affair precisely because some people he wanted to get assigned a Turkish Cypriot property, did not.

He cited the case of a hairdresser in Paphos who had applied, when it turned out that this person had triple the income of the applicant who in the end got assigned the property.

“As such, what favouritism and bias by the Guardian of Turkish Cypriot Properties is the Paphos mayor talking about?

“As for his [Phedonos’] insults and ad hominem against the interior minister, evidently because his requests were denied, we leave him to be judged by the people.”

The matter had come up a day earlier at the House refugees committee, following complaints that many Turkish Cypriot properties have become lucrative commercial properties being run by well-connected millionaires in Paphos.

At the committee, Phedonos stated that the procedures used to assign the properties were not correct.

He suggested that the properties be distributed to people following a specific draw excluding people who do not meet the criteria to qualify as refugees or persons in need.

“Sometimes the assignments [of properties] are leaked before even being discussed,” the mayor claimed.

Moreover, he said the total value of the Turkish Cypriot properties amounts to €15 billion, based on calculations carried out by the land registry, adding, however, that “the management of such valuable assets is completely unclear” and calling for new procedures and criteria to be followed.

“At the moment, there is no cooperation whatsoever with Interior Minister Nicos Nouris regarding the management of the properties,” said the mayor.

This did not happen with Nouris’ two predecessors, he stressed.

Prior to the committee, the director of the department George Mathiopoulos spoke of “irregularities and bribes” in the assignment of Turkish Cypriot properties in Paphos, adding that he has received complaints that some of them ended up being leased to well-known millionaires.

Mathiopoulos also said the matter will be further investigated by the Audit Office, although he did not provide a timeline for the outcome of the findings.

“The management of these properties is not based on merit and unnecessarily bureaucratic,” said the deputy committee chairman Christos Christofides.

He added that the properties are handed out as favours within political parties or to serve economic interests, claiming the 2016 set of rules regulating Turkish Cypriot properties are being systematically violated.