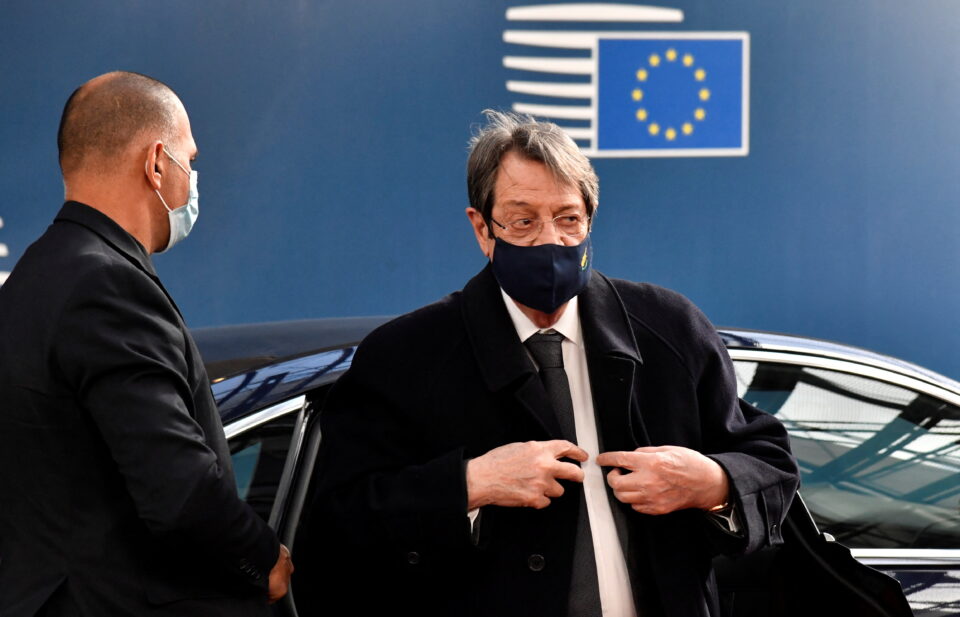 President Nicos Anastasiades is expected to raise the exploitation of African migrants by traffickers who, facilitated by Turkish authorities, are sent to EU countries including Cyprus at the EU summit underway in Brussels, deputy government spokesperson Niovi Parisinou said on Thursday.

Parisinou said the president will participate in round table discussions on peace, security and governance, as well as migration in the context of the European Union – African Union Summit being held on Thursday and Friday in Brussels.

The president will participate in the round table discussion on “Peace, Security and Governance” on Thursday where he will underline the fact that Africa and Europe are natural partners in the fields of peace and security, she said.

“A prosperous, peaceful and resilient Africa is a central goal of both continents,” Parisinou said. The two sides must find ways to improve their cooperation and to “build a renewed peace and security architecture that will be guided by the vision of an international order based on rules, with the United Nations at its centre,” she said.

On Thursday the leaders participating in the conference will take part in four round table discussions, followed by a dinner.

On Friday morning, Anastasiades will participate in a round table discussion on migration and will argue in favour of Europe giving support to Africa “with the aim to create opportunities for employment and to strengthen the effective management of the borders of African nations, as well as of their capabilities to counter criminal trafficking networks”, Parisinou said.

He is also expected to refer “to the cases of exploitation of African migrants by traffickers, after being encouraged or facilitated by the Turkish authorities, which are then sent to EU countries, including Cyprus”.

He will also note that the European Union is opposed to these practices and supports the development of cooperation, “including agreements between the EU and African countries for the safe return of migrants that have fallen victims to traffickers”.

The three thematic round tables that will take place on Friday morning and the summit will end with a special ceremony.

The aim of the EU – AU Summit is to set the foundations for “a renewed and deeper partnership between the two sides that will be based on trust and understanding of their mutual interest, as well as to agree on an investment package for the next few years, which will contribute to the development of African infrastructure in health, climate change and the economy,” Parisinou noted.

The summit is also aiming to contribute to finding solutions towards the promotion of peace, stability and security, as well as to contribute to the fight against terrorism in Africa, she added.

Parisinou also announced that President Anastasiades will have several bilateral meetings with African leaders, including the presidents of Egypt, Ghana and Kenya.