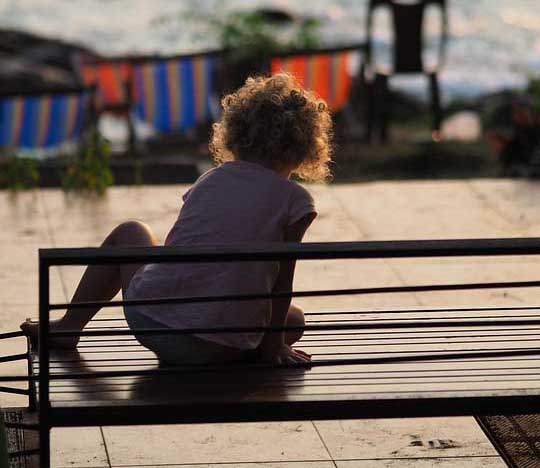 A child of divorced parents doesn’t need a psychiatrist, but a counsellor might be more equipped to help them

Gesy letting down those who need psychological support

An overly clinical approach to mental health services can do more harm than good, especially during a period of widespread public mental ill-health, the Pancyprian union of psychologists argued in a recent press release.

The advent of national health scheme Gesy may have opened up access to more medical specialists and services, but the union thinks it has not paid the same attention to mental health as it has to physical health.

To get referred to a mental health professional, a Gesy beneficiary must first consult with their personal doctor, who will then refer them to the appropriate specialist – just like with every other medical issue. After getting a referral the patient is entitled to up to 18 sessions with their chosen professional. But the union thinks that this is not effective when it comes to mental health services as the condition and needs of each patient can vary greatly.

The union claimed that despite promising to begin deliberations on adding counsellors to Gesy, the HIO is now backtracking by saying the offered services are adequate. According to the union, the HIO considers that “all of these providers…are able to offer all of the necessary services” to beneficiaries which means that there is no need for counsellors to be added to the system – something professionals disagree with.

“The HIO’s philosophy on mental health matters does not identify with the biopsychosocial model of understanding mental health,” the union said, which results in an overly clinical approach to mental health treatment.

Gesy only offers access to clinical psychologists and psychiatrists, who focus on the study of mental disorders, and in case of the latter, prescribe medication, whereas counselling psychologists help people address emotional, social, and physical stressors in their lives while in treatment. This makes it difficult to offer services to people with mild depression or anxiety disorders, social and emotional issues, or longterm and terminal illnesses.

This creates “two different types of patient” as the only way for people to access a counselling psychologist is to go private at their own expense, which goes contrary to Gesy’s philosophy, the union said.

“It’s criminal,” Metaxas said, as a lot of people in need are being deprived of help either because they wouldn’t qualify for a referral, or simply cannot afford to shell out an average of €50 per session (at best) for private sessions with a counsellor. “For example, a child of divorced parents doesn’t need a psychiatrist, but a counsellor might be more equipped to help them.” As a result, he said, personal doctors often end up lying so they can give a referral to someone who needs help but might not be able to afford paying for a counsellor privately.

But according to a counselling psychologist now practising in Cyprus after years in the UK’s NHS, mental health is not taken seriously in general and this is not a phenomenon unique to Gesy, or Cyprus.

“I personally don’t see why there should be a division between clinical and counselling psychologists,” she told the Sunday Mail, agreeing that Gesy is taking an overly clinical approach to the issue.

NHS beneficiaries can self-refer for mental health services but even this system can fall short, in this writer’s experience. Depending on where a beneficiary lives, the services offered can range from in-person counselling, to group therapy sessions, to a staged process that takes place online. Despite theoretically better access to these services, they are still quite rudimentary and cannot offer substantial help to everyone – which has created a new trend among UK employers to offer private therapy as part of their benefits packages.

Approving a separate budget for counselling within Gesy will have long-term benefits, the union had argued, as it would bolster the system’s ability to tackle the many issues caused by mental ill-health.

“It is very wrong to assume mental health is only about psychopathology,” Metaxas said, mentioning the coronavirus pandemic as yet another huge factor that has affected the mental health of the population on a collective, but also on an individual level.

“In our experience, and as we have seen from evidence presented by HIO, only a small fraction of the public is being adequately served, despite the fact that more people need mental health services as a result of the pandemic,” the union said.

The union has called on the state, relevant officials and organisations “with a responsibility of protecting public mental health” to act swiftly to resolve the issue.

Skiing in Lebanon too steep for most with currency in freefall