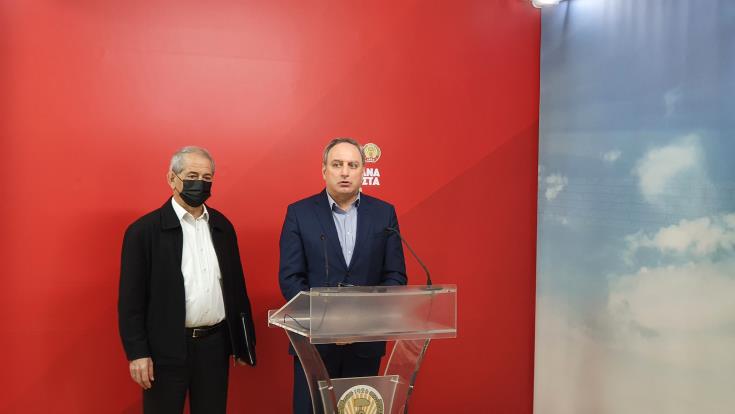 Rising prices and inflation are a global phenomenon, President Anastasiades said on Wednesday night, responding to opposition parties and unions who have announced islandwide protests over the surge in the cost of living.

The causes of inflationary pressures are found far beyond Cyprus, the president stressed, referring to a rise in energy prices, transport costs, steel and construction materials. He said the government is moving to deal with the issue through a series of EU measures and solutions.

“It would be easy to reduce VAT but that’s not as simple as it sounds,” the president said in an interview with Alpha TV, adding that consultations are on-going in Europe to respond to rising prices in the same way as the pandemic.

“We’re doing what is humanly possible,” the president remarked, making clear that he was not going to take risks with policies that endangered the country’s fiscal stability.

President Anastasiades said he could have been more generous as he was nearing the end of his term, but he would not do that.

“Just hand out everything and deliver a bankrupt state as the one I inherited. I wouldn’t dream of doing anything like that,” he said.

Commenting on the housing difficulties of young couples, Anastasiades said that the government was doing everything possible to help through its housing policy, including subsidies on interest as well as finance and interior ministry programmes.

Left-wing Akel meanwhile, will on Saturday hold protests against the surge in the cost of living and what it has called the government’s failure to act, the party’s Secretary General Stephanos Stephanou announced on Wednesday after meeting the president of the Cyprus Consumers Association Marios Drousiotis. Protests will be held in all districts.

“We understand that part of the increases is linked to international factors outside our government’s will. However, the government must always protect consumers and I can’t see it doing so,” Stephanou said, adding that whenever Akel raises the issue of rising prices, ruling Disy refuses to recognise and evaluate the problem.

“The government refuses to implement state policies aiming at protecting the consumer and, in general, the economy to cope during this difficult period.”

He also said the government ignored a decision taken by the House of Representatives to reduce VAT on electricity bills from 19 per cent to 9 per cent.

“Akel, a party that stands by its people, has made several proposals on the issue of Cyprus’ increased cost of living. Meeting the consumers’ association only consolidated our will to continue out battle.”

Drousiotis echoed Stephanou’s words and urged the state to intervene and help “those most in need, even temporarily”.

He also added that there should be a ceiling on the price of milk, after consumers saw a price increase in the past weeks.

“The government said that the price increases are justified, but the law clearly states that ceilings must be placed when consumers are facing difficult times, such as the one we are living at the moment,” Drousiotis said referring to the Covid-19 pandemic.

These will be held in Nicosia at the start of Ledra street at 3.30 pm, in Limassol at the Peo offices at 11.00 am, in the Famagusta district at the Dherynia-Paralimni roundabout at 11.30 am, in Larnaca at Alki Square also at 11.00 am and in Paphos at 10.30 am at Kennedy Square.