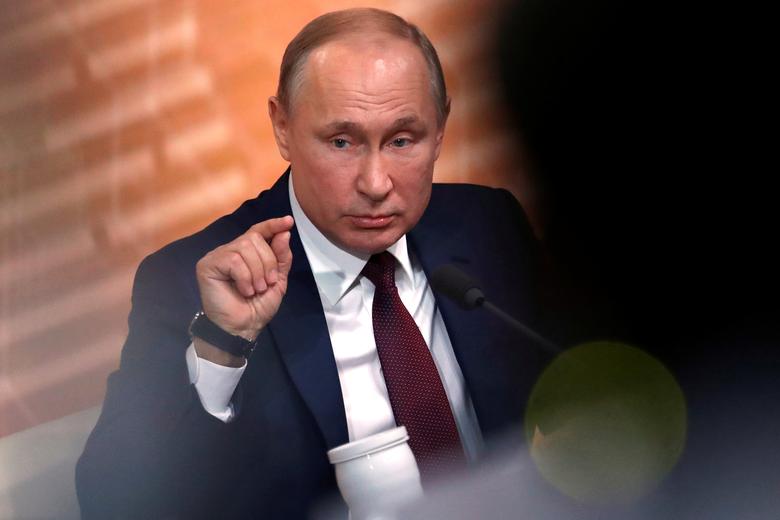 Russia’s unprovoked and illegal invasion of Ukraine exposes Vladimir Putin’s regime for what it is: mendacious, bellicose and calculating. His Foreign Minister, Sergey Lavrov, told me directly that Russia would not invade. Last week, they claimed to be pulling back their forces. They have lied to the world and their own people again and again. This is not just an assault on the innocent people of Ukraine, their sovereignty and their future. It is also an attack on the security and freedom of Europe.

With so much at stake, the United Kingdom is leading the charge to rally international support for Ukraine and to respond alongside our allies with strength. That’s why we have been at the forefront in supplying defensive weapons and economic support to Ukraine. We have also been consistent in calling out Russian disinformation and the false flag operations aimed at creating a pretext for invasion.

Yesterday, I summoned the Russian ambassador to the Foreign Office, where I made clear that he should be ashamed and Russia had lost its last shred of credibility within the international community. Shortly, I will embark on a round of shuttle diplomacy across Europe and the United States to galvanise a united, decisive and determined response to this aggression.

The UK is proud to lead by example. We warned repeatedly alongside our allies that any further invasion would incur massive consequences with severe costs. We have been working in lockstep to show Moscow that we mean what we say. Our unprecedented package of economic sanctions will leave no part of the Putin regime unscathed. We are hitting more than a hundred companies and oligarchs at the heart of the Russian establishment with sanctions worth many hundreds of billions of pounds.

Our targets range from Russia’s largest defence company and its second biggest bank to leading members of President Putin’s inner circle. This will deliver the highest economic cost the Kremlin has ever seen.

By closing these major financial lifelines worth billions of pounds, we will cripple Russia’s economic development in both the short and long term. And we are working with our allies to maximise the pressure through measures like excluding Russia from using the SWIFT financial system.

We will substantially strengthen trade restrictions – including our toughest export controls against Russia – to hammer its electronics, telecoms and aerospace industries. In this way, we will degrade Russia’s military development for years to come, blunting the potential growth of Putin’s war machine. We are also banning Russia’s flagship airline, Aeroflot, from our airspace.

We are sanctioning more of the Russian elite, including President Putin’s former son-in-law Kirill Shamalov as well as the heads of major Russian missile suppliers and aircraft manufacturers. They will be unable to travel to the UK and any assets based here will be frozen. We will also be sanctioning the Belarus regime for their craven role in aiding and abetting Russia’s actions.

The Kremlin is leading the Russian people into a quagmire and turning Russia into a global pariah. This is the moment to take a hard-headed approach, which means being ready to accept short-term pain for long-term gain – in the knowledge that the pain felt by Putin will be exponentially higher. German Chancellor Scholz has recognised how vital this is by suspending Nord Stream 2, as Europe moves to cut its dependence on Russian gas.

With Ukraine’s future in peril, we must unite in putting a stop to President Putin’s aggressive ambitions. He is hell-bent on realising his dream of recreating a Greater Russia with swathes of Europe in his sphere of influence.

That is why he also tries to needle other free democracies on Russia’s doorstep. He made that clear in his fact-free diatribes this week, smearing our allies in Eastern Europe with the false accusation that they moved “against Russia” by joining Nato – which is a purely defensive alliance.

We know Russia is willing to build an invasion on lies, so it could not be more important to stay vigilant. We have set up a new government Information Cell dedicated to rebutting the Kremlin’s fake narratives designed to justify the unjustifiable.

At this defining moment, we stand with Ukraine, its people and its democracy and will continue to support them economically, politically and defensively. I saw their courage and fortitude on my visit to Kyiv last week.

They have risked their lives to choose freedom and are ready to do so again. We cannot – and will not – rest until the Russian economy pays the price and Ukraine’s sovereignty and territorial integrity are restored. 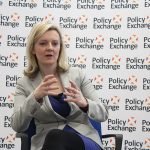 Protest in Limassol against Russian invasion of Ukraine (Updated)