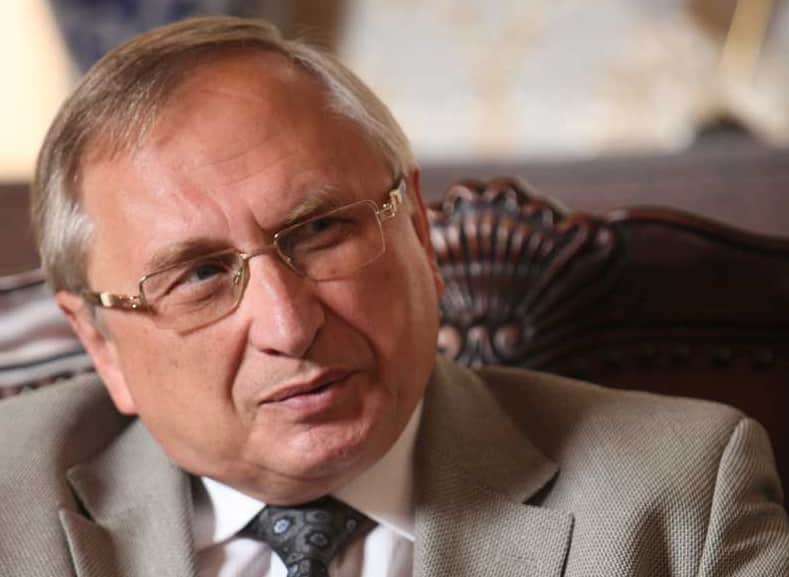 Cyprus has “shot itself in the foot” by joining the EU’s ban on Russian aircraft into the bloc’s airspace, the Russian ambassador bluntly stated on Monday amid concerns from the tourism industry.

Foreign Minister Ioannis Kasoulides late on Sunday said that the Republic joined the bloc’s unified flight ban but reserved the right to review the policy should Ankara not join in on the ban – with fears that Turkey would “instrumentalise” the move, potentially sending Russian tourists to the north.

Russian ambassador to Cyprus Stanislav Osadchiy addressed Cyprus’ concerns in no uncertain terms, saying: “Where will Cyprus get its Russian tourists from? They won’t come, where will they go – to Turkey, is that what you want?

“For them to go spend their money over there [Turkey]? Summer is coming up, you’ve closed your airspace – you shot yourselves in the foot,” he said, adding that Russia had not wished this to happen.

In retaliation to the EU ban on Russian flights, Russia on Monday closed its airspace to airlines from 36 countries, including Cyprus and the 26 other members of the European Union.

With the EU ban effective immediately, three flights from Moscow to Larnaca airport were cancelled on Monday, with a departure from Larnaca to Moscow also slashed, while Paphos airport saw two Russia-linked flights being cancelled.

The unprecedented prohibition seeks to pressure President Vladimir Putin to end his invasion of Ukraine, the biggest attack on a European state since World War Two.

Asked about the growing international sanctions on Russia, Osadchiy replied: “If you’re asking me personally, we’re not worried – unfortunately, I think the Europeans are shooting themselves in the foot: where will they procure their natural gas, oil, wheat?”

Speaking to Sigma interviewer and CEO of Dias Publishing Chrysanthos Tsouroullis on Monday, he then made his remarks about the impact on Cyprus for following the EU sanctions on Russia.

Earlier on Monday morning, Kasoulides said that if Turkey does not join the ban and proceeds to send Russians to the north then Nicosia may alter course.

That was backed up on Monday morning as foreign ministry spokesman Demetris Demetriou said that Cyprus could go its own way and reopen its airspace to Russian flights should the Republic’s national interests be at stake.

“This decision is currently being enforced, therefore Cyprus consented… however, if we see that national interests are being harmed, or if Cyprus is being harmed by Turkey’s instrumentalisation of this decision [flight ban] then specific decisions will be taken – regardless of legal or other commitments,” Demetriou told state broadcaster CyBC.

The flight ban shocked the tourism sector across the Republic – for whom Russians comprised 40 per cent of all tourist arrivals last year – with dire warnings being issued. Local media over the weekend ran headlines such as “Final Blow for Cyprus” over prospects that Russian tourists may be absent in the upcoming summer season.

Speaking to CyBC radio on Monday morning, Kasoulides said that although the economy of Cyprus is heavily dependent on tourism, it could not block the move to shut European airspace to Russian planes.

During an informal videoconference on Sunday night EU foreign ministers agreed “to intensify efforts to provide humanitarian assistance to Ukraine and impose targeted restrictive measures on Russia, in the framework of the Swift programme. Additionally, they agreed to provide military equipment to Ukraine, and shut European airspace to Russian planes.”

The closure of Cyprus airspace to Russian aircraft, was announced via Twitter by Minister of Transport Yiannis Karousos late Sunday night.

“A NOTAM was issued with effect from midnight, in order to implement the closure of the airspace for Russian aircraft in accordance with the relevant EU decision,” Karousos said.

Highlighting the significance of the move for Cyprus, Karousos told media on Monday morning that authorities estimated the movement of 1.3 million passengers between Cyprus and Russia in 2022, roughly 15 per cent of the island’s total air traffic.

Last year, Russians comprised 40 per cent of all tourist arrivals, whereas in 2019, before the start of the Covid-19 pandemic, the number of Russian tourists totalled 782,000 – out of a total of 3.9 million.

Kasoulides said the airspace closure came with the right to reconsider in the event that Turkey refuses to follow suit.

“When it comes to closing the European airspace, the foreign minister noted that our consent is given without prejudice to our right to review and/or revise the implementation of this decision, in the case that Turkey refuses to proceed with closing its own airspace and proceeds with instrumentalising this European decision, in order to attract and/ or transfer Russian citizens to the occupied areas of Cyprus,” a foreign ministry announcement said.

Referring to the accusation that Cyprus had been one of several EU countries against disabling Russian access to the Swift banking system, Kasoulides said it was deliberate misinformation.

Finance Minister Constantinos Petrides had said on Saturday that Cyprus did not stand in the way of disallowing Russia to use Swift.

The ban has spooked many in the financial sector, as it includes all airlines such as flag carrier Aeroflot, leaving the country’s carriers with scarce options for flight paths into Europe – meaning longer flight times and fuel costs.

But others are set to gain, as seen by Azerbaijan – as its air navigation services said it has opened up alternative traffic routes for airlines looking to avoid Russian airspace without adding huge diversions.

Russia banned from all competitions by Fifa and Uefa