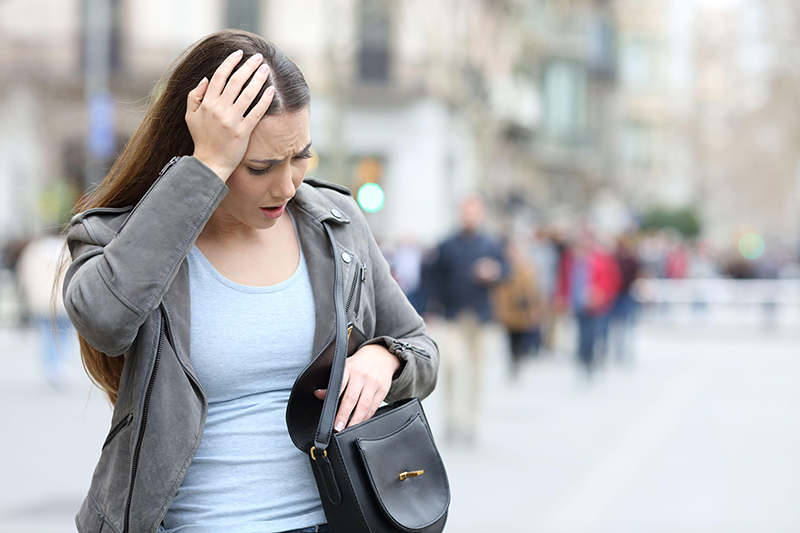 A Generic Photo of a person realising they have forgotten something important. Alamy/PA.

If you forget to return a call or send a card (perhaps Valentine’s Day slipped your mind this year?), new research showing feeling low or sad can make you forgetful could give you an excuse for your faux pas.

Researchers at the University of Aberdeen monitored how reliable people were at carrying out tasks and whether their mood affected the chances of them completing it, and found that feeling blue can make people less likely to remember to perform everyday tasks like posting a letter or returning a call.

Dr Katharina Schnitzspahn, who co-led the study, says: “Our results suggest a clear relationship between our emotional states and our cognitive performance and highlights the need to reduce stress and negative feelings to help us remember and perform our planned intentions.”

And feeling low is not the only reason you may be more forgetful than normal. Here is a list of 10 potential explanations…

Low mood: Schnitzspahn says: “Our study, and previous work in the laboratory, show an association between mood and remembering intentions – the better the mood, the better we remember our tasks.”

Stress and anxiety: If you’re feeling stressed or anxious, it can make it harder to concentrate and lock in new information or retrieve old memories. “Acute stress is negatively related to prospective memory – our ability to remember and perform delayed intentions,” says Schnitzspahn.

Depression: You may be more forgetful if you’re depressed, and studies show depressive symptoms have an adverse effect on the immediate recall of new information. Schnitzspahn says: “Not surprisingly, research suggests memory is reduced in different patient populations, for example those with depression.”

Drinking too much alcohol: Having too much booze can interfere with short-term memory, even after the effects of alcohol have worn off. Obviously how much is too much varies from person to person, but Britain’s NHS recommends men and women don’t drink more than 14 units a week on a regular basis, and spread your drinking over three or more days if you regularly drink 14 units a week.

“Alcohol or other drug use, such as ecstasy, has been shown to reduce prospective memory,” confirms Schnitzspahn.

Lack of sleep: Most of us have experienced how being tired can dull your memory, and studies have confirmed that sleep deprivation causes short- and long-term cognitive impairment, affecting memory as well as thinking and attention. “Sleep does seem to have a small benefit on memory,” agrees Schnitzspahn.

If it’s exciting you’re more likely to remember it: It’s no great surprise that if something is boring, you’re much less likely to remember it, and Schnitzspahn explains: “Important tasks are generally better remembered in all age groups. Even in young children, making the task exciting, for example reminding the experimenter to give them a present, can boost their performance – or, to put differently, boring or unmeaningful tasks are remembered worse.”

Emotional meaning helps you remember: If something is not necessarily important but is emotionally meaningful or positive, it’s especially well-remembered in older people, says Schnitzspahn.

Pregnancy can make you forgetful: If you’re forgetting things more than usual, maybe you’re pregnant! Australian research has found pregnant women are significantly impaired on some, but not all, measures of memory, and Schnitzspahn says: “Pregnancy may be associated with increased difficulty in implementing delayed intentions in everyday life.”

Russia and Belarus banned from Paralympics after protests