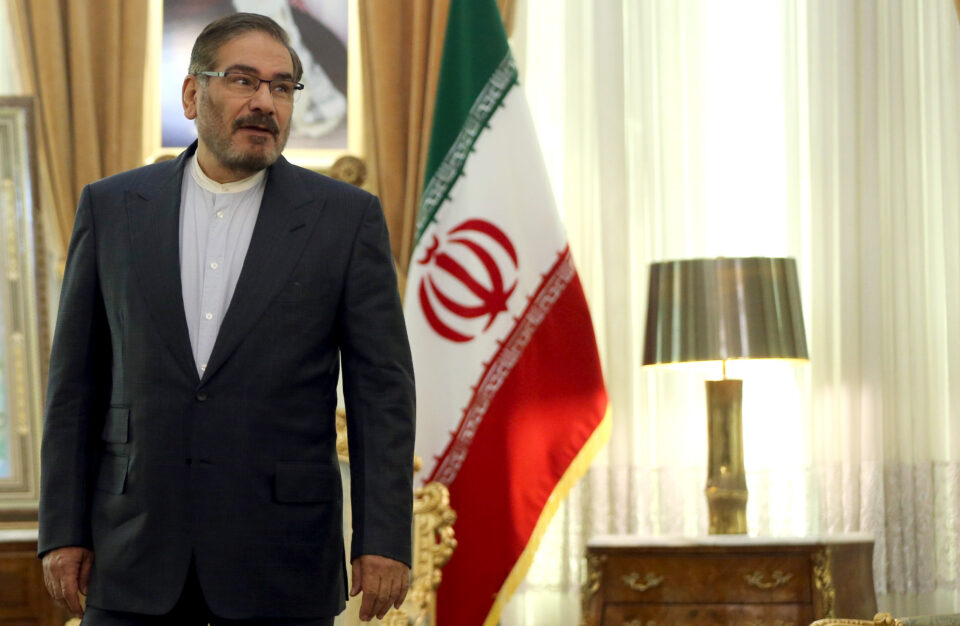 Iran raised the stakes in nuclear talks with world powers on Thursday, saying the United States had to drop “unacceptable proposals” just as the prospects of reaching an accord were thrown into uncertainty by last-minute Russian demands.

Eleven months of talks to restore a 2015 nuclear deal, which lifted sanctions on Iran in return for curbs on its nuclear programme, have reached their final stages. But they stalled last week when Moscow demanded written guarantees from the United States that Western sanctions against Moscow over its invasion of Ukraine would not affect its trade with Iran.

Iranian chief negotiator Ali Bagheri Kani returned to Vienna on Wednesday after holding consultations in Tehran and met the coordinator of the talks, Enrique Mora of the European Union.

Mora had broken off informal meetings on Monday, saying the time had come for political decisions to be taken to end the negotiations.

Several Iranian officials appeared to toughen Tehran’s stance on Thursday. After months of remaining silent in the negotiations, Supreme Leader Ali Khamenei was quoted by Tasnim News Agency as saying Iran would not be naive and bow to pressure to reduce its defensive power, regional presence and progress in nuclear technology.

“Regional presence gives us strategic depth and more power. Why should we give it up? Scientific progress in the nuclear field is related to our future needs, and if we give that up, will anyone help us in the future?” he said.

His top security official Ali Shamkhani, secretary of Iran’s Supreme National Security Council, on Twitter accused the United States of not taking the necessary decisions, which was making the talks more complicated.

Four Western diplomats had told Reuters that the broad outline of a deal had been finalised and that there were only minor adjustments to be made. They insisted that Russia was now the main obstacle.

Iranian officials have remained cautious in responding to Russia’s demands, but suggested on Thursday that there were still serious unresolved issues in the nuclear negotiations.

Tasnim news agency quoted an Iranian official saying that there were still important matters linked to guarantees and sanctions that had not been resolved.

Iran has also said it wants guarantees that no future U.S. president will again abandon a nuclear deal.

Underscoring Iranian concerns, former U.S. Vice-president Mike Pence said on Wednesday that should Washington agree a new accord and were the Republicans to take power again, they would “rip up any new Iran Nuclear Deal on day one.”

An Iranian official said there were still two to three difficult questions to resolve and that Tehran was now also demanding a change in the sequencing of how an accord should be implemented.

He said Iran wanted the issuing of oil waivers first and then Tehran to verify the move by exporting oil and getting petrodollars via the banking system.

European negotiators from France, Britain, and Germany have temporarily left the talks as they believed they had gone as far as they could and it was now up to the United States and Iran to agree on outstanding issues.

Russia’s envoy to the talks, Mikhail Ulyanov, on Wednesday evening dismissed any suggestion that Moscow was holding up an agreement and said a text was no longer final because there had been new demands by other participants.

“In view of the new circumstances and wave of sanctions against Russia we have the right to protect our interests in the nuclear field and wider context,” Ulyanov said.

He said the United States and the European Union had to make it clear that neither now nor in the future could sanctions hit the implementation of nuclear projects in Iran or, much more broadly, Russia’s trade and economic relations with Iran.

Western officials say Moscow is trying to reap extra benefits from its participation in the effort to restore the nuclear agreement, but that they would not play ball.