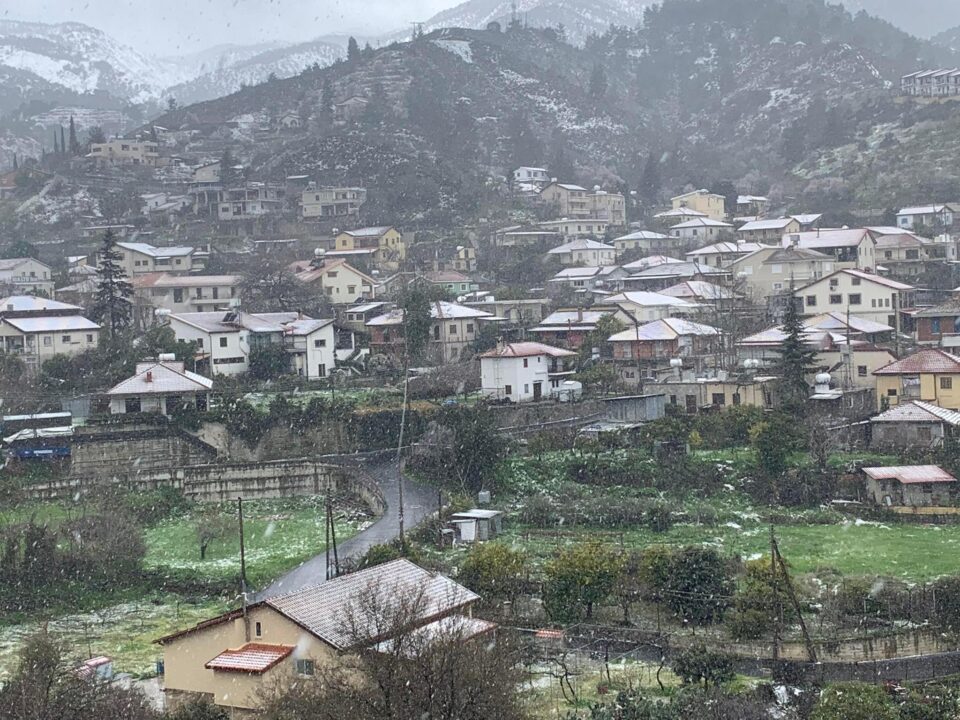 As the Philippos weather system continued to batter Cyprus with strong winds and rain early on Friday morning the fire service responded to 15 calls for help, mostly to remove fallen trees.

Low level snowfall has also meant a number of roads in the mountains are open only to vehicles with four-wheel drive or snow chains, police said.

A met office yellow alert for very strong winds that was issued on Thursday ended at 8am on Friday, but not before several trees were uprooted.

The fire service said it had responded to 15 calls relating to the extreme weather, mostly winds. Two were in the Nicosia district, 10 in the Limassol district and three in Paphos.

They concerned moving fallen trees from public and other areas, moving tree branches from electricity wires, from parked cars – luckily without any passengers – as well as moving constructions from light materials that were carried away by the wind.

The three cases in Paphos occurred around dawn, one cypress tree crashing down outside the fire station on Athenon Avenue, and two cypress trees falling between Geroskipou and Koloni, along the coast. The fire service also removed a tree that was uprooted in the village of Kannaviou.

Wintery weather has made driving conditions difficult and prompted police to clarify that because of snowfall in the mountain and hilly areas, as well frost, a number of roads are open only to four-wheel drive cars or those equipped with snow chains.

Police said that the same applies to all roads leading to Troodos in the Limassol district, as well as the Kalo Chorio-Agros, Agros-Palechori and Agros-Kyperounta roads. In the Larnaca district, the road network of the villages of Odou, Farmakas and Vavatsinia is affected.

Elsewhere police said that even though there were no specific problems with the road network, the surface is slippery and wet, and drivers should drive slowly and keep a safe distance from other vehicles.

More rains and thunderstorms are forecast for Friday, with snow expected in the mountains with the weather expected to improve from the afternoon.

Temperatures will rise to 10C inland and on the west and north coasts, 12C on the south and east coasts and -4 in the higher Troodos peaks.

On Monday, there will be intervals of sunshine and intervals of increased cloud. Temperatures will edge down on Saturday, moving up slightly on Monday but remaining below the seasonal average.

An artistic journey to historic Greece