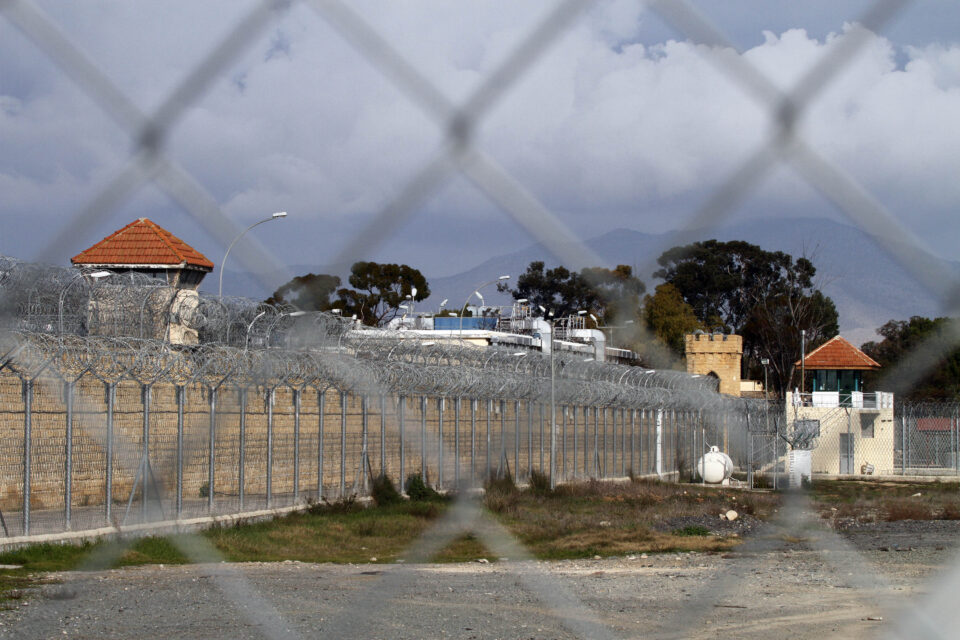 A large percentage of inmates in Cyprus are illegal migrants who could have been issued administrative measures to relieve some pressure from the overcrowded Nicosia prisons, director Anna Aristotelous told the Cyprus Mail on Friday.

As the number of prisoners climbed to a new high, having exceeded twice its maximum capacity, the director of the department of prisons explained how the use of alternative measures could help alleviate the burden in the justice system.

“For minor offences, alternative measures and sanctions should be applied instead of detention and imprisonment,” Aristotelous said.

To date, there are 850 inmates in the Nicosia prisons, while the maximum capacity of the facilities is set at 424. This is due to a massive admission of illegal migrants to prison since July 2021, the director said.

Overcrowding is a “very important” issue which affects the smooth operation of prisons, Aristotelous said, adding that two or three inmates might end up sharing single rooms.

She said that half the prison population comprises people convicted for up to 12 months, 83 per cent of whom are illegal migrants.

Instead of a jail sentence, the prison director proposed, authorities should have proceeded to the immediate examination of their application, to rule out rule whether or not they should be deported.

“There is no rehabilitation programme for these people anyway. They didn’t commit a crime, they just left their country for a better tomorrow.”

“If illegal aliens were treated differently, as is the case in other countries, they would not end up in prisons and we would not have the overcrowding problem we have today,” Aristotelous said.

She highlighted that alternative measures such as fines, community service and home detention should have been applied to those who serve prison sentences of less than 12 months.

This is implemented in other countries, she said, where 50 per cent of the court’s decisions concern alternative measures and sanctions.

The supervised population in 24 of the 32 countries in the Council of Europe is larger than the population in their prisons, after applying alternative measures and sanctions rather than detention and imprisonment.

“The Netherlands is a concrete example where it had closed 19 of its prisons in six years, and since 2019 started renting them to neighbouring countries,” Aristotelous said.

This, coupled with the poor treatment of prisoners under the then punitive model, Aristotelous said, led to a series of suicides – six suicides in less than a year, daily self-harm and increased intra-departmental violence, riots, corruption scandals and other negative consequences.

On a more positive note, Cyprus prisons will be featured in the Netflix docuseries ‘Inside the World’s Toughest Prisons’ this summer, Aristotelous confirmed. In the reality show series the Cyprus facility’s approach to treating inmates is expected to be favourably compared with harsher correctional facilities. “The crews came for two weeks and were shooting from 5am until midnight,” she said.

Our View: Cyprus must reconsider its position on sending gas through Turkey

Deutsche Bank bucks trend as it maintains ties to Russia