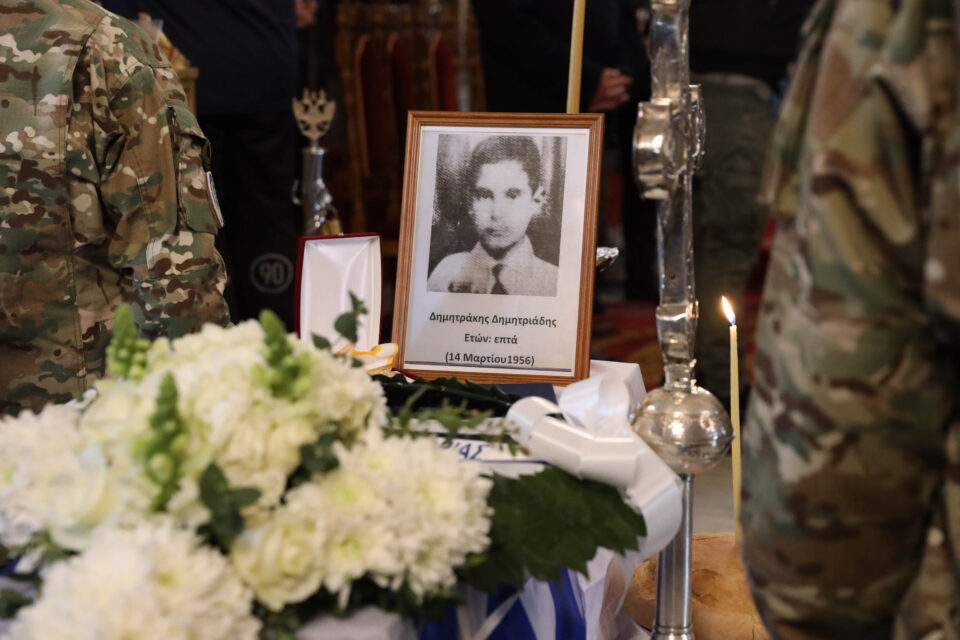 A church service was held on Saturday for the state reburial of Demetrakis Demetriades, who was shot and killed when he was just seven years old by a British officer while taking part in an Eoka protest in 1956.

Wreaths were laid at the boy’s grave, and presidential commissioner Photis Photiou, who was attending on behalf of President Nicos Anastasiades awarded Demetrakis’ brother Lakis Demetriades the national Medal of Honour for his brother’s sacrifice to the colonial struggle.

The burial took place in the Ayios Georgios Kontos cemetery in Larnaca, where the boy’s remains were identified in October as part of a mass grave following a written request to Photiou by his family, who did not know the exact location of his body.

“All proper procedures were followed to exhume and verify the remains, in order to create an individual gravesite to honour the young hero’s name and sacrifice according to our holy traditions,” Photiou said in his address during the funeral. 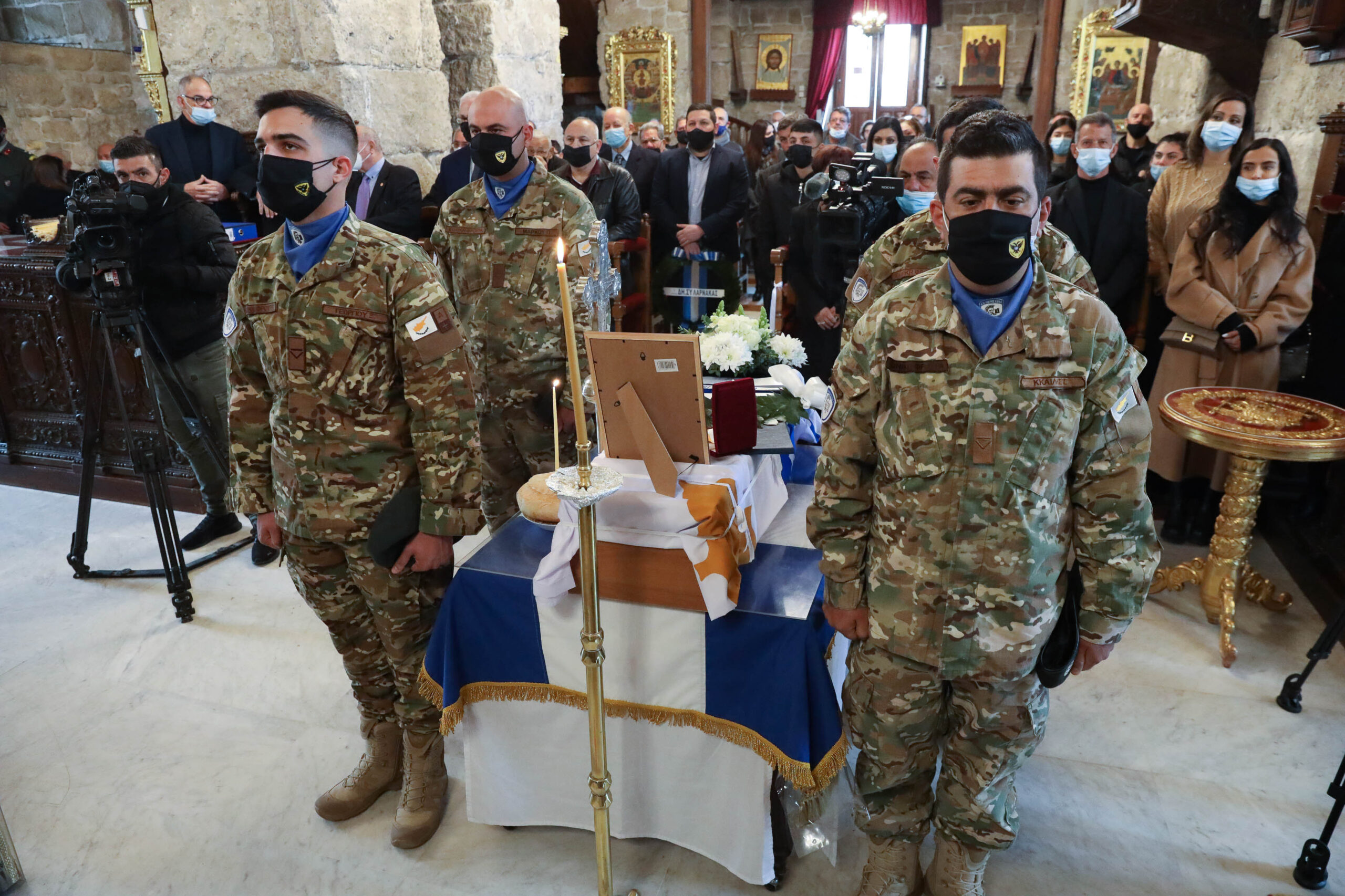 The boy, dubbed “the youngest Eoka hero” by the organisation’s leader during the uprising against British colonial rule, was shot by an English officer during a student protest in the Ayios Lazaros area of the city on March 14, 1956. He was among a group of pupils throwing rocks at British officers.

Tensions had risen across the island and in Greece following the exile of Archbishop Makarios and other officials to the Seychelles on March 9, 1956, sparking widespread protests.

According to Andreas Efthymiou, secretary-general of the Eoka Fighters Association, who also spoke at the funeral, Demetrakis had followed a group of older pupils instead of going home after school, and participated in stoning the officers.

As security forces closed in on the crowds in the Ayios Lazaros church yard, firing teargas, the pupils hid behind the church wall, but Demetrakis continued throwing rocks, leaving himself exposed to the fatal gunshot Efthymiou said.

The official British version of the tragedy was shockingly curt.

“Two vehicles of Security Forces were attacked by a hostile crowd numbering about 80 persons and heavily stoned,” said the official communique which was reported in the Cyprus Mail on March 20, 1956.

“Shortly after turning into a side road the vehicles were forced to stop and as the stoning was intensified the escort dismounted and fired a single shot. The crowd dispersed and it was then discovered that a boy of 7 years was lying in the road suffering from a shot wound. He later died from his injuries.”

At the service, Photiou explained that British officials tried to convince the boy’s father to bury the child under the cover of darkness to avoid further incidents, but he refused. “So, on March 15, 1956, a sea of sad and angry Larnaca residents said goodbye to Dimitrakis.”

Most of Demetriades’ close family members and friends, among them journalist Pambos Vasilas who wrote about the family’s search for the remains, have passed away, but his eulogy was read by his niece Stavroula Laki-Demetriade.

“Demetrakis had no gun or knife, just some rocks, which he was giving to other pupils to throw at the armed officers,” she said.

“The officer knew he had killed someone, but he did not know he was embarrassing his country and his army.”

PL board disqualifies Chelsea owner Abramovich as a director at club

Rare snow on the Pentadaktylos as the freeze continues