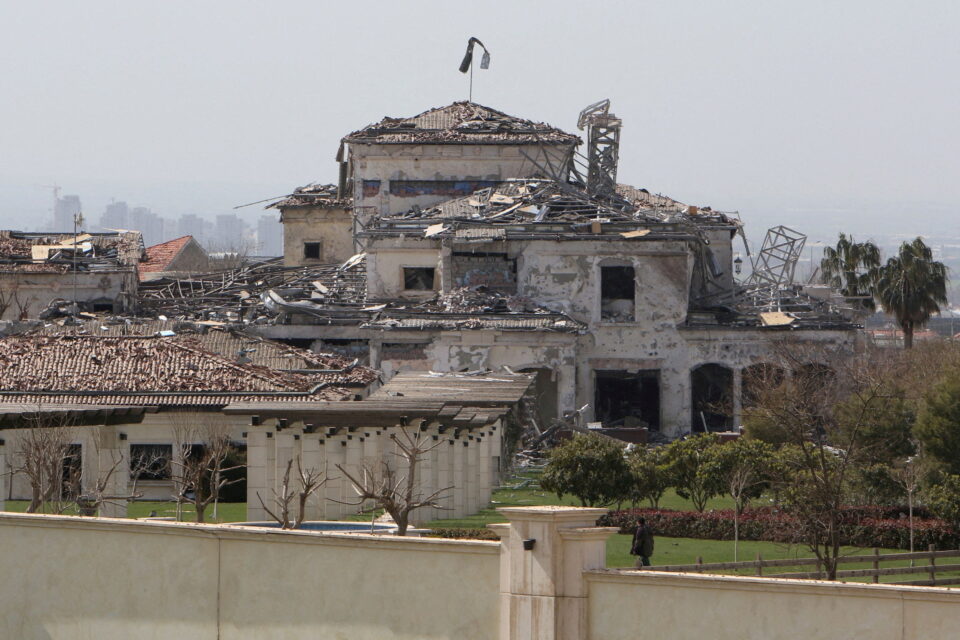 The United States needs to make a decision to wrap up a deal to salvage Iran’s 2015 nuclear accord with world powers, the Iranian foreign ministry spokesperson said on Monday amid fears that talks in Vienna might collapse.

Efforts to clinch a new deal were left in limbo after a last-minute demand by Russia – now at odds with the West over its invasion of Ukraine – forced the powers to pause talks for an undetermined time despite having a largely completed text.

Iran’s Nour News, affiliated with a top security body, described the foreign minister’s visit to Moscow as “a platform for serious, frank and forward-looking talks” between two countries which have demonstrated that “they can work very closely, decisively and successfully on complex issues”.

Washington would be open to “diplomatic alternatives” to prevent Iran from obtaining a nuclear weapon if a deadlock sparked by sanctions against Russia makes a formal return to the 2015 nuclear deal impossible, State Department spokesperson Ned Price said on Monday.

Talks taking place in Vienna were paused last week after Russia demanded sweeping guarantees that Russian trade with Iran would not be affected by sanctions imposed on Moscow over its invasion of Ukraine – a demand Western powers say is unacceptable and Washington has insisted it will not agree to.

“We are currently having a breather from the nuclear talks,” said Khatibzadeh. “We are not at a point of announcing an agreement now since there are some important open issues that need to be decided upon by Washington.”

The U.S. State Department said on Friday Washington continued to believe a potential deal to return to the 2015 agreement was close, but said decisions needed to be made in places such as Tehran and Moscow.

A collapse of the talks to restore constraints on its uranium enrichment programme could result in Tehran getting within sprinting distance of developing nuclear weapons, a prospect that could ignite a fresh war in the Middle East.

Tehran denies it has ever sought atomic bombs.

Still, Tehran seemed cautiously optimistic on Monday in assessing the future of the now 11-month-old negotiations.

“We will remain in the Vienna talks until our legal and logical demands are met and a strong agreement is reached,” Ali Shamkhani, secretary of the Supreme National Security Council, which makes the decisions in the Vienna talks, said in a tweet.

In Washington, 49 of the 50 Republican U.S. senators said they would not support a nuclear accord with Iran.

They pledged in a statement to do everything in their power to reverse an agreement that does not “completely block” Iran’s ability to develop a nuclear weapon, constrain its ballistic missile programme and confront what they termed Iran’s support for terrorism.

Qatari Foreign Minister Sheikh Mohammed bin Abdulrahman Al-Thani said he had discussed the nuclear talks with his Russian counterpart Sergei Lavrov during a visit to Moscow on Monday, without elaborating.

On Sunday, Iran fired a dozen missiles at Erbil, capital of the autonomous Iraqi Kurdish region, in an assault that appeared to target the United States and its allies.

Tehran had warned Iraqi authorities many times that its territory should not be used by third parties including Kurdish militants, the United States and Israel to conduct attacks against Iran, Khatibzadeh said.

Iranian state television reported on Monday that security forces had thwarted planned sabotage at the country’s Fordow nuclear site by a network recruited by Israel, and that the forces had made several arrests.

Iran has accused Israel – widely believed to have the Middle East’s only nuclear arsenal – carrying out several attacks on facilities linked to its nuclear programme and of killing its nuclear scientists over the past years. Israel has neither denied nor confirmed the allegations.

Hope for Children NGO steps up volunteer network for Ukrainians