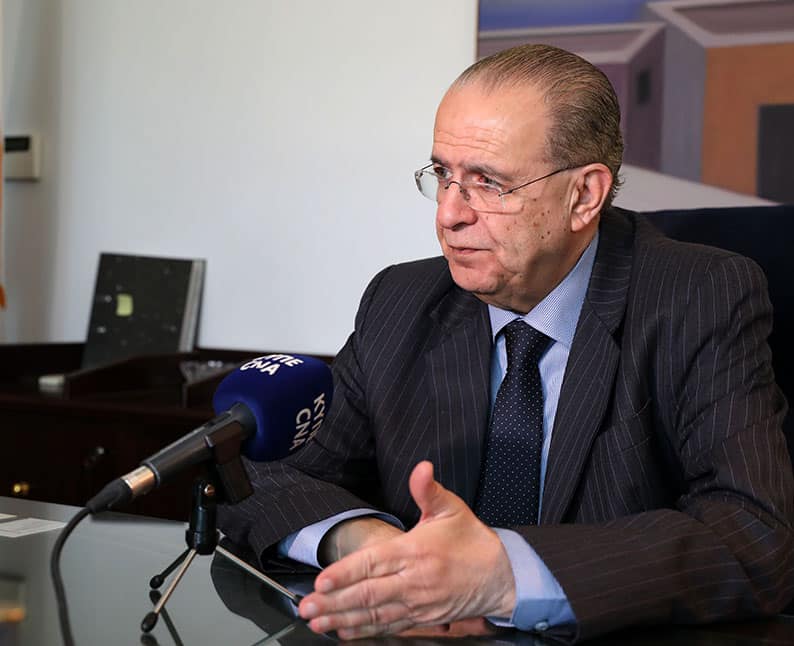 Russia’s invasion of Ukraine has eclipsed the Republic’s policy shift towards promoting confidence building measures (CBMs) with the north, while murmurings over Turkey’s role in mediation efforts are also on the rise.

The foreign ministry under Ioannis Kasoulides has shifted its approach in its efforts to break the deadlock in talks on the Cyprus issue, pivoting away from pressing for sanctions and instead promoting CBMs – a move with far greater international backing and support.

The CBMs announced earlier this year were met with a lukewarm response from the north, while Kasoulides on Monday said that the war in the Ukraine has engulfed the political arena.

Asked about the lack of progress on the CBMs, Kasoulides told local media that those who would have been working on promoting them now have their attention focused on Ukraine.

The main points put forth by the Republic are the handing over of fenced-off area of Varosha to the UN, putting the Famagusta port customs services under EU authority to facilitate trade with the outside world and the operation of Tymbou (Ercan) airport under the UN.

But elsewhere, eyebrows have been raised over Ankara’s hosting a meeting of foreign ministers, while the nation which shares a maritime border with both Ukraine and Russia has been working with Israel to hold talks between Russia and Ukraine on the invasion.

Asked about Ankara’s latest role in the region, Kasoulides said that Turkey’s geostrategic value has always been important due to its location, size, and also the role it seeks to take on at a regional and international level. He added however that he does not believe its latest diplomacy push adds to it any greater value.

But Nicosia remains concerned that Ankara has so far refrained from joining in on EU-wide sanctions on Russia and that it could seek to gain from the bloc’s severed ties with Moscow – an issue which took centre stage late last month as the Russian ambassador said that “Cyprus and EU have shot themselves in the foot”.

Kasoulides again expressed concern, saying that Turkey ought to join in on the sanctions as a Nato member and an EU candidate – bemoaning that “this attitude by Turkey continues to be tolerated… For the time being silence prevails”.

The foreign minister also touched on the Israeli president’s recent visit to Turkey, saying that he does not believe it will change the balance of Nicosia’s relationship with Jerusalem.

“I don’t believe that the political balance will change… If you look at reports in the Turkish press, you will identify a well-known political exaggeration, while on the other hand, reports in the Israeli press are more contained, expressing a more cautious approach to developments,” he said.

He added that the friendly ties developed with Israel, both bilaterally and in the context of our multilateral cooperation with Greece and the US in the framework of the 3+1 format, are sincere – based on principles and have led to consolidating our mutually beneficial cooperation.

“This, after all, was made publicly clear also by Israeli government officials… Therefore, I don’t believe that our relations will be affected,” he said.

“As I reiterated several times, relations between countries should not be governed by a zero-sum approach.”