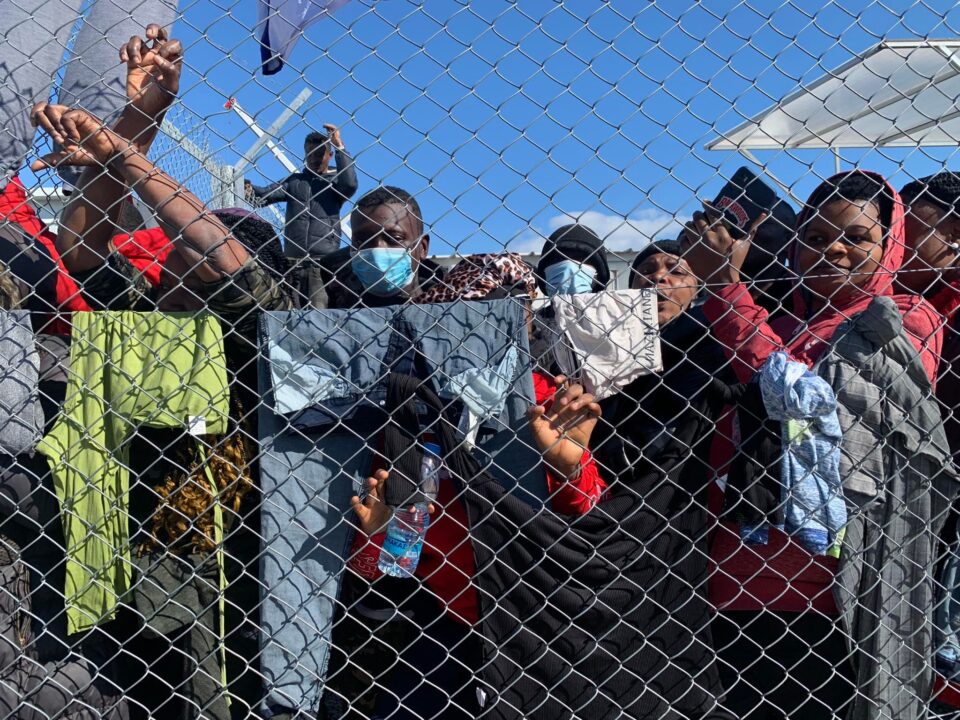 In the wake of the uproar over living conditions for unaccompanied minors at Pournara migrant reception centre, MPs on Monday focused on the delicate subject of how to determine whether the mostly young men are indeed under 18.

MPs heard that there are delays and difficulties in finding proper procedures to determine the age of those who claim to be under 18 so that they can receive appropriate care and assessments of their asylum applications.

Speaking during a House human rights committee, Deputy Minister for Social Welfare Anastasia Anthousi said it is a priority to find the proper procedures for the complicated task of age assessment.

“We have a responsibility to those persons who are truly minors. There is a much greater risk of minors mixing with adults who claim to be minors,” Anthousi said, giving the example of adults posing as minors and sexually exploiting children.

She added that 60 per cent of the 64 people who claimed to be underage and received a medical age test last year ended up being adults.

However, not everyone will agree to undergo a medical age-test after the customary psychosocial interview.

Her ministry intends to find a legal avenue so the state can proceed with the examination of an adult’s asylum application if there are reasonable suspicions that the person is not a minor and refuses to undergo the relevant medical examination, in accordance with the refugee law.

“We are in consultation with the Legal Service to see how this can be done,” Anthousi said, adding the state has also asked the European Commission to communicate the best practices and contribute to the process.

According to the deputy minister, the existing structures can host about 160-170 minors, but there are currently 769 minors in various facilities.

“The numbers are no longer manageable,” she said, explaining that before September last year, there were 73 minors with the number skyrocketing to 268 in December that year.

The accommodation issue must first be resolved for the relevant authorities to activate a plan for the education and integration of minors, Anthousi explained.

The deputy minister was responding to the children rights commissioner Despo Michaelidou’s report published last week, as well as her statements at the committee regarding the alleged poor living conditions in Pournara and the gaps in the education of the migrant children.

There is a need to re-evaluate and speed up the procedures of processing the applications of minors, the commissioner said.

Michaelidou also referred to a “conflict of interest” because the legal guardians of unaccompanied minors, the social welfare services, have doubts whether many are actually children.

Meanwhile, the interior ministry has repeatedly said there can be no educational facilities in Pournara since it is a temporary stay centre, despite the fact that some children and adults end up staying there for several months.

Director general at the interior ministry Costas Constantinou told MPs that all necessary procedures for 356 minors in Pournara were completed a few days ago, but authorities were facing difficulties in finding a place to receive them.

He said 72 of them were transferred to a hotel in Larnaca, where close contacts of persons with covid-19 are accommodated, and another 20 in structures under the responsibility of the deputy ministry.

Another 155 people, for whom vulnerability and age assessment are pending, will for now be transferred to a temporary structure

Constantinou said the ministry is also working on a medium-term planning, which will convert the facilities in Pournara so that it can operate based on 2022 data. This project is estimated at €20m.

Earlier this month, about 30 unaccompanied minors blocked the roads near the centre in Kokkinotrimithia to protest the living conditions, while some left and refused to return to the camp, preferring instead to sleep outdoors in downtown Nicosia.

Of them, nine were transferred to hope for children 24.7 facilities on Friday.

Speaking after the meeting committee chair Akel MP Irini Charalambidou said that a separate facility must be created for underage migrants, stressing the state must act proactively to protect the children.

In her statements, ruling Disy MP Rita Superman said migrants claiming to be underage should undertake a medical age-test to determine their actual age, as a big portion of those might be in fact adults trying to take advantage of the system.

“I will not forget one particular person with a shaved head whose hair, which was white, began to grow. I wonder how we allow this mockery,” Superman said.

She gave the example of Sweden, where more than 80 per cent of unaccompanied minors turn out to be adults, adding that a German study in 2019 showed that at least 40 per cent are adults.

This is due to the fact that children are treated more leniently than adults when they commit crimes such as robbery, theft, drug trafficking and they also ensure a safe stay up to the age of 18 while taking advantage of the systems in the country of residence.

She added that arrivals of alleged minors have increased sharply following the high number of refusals in the asylum applications of adults.

“We should be particularly concerned about the weakness of the system, including the long-term monitoring of the cases of unaccompanied minors from their arrival to their integration, possible disappearances, the increase in crime and their education,” she added.

Our View: Time the government broke free from its Covid-19 mindset

Energy prices at the mercy of speculative money