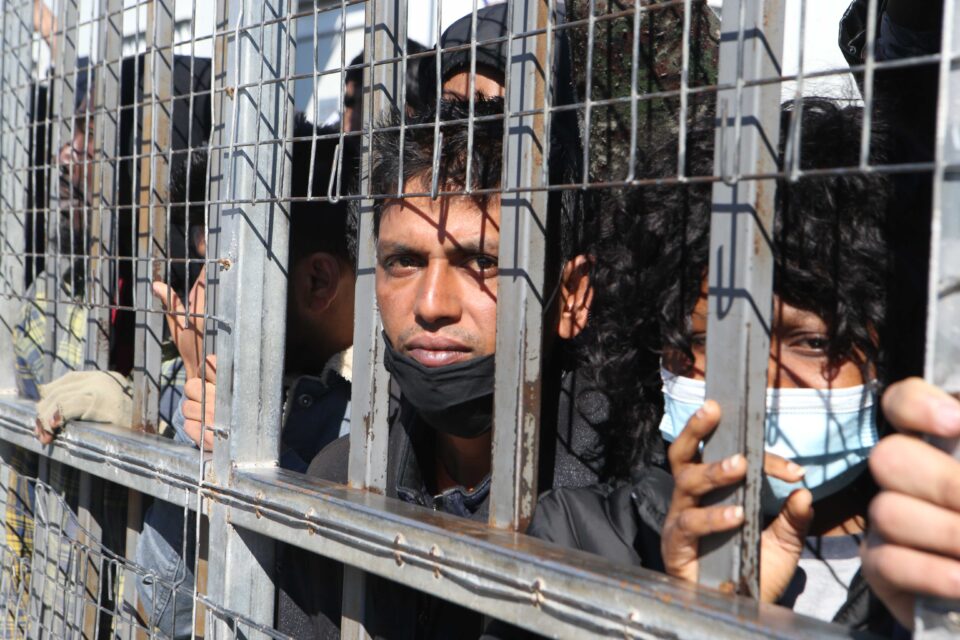 As a row over living conditions at Pournara reception centre rumbled on, child commissioner Despo Michaelidou on Tuesday clarified that she had misspoken the previous day when she said that people-smuggling rings had tentacles in the police.

Her clarifications on state television came in the wake of quick denials from police and government ministers.

Michaelides said what she had said was based on her impressions when, as a supreme court judge prior to her appointment as child commissioner, she had heard appeals from asylum-seekers whose applications had been rejected. And in any instance, she had not meant to refer to people-trafficking.

“What I said was during a discussion as to why asylum-seekers may stay for so long, and I was referring to links between asylum-seekers and lawyers who prolong the time asylum-seekers stay,” she said, adding that she had contacted the justice minister and police and explained the context and content of her remarks.

Earlier, Interior Minister Nicos Nouris had taken to Twitter deny he had ever said he had knowledge of links between traffickers and police, and police spokesman Christos Andreou said that no such complaints had ever been submitted, while police union Isotita (equality) demanded the commissioner either submit proof or withdraw the comment and apologise.

The angry response followed a House human rights committee meeting on living conditions at Pournara on Monday, the same day President Nicos Anastasiades visited the reception centre and then presided over a high-level meeting that decided on a series of steps to ease overcrowding of both the adult population and of unaccompanied minors there.

His visit came days after dozens of minors had left the centre and camped near a church in Nicosia to protest over living conditions.

According to the Cyprus News Agency’s report on the committee hearing, Michaelidou, who last week submitted a damning report about the plight of unaccompanied minors at Pournara, told MPs that rings involved in the smuggling of migrants were linked to economic interests. Tentacles extended to the police, and the interior minister was aware of this, she added.

Nouris rejected this as “completely untrue”. In a tweet, he said this followed what he described as commissioner’s unfounded remarks that children at Pournara were given only a piece of bread and a small bottle of water in the morning.

And speaking on state TV on Tuesday, he denied having such knowledge. He said that smuggling networks must be combatted and asked for the active support of political parties.

He said Cyprus, which has the highest number of asylum applications per capita in the EU, was struggling to cope. On Monday night alone, 99 irregular migrants crossed from the north, two of whom were unaccompanied minors. He said all had travelled from Turkey, and made their way across the buffer zone.

“This is a daily phenomenon that is of great concern to the ministry,” he said.

Police union Isotita also stepped in, saying any accusations of police corruption needed to be backed up. “If someone cannot back up or submit a written complaint, especially when it is a public figure speaking to MPs in the temple of democracy, they should not leave shadows over 5,000 police,” it said.

Meanwhile continuing meetings with parliamentary parties on the migration issue, Nouris on Tuesday met Christos Christou and Linos Papayiannis, president and MP respectively of far-right Elam, saying it was a matter of national concern that all parties needed to be briefed.

USB hub withdrawn from market as not safe