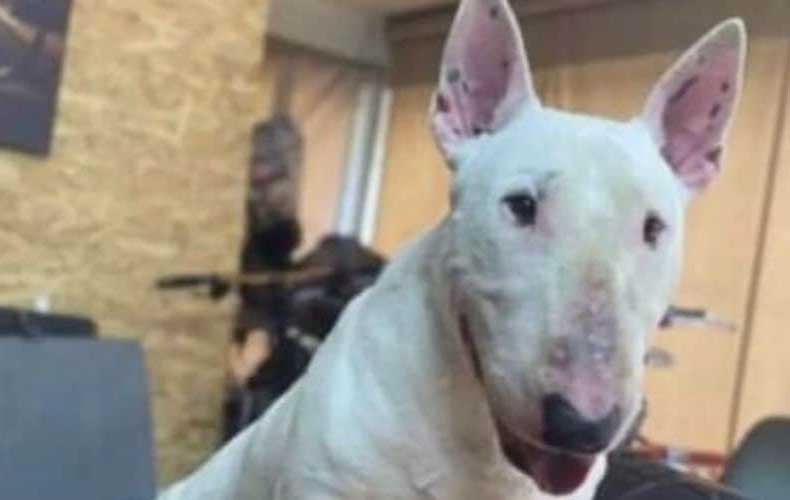 The Green party on Monday accused police of negligence in their ongoing investigation into the death of a dog whose owners suspect was buried alive by workers at a construction site in Lakatamia.

According to the party, Kimbo, the white male dog belonging to a family in Lakatamia, went missing last Tuesday.

Following continuous efforts to locate him, the family said a crew carrying out excavation works near their house admitted the next day to accidentally killing Kimbo with their equipment and burying him on site.

The family asked to see the body of their dog and noticed he had only a small injury on his leg and started suspecting he has been buried alive.

Kimbo’s owner contacted Lakatamia police station and the Nicosia animal police immediately, however he claimed that officers were not interested in taking statements or having a necropsy carried out to determine the cause of death.

On Friday following an intervention by the party, the family were called in and submitted a statement at the Nicosia central police station. Up to that stage, a necropsy on the dog had not been carried out.

“Cyprus police have neglected this particular case and there is a serious possibility that they would never have proceeded to investigate this incident further,” coordinator of the party’s animal action group Anthi Mourouzi said.

On Sunday, police contacted the family and asked to dig up their dog and hand it over to the police.

“From the moment the complaint was made, they should have picked up Kimbo to conduct a necropsy,” Mourouzi said, describing their handling of the case “unacceptable and regrettable”.

The party referred to an alleged understaffing of the animal police department but said this “is not a sufficient excuse”.

In response, police spokesman Christos Andreou rubbished the accusations and told the Cyprus Mail that “the investigation is ongoing”.

He confirmed that a complaint of animal violence was made to the police on Tuesday, but without any details. The owner of the dog, a woman, proceeded to a complaint on Friday, the police man said.

On the same day, officers took a statement from the excavation crew, he said, rubbishing claims of negligence on the part of the police.

“It appears that some people from a nearby excavation site were involved [in the dog’s death],” Andreou said.

“They made some allegations, that by accident while using a specific piece of equipment hit the dog and he died.”

He added that police dug up the dog, and a necropsy was carried out on Monday by the state veterinary services. “We are expecting the results, based on which we will see the offences that arise.”

The officer clarified that police do not carry out necropsies, therefore the date was not up to them.

“All possibilities will be investigated,” the officer said, adding the dog’s owner might also be found responsible.

The accusations come as House President Annita Demetriou met with the animal party on Monday to discuss animal welfare issues. During the meeting, they highlighted the need to modernise the current legislation and promote awareness regarding animal cruelty, a parliament statement said.