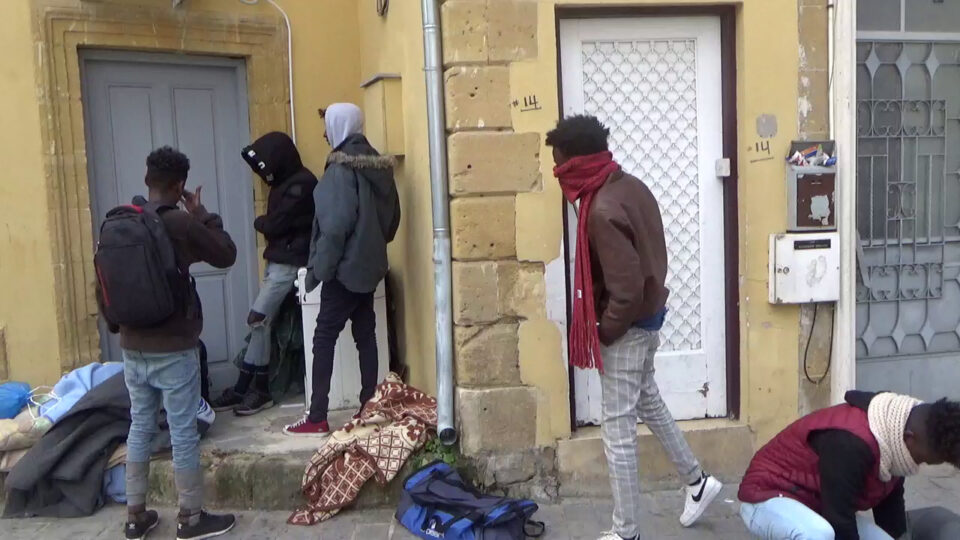 Nine young Somali migrants camped outside the Hope for Children shelter in old Nicosia say they will not leave until their situation is resolved.

The boys, who told the Cyprus Mail they were all 16 or 17, have been in Pournara reception centre for between five and seven months and say they can’t take anymore, especially given the bad conditions. They slept outside on Monday night, and are planning to remain on the street despite the cold weather.

The group’s spokesman, 17-year-old Mohammed, said they were long overdue for release from the camp, especially those – like himself – whose paperwork was complete. “If you finish your process, what are you doing in Pournara? I’ve finished all the process.”

Mohammed, who says he left Somalia “for security reasons”, has family in northern Europe, and says he’s now waiting to be allowed to join them.

“I hate my life to stay in Pournara,” said another of the migrants, translated by Mohammed. “I don’t have a life, I don’t have education. Most of the time it’s just sleep and eat your food.

“In Pournara camp, 300 people are using two broken toilets,” claimed Mohammed. “The shower is not working properly. It’s cold. For two weeks we can’t take a bath, because it’s cold. Also the door of the toilet is broken, you need someone to help you [keep it shut].

“So some people have skin problems, because of the situation. We don’t have clothes. We sleep in one room, 15 people – two people in each bed, on the floor three people. So we lived that life for seven months.”

It’s especially galling, he says, because “every month you see someone who came after you being released”.

The final straw for Mohammed and another of the group came when they were transferred out of Pournara – but only to be taken to a Covid quarantine hotel in Larnaca (though neither one had Covid) where they weren’t allowed to go outside or even move between floors, except to eat.

The two migrants escaped and came to the street outside the shelter in Nicosia, joined by the others from Pournara.

It’s a last-ditch solution, but desperate measures seem to have worked before. Mohammed mentions another Somali teenager, a friend of theirs, who has “psychological issues” and tried to kill himself on three occasions by running in front of a car. He was finally released from the camp, and is now in the shelter.

Is it wise to ditch your cleansing routine?