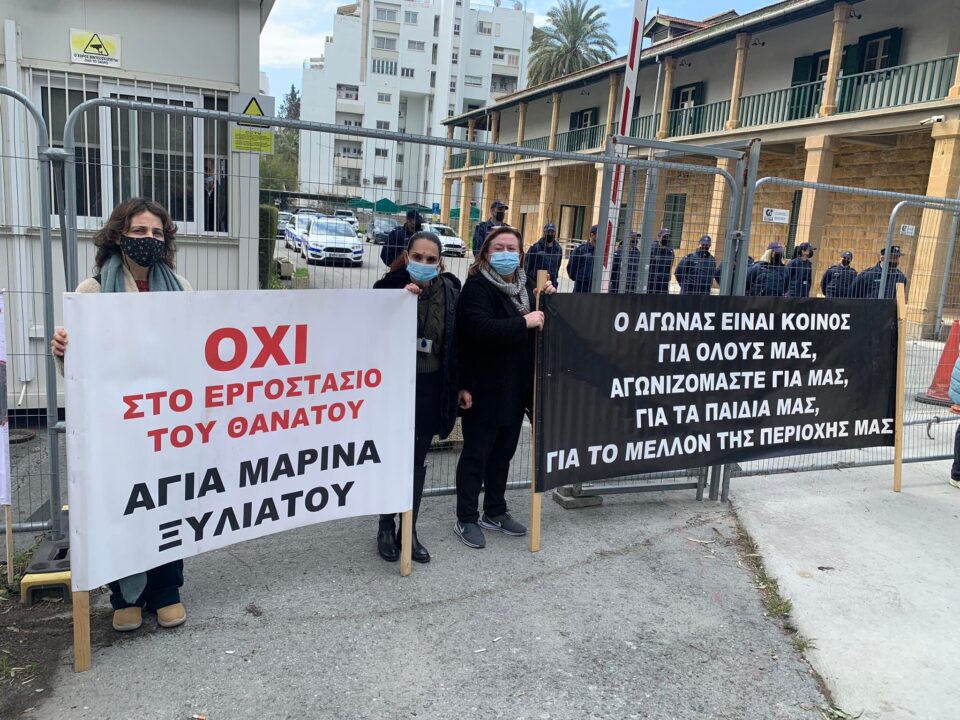 Saying they are already burdened by other polluting industries, 12 Nicosia communities on Tuesday protested the relocation of an asphalt plant to their area.

Holding signs reading “We say no to the death factory” and “Stop. You will not sacrifice us at the shrine of money”, they gathered outside the interior ministry where they submitted a petition before continuing to the presidential palace.

Tempers flared during an exchange with Interior Minister Nicos Nouris, who on arrival at the ministry, told demonstrators that safeguards have been introduced such as a ‘red button’ that would terminate the operation of the factory if there is an increase in emissions.

But demonstrators were unconvinced and started to shout at the minister, prompting him to end his discussion and head inside.

“If they insist on moving the factory they will find us in front of them,” a demonstrator said.

The previous day, they had sent a letter to the president as well as the agriculture and interior ministers communicating how they feel “abandoned by the state itself” and have no option but to protect their children themselves.

The state insists on moving the “death factory next to our children”, they said, adding that no official has responded to their calls for a meeting.

In the letter, they also refer to February’s decision of the Supreme Court to suspend the operation of the two asphalt factories in the areas of Geri and Tseri pending their relocation after residents complained of pollution, which affected the primary and nursery school in Dali.

“Even though you don’t care about these innocent souls, they are the most precious thing in the world to us,” the letter said.

Mitsero residents have held demonstrations against the move earlier this year, while they started protests last year before the move was officially announced.

Meanwhile, the nine communities around Vasiliko area have also repeatedly warned they would take dynamic measures if the decision to relocate two of the three Dali asphalt plants to their area is implemented.