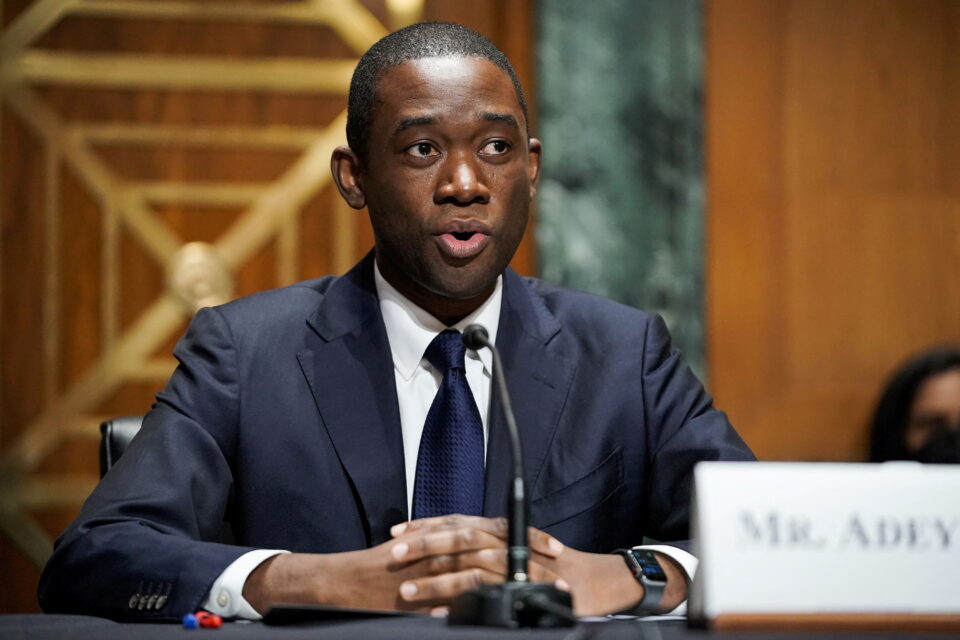 U.S. Deputy Treasury Secretary Wally Adeyemo will travel to Europe next week to coordinate sanctions with allies over Russia’s assault on Ukraine and discuss next steps with partners, including targeting critical sectors of the Russian economy, a Treasury Department spokesperson told Reuters.

Adeyemo will meet with counterparts responsible for sanctions in London, Brussels, Paris and Berlin between March 28 and April 1, the spokesperson said, as Washington looks to ramp up pressure on Russia over the biggest assault on a European state since World War Two.

The spokesperson said the visit would follow up on President Joe Biden’s visits this week to Brussels and Poland to coordinate an international response to Russia’s invasion – an assault that Moscow calls a “special operation” to disarm and “denazify” its neighbor. Read full story

The United States, Australia, Canada, the European Commission, France, Germany, Italy, Japan and the United Kingdom launched REPO last week to collect and share information to be used against the oligarchs, the Treasury said in a statement.

The United States and its allies have imposed several rounds of sanctions, including against major banks and Russian President Vladimir Putin, since the assault on Ukraine began nearly four weeks ago.

While the Treasury declined to specify which sectors might be targeted next, a debate is brewing in Europe about hitting Russia’s energy sector, which Washington has warned it could target further.

Daleep Singh, deputy U.S. national security adviser for economics, has said Washington can still expand its sanctions to include more targets, banks and sectors that have yet to be touched.

“The commanding heights of the Russian economy. It’s mostly about oil and gas, but there are other sectors too,” Singh told the CBS television program “60 Minutes” in an interview broadcast on Sunday.

Washington has slapped sanctions on Russia’s central bank, major lenders and Russian oligarchs, among others, and Biden this month imposed an immediate ban on Russian oil and other energy imports.

But the European Union’s foreign ministers disagreed on Monday on whether and how to slap sanctions on Russia’s lucrative energy sector, with Germany saying the bloc was too dependent on Russian oil to decide an embargo. Read full story

Targeting Russian energy exports, as the United States and Britain have done, is a divisive choice for the 27-nation EU, which relies on Russia for 40% of its gas.