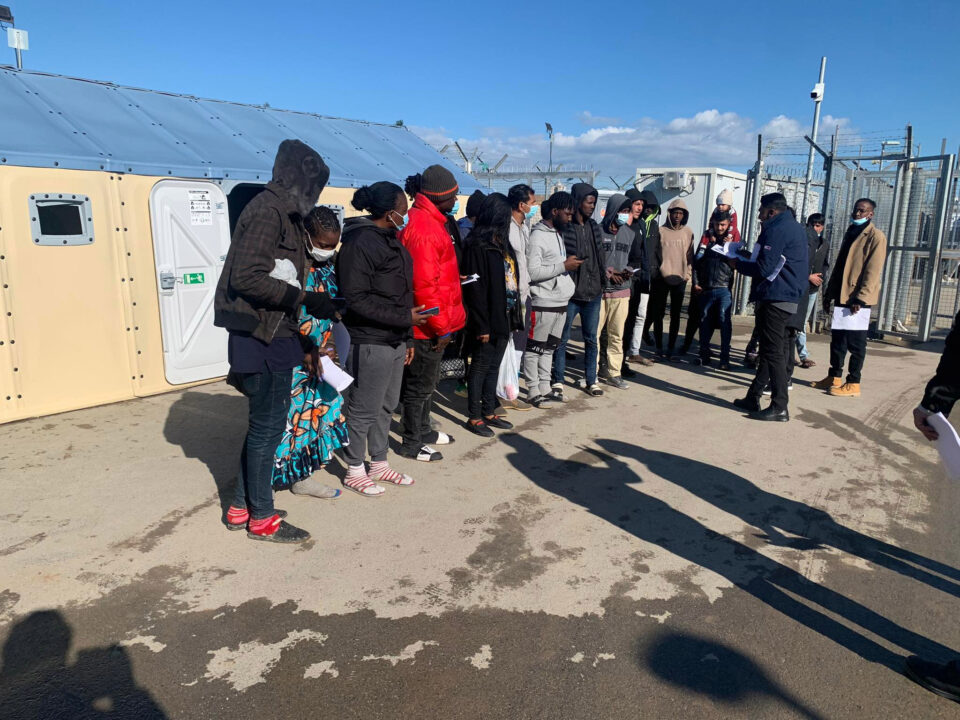 File photo of the Pournara facility

Despite the Cyprus legal framework providing extensive protection from discrimination on the basis of a person’s race and ethnic origin, religion or belief, sexual orientation, disability, sexual orientation, gender and age, such phenomena are often seen on the island, according to the Ombudswoman’s office.

George Kakotas from the Ombudswoman’s office, which also acts as the Office of the Commissioner for Administration and Human Rights, said in an email interview that based on their experience, the groups of people that are most vulnerable to discrimination are: migrants, asylum seekers and/or refugees, people with disabilities and LGBTQI people.

He cited as an example an incident this month where the Ombudswoman’s office issued a report following a visit to the Pournara migrant centre.

“In the report that was drafted, we stated the problems and shortcomings of the facilities and living conditions that were observed and submitted specific recommendations for their facilitation,” Kakotas said.

Also, a month previously they issued a report in light of violent attacks that inflicted on third county nationals working in the field of food-delivery-services.

“The state was called to firmly react and apply a zero-tolerance approach concerning such events and specific recommendations were made to the police concerning the criminal examinations of the incident and to the ministry of education, stressing the need for further awareness raising, sensitising and education in schools with respect to acceptance, respect and equality.”

Kakotas said they had also issued reports on incidents of online hate speech derogatory and offensive to specific groups of people which contributed to the cultivation of negative stereotypes and hostility against them, on the basis of their origin and/or religion.

“It would be hypocritical to say that the Cypriot society has not been challenged with respect to its attitude towards the flow of asylum seekers arriving in the country,” he said

“Similar to other receiving countries, racist or xenophobic approaches within the local society do occur, a phenomenon that is related, amongst others, to a number of impressions cultivated in society.”

For example, he added, asylum-seekers have, on occasions, been referred to as ‘illegal immigrants’ in the media and portrayed negatively, something that can amount to the rise of xenophobic feelings, misrepresentation of third country nationals in general and the cultivation of stereotypes against them.

At the same time, associations fighting against discrimination are quite active in Cyprus and have a voice on the issues that they address, he said.

The majority of NGOs working on human rights issues and non-discrimination are in close collaboration with the Ombudswoman’s office either by filing complaints or drawing to our attention incidents or general issues of concern, based on their work-field.

On Covid, he said a number of issues have been raised by individuals and non-governmental organisations regarding the way that the pandemic has been handled by the authorities in Cyprus and especially the restriction measures implemented.

The commissioner, Kakotas said, made a number of interventions which aimed to protect the rights of vulnerable groups of people during the pandemic, including protection from discrimination.

Amongst others, the commissioner made interventions for the protection of people deprived of their liberty, people with disabilities and asylum seekers residing in reception centres.

In July 2021 they issued a statement/opinion regarding a number of measures that were adopted at the time by the state, and their compatibility with human rights law.

This was issued after a number of complaints were received against specific measures adopted, including: the obligation to wear masks, mandatory testing for workers and other such measures.

The Ombudswoman’s office stands for the notion that, according to the human rights legislation, individual rights may be restricted through special legal provisions “which, however, must be in line with the principle of proportionality, have a temporary duration, facilitate a legitimate aim and are absolutely necessary in a democratic society”.

“We stressed that, in the context of the positive obligation of the state to protect public health from the pandemic, it must be ensured that all the measures taken to this end, are in line with the principles of the human rights that are analysed in the Statement, and in particular, with the principles of necessity, proportionality and non-discrimination, and are of a temporary nature,” he added.

A case in point was a report issued in December 2021 regarding the protocol of operation that was decided by the Cyprus’ Technological University (Tepak), in view of the pandemic.

“Our intervention emphasised on the university’s decision to allow access to campus and physical presence to lecture rooms and laboratories, only to student who were vaccinated or were diagnosed positive to the virus,” Kakotas said.

“A large number of unvaccinated students complained to us against the controversial decision, claiming that they were unjustifiably discriminated and that their right to access to education was violated. In our report we… concluded that the controversial decision was not adequately justified by the university, and that, taking all into consideration, the said decision did not comply with the principals of proportionality and non-discrimination.”

On the question of Ukrainian refugees, Kakotas said there is nothing to suggest that possible Ukrainian refugees would be faced with hostility or prejudice. “There is a significant Ukrainian community already residing in Cyprus. The Cyprus public seems very sympathetic to the hardships suffered by the Ukrainian people and, already some organisation, have taken initiatives to collect humanitarian aid and send it to Ukraine. However, it is hard to estimate the public response to a potential influx of Ukrainian refugees,” he added.

World TB day: Tuberculosis has killed more people than any other single infectious agent in history

10 things to know about collaborative robots